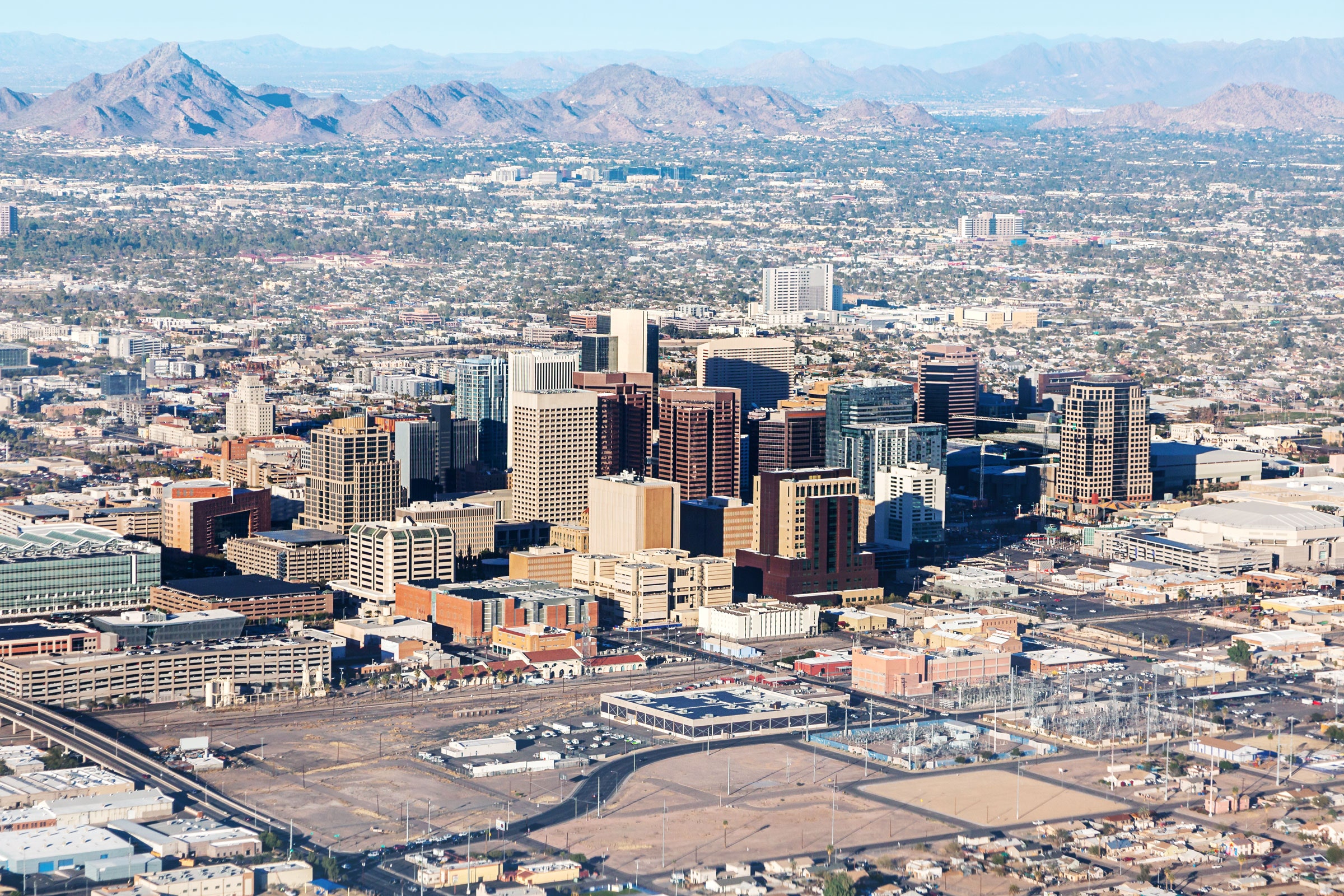 If you’ve ever driven from the country into the city and marveled at how the temperature dramatically spiked, you’ve felt the urban heat island effect. The streets and buildings of a metropolis absorb the sun’s energy during the day and gradually release it at night. The built environment essentially bakes itself, and temperatures can soar as much as 20 degrees Fahrenheit higher than the surrounding country, which benefits from swaths of trees that “sweat,” releasing water vapor and cooling the air.

As global temperatures rapidly climb, scientists, governments, and activists are scrambling for ways to counter the heat island effect. According to the World Health Organization, the number of people exposed to heat waves jumped by 125 million between 2000 and 2016. Extreme heat kills more Americans than any other natural disaster, and is especially dangerous for folks with preexisting conditions like asthma.

By 2050, seven in 10 people will live in cities, says the World Bank. That will be a whole lot of sweltering humans. “I really see cities as kind of a canary in the coal mine type of situation, where you have a little bit of a harbinger of what the rest of the planet could be experiencing,” says Portland State University climate adaptation scientist Vivek Shandas, who has studied the heat island effect in over 50 US cities.

Shandas’ research has shown that even within cities, one neighborhood might be 15 degrees hotter than another, and that disparity maps to income inequalities. A major predictor of a neighborhood’s heat is how much green space it has. Richer parts of a city tend to have more greenery, and poorer parts have more concrete; they’re heavily developed, and filled with big box stores, freeways, and industrial facilities that soak up the sun’s radiation. A concrete landscape is so good at holding onto heat, in fact, that it’ll stay warm through the night. When the sun comes up, a poor neighborhood is already hotter than a rich neighborhood.

Scientists are just beginning to study whether they can bring down the temperature of city structures by deploying “cool” roofs, walls, and pavements—ones that are light colored and bounce the sunlight away. Lighter surfaces reflect more of the sun’s radiation than dark surfaces. (Think about how you feel while wearing black instead of white on a sunny day. This albedo effect is also part of the reason why the Arctic is warming so fast.) But while the thermodynamics are straightforward, the deployment of cool surfaces turns out to be weirdly complicated.

Take the problem of cooling roofs, says environmental engineer George Ban-Weiss, who studies cool infrastructure at the University of Southern California. In theory, it’s simple to paint the large, flat tops of commercial buildings white or light gray. Residential homeowners could opt for lighter tiles—regular old clay, in fact, reflects sunlight quite well. These modifications would cool down the air coming off a roof, as well as the structure itself, meaning occupants wouldn’t need to run air conditioning as often. If a building can support the extra weight, the owners could even create a rooftop garden packed with plants, which would cool the entire area by releasing water vapor.

But while these changes would make life more bearable for the people inside each modified building, if enough owners followed suit, in some areas it could have an unintended regional side effect. In a coastal metropolis like Los Angeles, the urban warmth usually contrasts with the coldness of the ocean, a differential that drives a reliable sea breeze. As land and sea temperatures get closer to each other, there may be less of that wind. “So that means less clean air coming into the city, which would tend to make pollutant concentrations higher,” says Ban-Weiss, plus the loss of the breeze that itself keeps people cool.