DeMar DeRozan: Bulls’ Losses to Warriors, Nets ‘Should Be All the Motivation We Need’

Home /Sports/DeMar DeRozan: Bulls’ Losses to Warriors, Nets ‘Should Be All the Motivation We Need’ 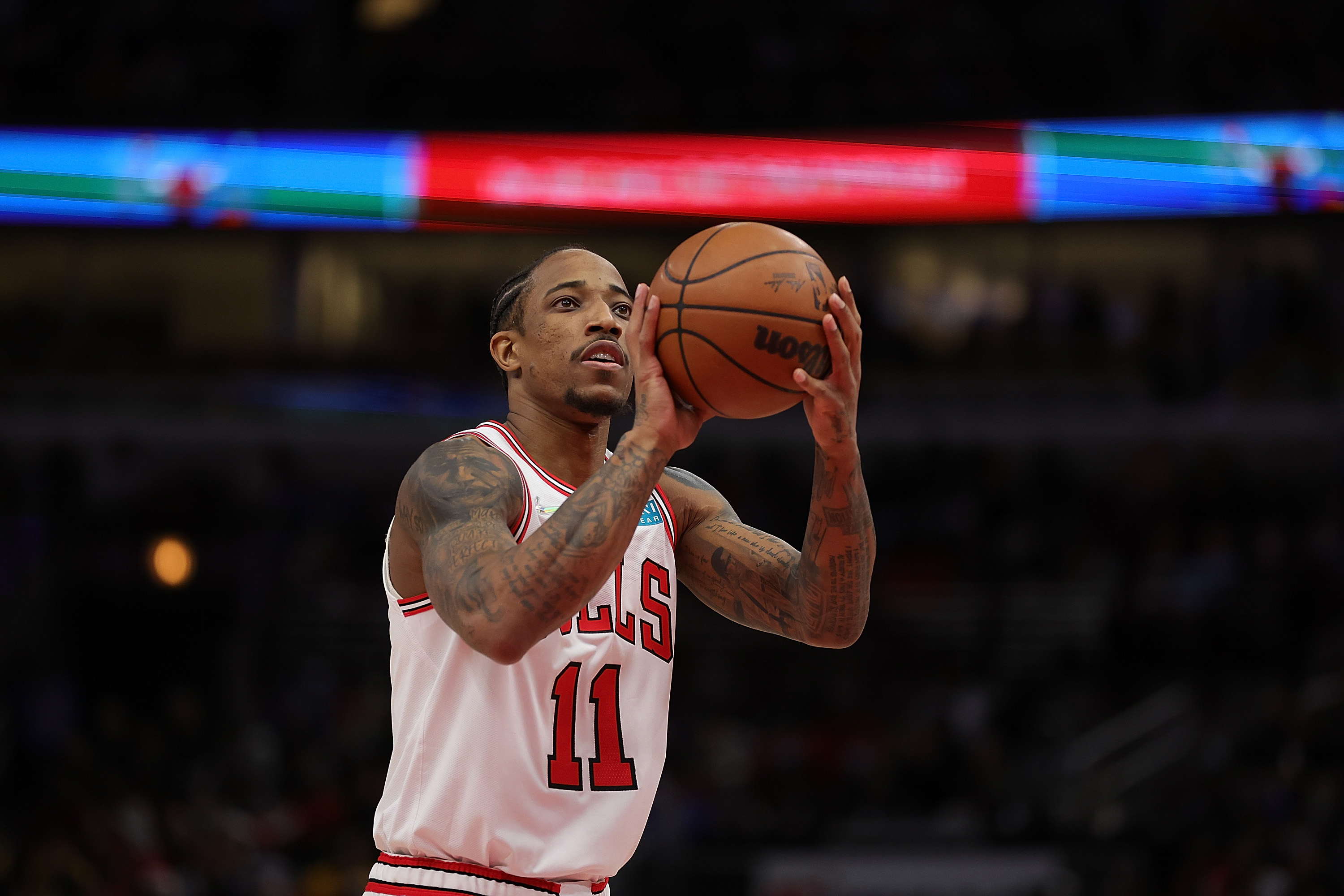 The Chicago Bulls were blown out 138-112 by the Brooklyn Nets on Wednesday and were embarrassed by the Golden State Warriors 138-96 on Friday at the United Center.

After the game, Bulls star DeMar DeRozan said the team’s second straight loss to a title contender should be enough to motivate the squad moving forward.

DeMar DeRozan: “These two games should be all the motivation we need to step up, play hard, play for one another.”

Friday’s game was the second straight contest the Bulls allowed at least 130 points. Things worsened for the team when Zach LaVine was ruled out with a knee injury just four minutes into the first quarter.

At 27-13, the Bulls still own the best record in the Eastern Conference. However, the team could drop in the standings with LaVine set to miss the team’s upcoming two-game road trip due to his knee ailment.

Chicago is also missing Alex Caruso, Tyler Cook, Javonte Green, Derrick Jones Jr. and Patrick Williams. The Bulls’ depth will undoubtedly be tested in the coming days, but DeRozan, Lonzo Ball and Nikola Vucevic should be able to help keep the team afloat until LaVine returns.