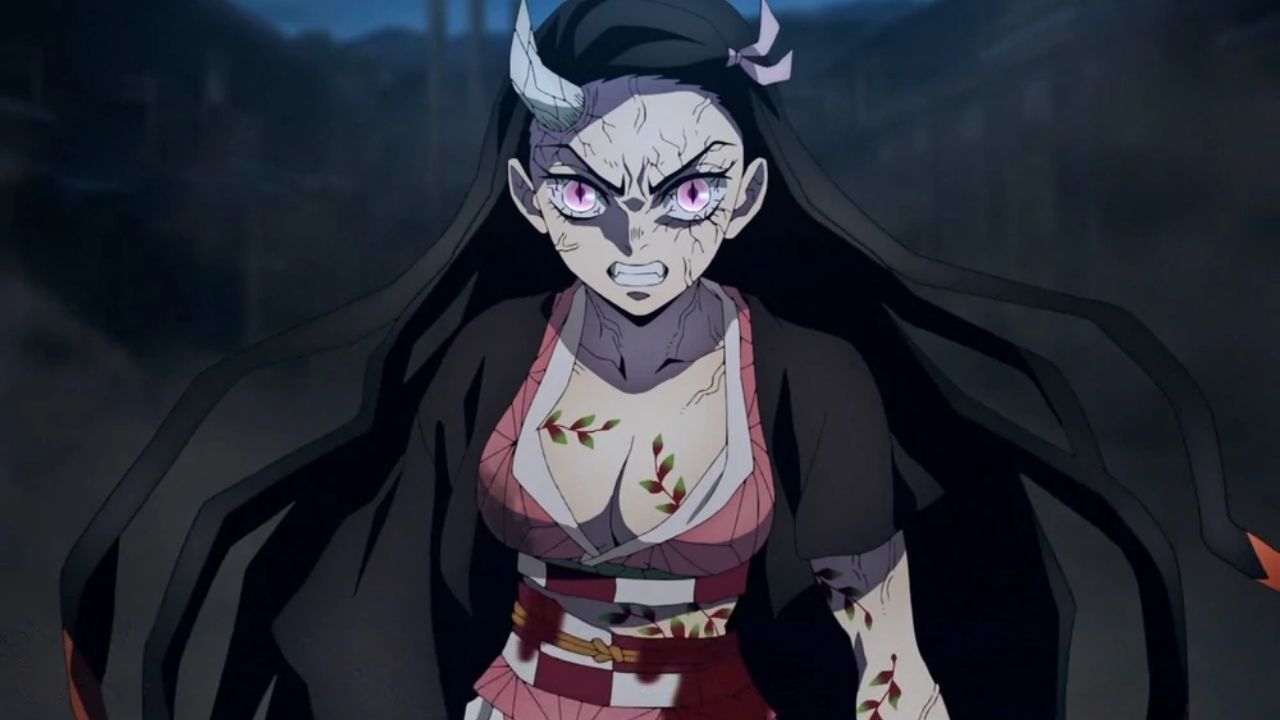 In episode 6, titled “Layered Memories,” Tanjiro fought Daki with his new breathing technique. Daki found out a Hashira was in the area and got excited to confront him.

Tanjiro got furious and went into an intense rage of Hinokami Kagura attacks. Daki was stunned by Tanjiro’s sudden power-up and recalled a memory. Tanjiro almost got killed, but Nezuko came to his rescue.

Nezuko changed into a different form and took on Daki. Tengen and the other slayers are seen making their way to the fight.

What will Tanjiro and the slayers come across as they find out the unexpected events in the district? Let’s find out as we get you the latest episode updates of the anime.

The Entertainment District arc keeps getting better each episode that comes by. The thrill that came with this week’s episode is beyond amazing, and I am in awe of how Ufotable gave its fans a jaw-dropping animation.

Everyone expected Tengen to show up, but seeing Nezuko take on Daki was astounding. What will Nezuko do to make Daki think twice about taking her on? Will Tanjiro continue to fight, knowing his sister is giving it her all?

The fight between Nezuko and Daki will continue in the next episode, and we’ll see how far Nezuko will go to take down the Upper Six. Tengen and the other slayers will show up to find that Tanjiro is injured and witness Nezuko’s fight.

With the demon slayers inflating the district, they are bound to encounter unexpected situations. Let’s wait and see how the following episodes progress.

Episode 7 of the Demon Slayer: Kimetsu no Yaiba season 2 part 2 anime, titled “Transformation”, will be released on Sunday, Jan 16, 2022.

1. Is Demon Slayer: Kimetsu no Yaiba on Break This Week?

Episode 7 of Demon Slayer: Kimetsu no Yaiba season 2 part 2 will be released as per schedule. No such delay has been announced.

This episode continues the fight between Daki and Tanjiro. Tanjiro now uses Hinokami Kagura to fight the Upper Six demon, which suits his fighting style. Daki gets annoyed by Tanjiro’s persistence and attacks him.

While attacking, her Obi from the lair returns to her body. She then gets excited, knowing there’s a Hashira in the area, and changes into a different form.

Daki releases a powerful attack that destroys most of the surroundings and injures a few people.

She realizes that there is something to take care of since she knows that a worthy opponent is a Hashira and can’t play around with a brat. Tanjiro recalls a letter from Shinjuro about the Sun Breathing technique.

As Daki states she has no regard for weaker people and they deserve to die, Tanjiro gets furious with blood covering his eyes.

He stops Daki when she tries to leave. Daki was surprised that Tanjiro could catch up to her even in her new form.

Tanjiro cuts her leg, but she instantly regenerates it back. Daki realizes that she has heard the words that Tanjiro told her. She wonders if the memories she’s getting are her own but realizes it must be from Muzan’s cells.

Tanjiro moves in to attack Daki. Daki uses Eight-Layered Obi Slash against Tanjiro, but he slashes everything in his path.

Tanjiro tries to decapitate Daki but loses control over his breathing. Even though Daki is stunned by Tanjiro’s strength, she finds him pathetic.

As Daki tries to kill Tanjiro, Nezuko appears and breaks her head with a kick. Daki seeing Nezuko, realizes this is the demon Muzan wanted to get rid of and finds herself lucky. Nezuko and Daki get into an intense fight.

Daki severs Nezuko and beats her down. She thinks Nezuko is weaker since she hasn’t devoured any human so far.

Nezuko then gets furious and changes into a different form. Daki sensing Nezuko’s power realizes the power is worthy of an Upper-Rank demon.

She faces Nezuko’s attacks and thinks she can handle them but only to find herself pinned down by a kick. Meanwhile, Tengen, Inosuke and Zenitsu make their way to find where the Obi went.

Where to Watch Demon Slayer: Kimetsu no Yaiba?

About Demon Slayer: Kimetsu No Yaiba

Demon Slayer: Kimetsu no Yaiba is a Japanese manga series written and illustrated by Koyoharu Gotoge. Its publication in Shueisha’s Weekly Shonen Jump began in February 2016 with 19 collected tankōbon volumes released as of present.

In a world filled with demons and demon slayers, Kimetsu no Yaiba follows the lives of two siblings Tanjiro and Nezuko Kamado after— the murder of their family at the hands of a demon. Their hardship does not end there, as Nezuko’s life is spared only for her to live as a demon.

As the oldest sibling, Tanjiro vows to protect and cure his sister. The story traces the bond of this brother-sister or better yet, demon slayer and demon combo against the odds of an arch antagonist and the society.