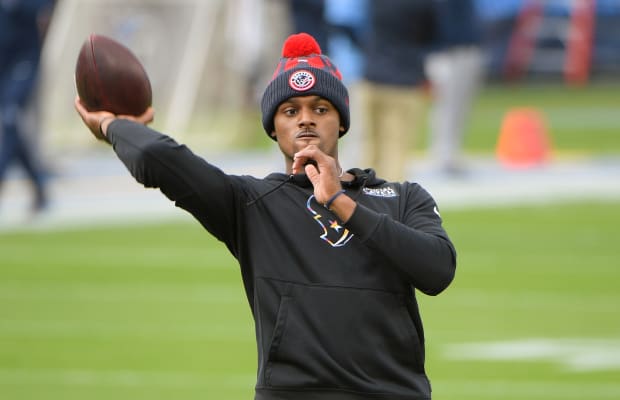 The Texans are reportedly looking to trade Deshaun Watson before the Nov. 2 deadline, but at least one potentially-interested team has removed itself from the running.

The Panthers are “not expected” to pursue a trade for Watson before the deadline, per the NFL Network’s Ian Rapoport. Carolina has been rumored as a potential destination for Watson, but for now, the Panthers will likely stick with Sam Darnold as their starting quarterback for the 2021 season.

Miami stands as the most likely landing spot for Watson if he is in fact dealt by the Texans. The Houston Chronicle’s John McClain reported last week that a deal between the two teams could be imminent, and the Dolphins are currently the only team for which Watson has signaled he’ll waive his no-trade clause.

Watson could be delayed in his return to the field if he is traded. He currently faces 22 civil suits and 10 criminal complaints alleging sexual assault or sexual misconduct during sessions with various massage therapists in the Houston area, which could result in a suspension or placement on the commissioner’s exempt list. Watson is currently under investigation both by the NFL and Houston police.