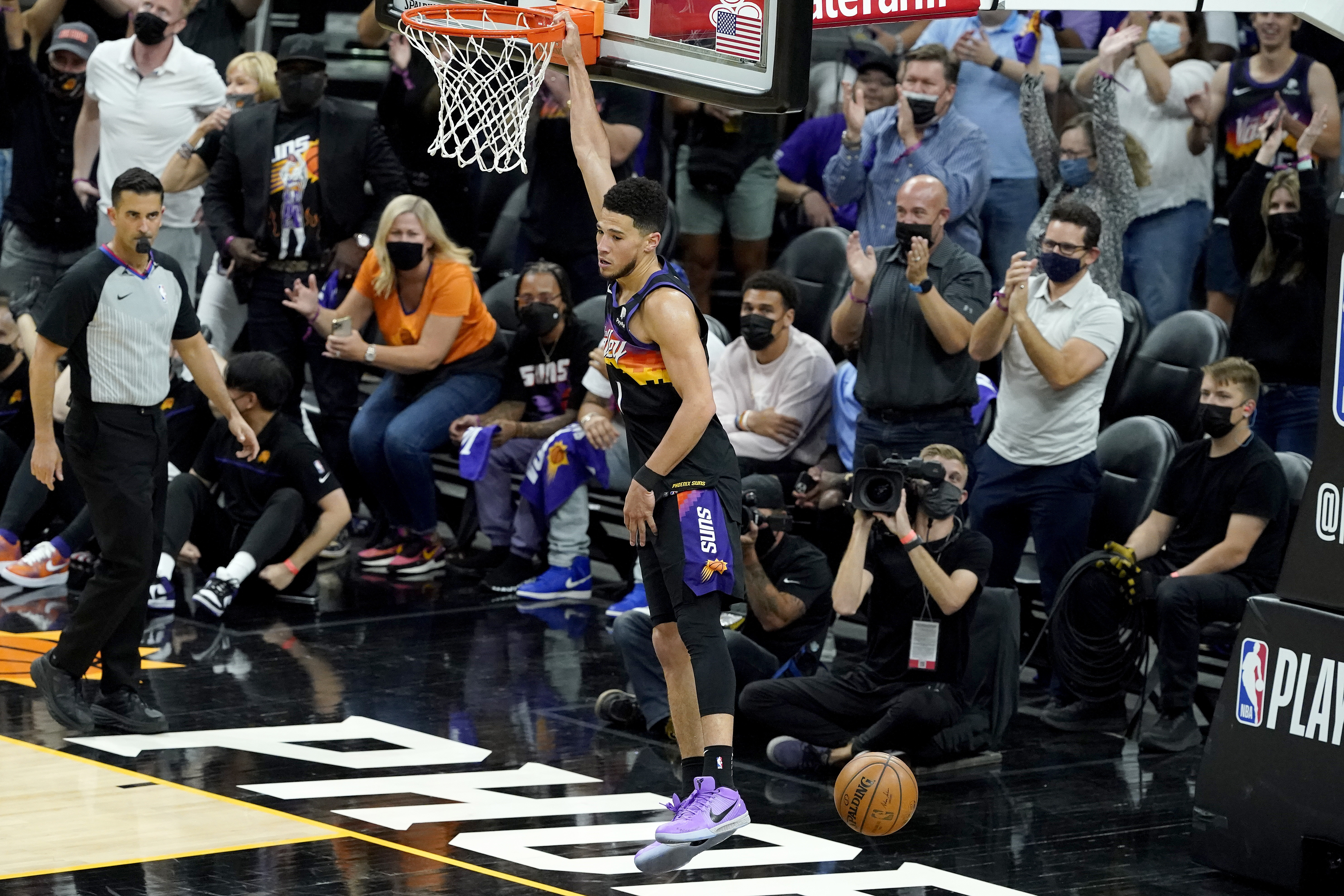 The Phoenix Suns are hitting their stride at the perfect time.

Phoenix defeated the Denver Nuggets 123-98 in Wednesday’s Game 2 of their second-round series at Phoenix Suns Arena and seized a 2-0 lead. Chris Paul, Devin Booker and Deandre Ayton led the way for the victors, who have now won five playoff games in a row.

A strong effort from Nikola Jokic wasn’t enough for the Nuggets, who will look to turn things around at home.

The Utah Jazz are the top seed, the Nuggets have the MVP, and the Los Angeles Clippers have Kawhi Leonard, but it’s difficult not to view the Suns as serious championship contenders with Paul as the veteran leader, Booker as an unstoppable scorer and so many in the supporting cast playing well.

It was more of the same out of the gates in Game 2 as the home team seized immediate control with Booker lighting up the scoreboard, Paul dishing out assists in the pick-and-roll, and Ayton battling for boards.

Throw in Mikal Bridges and Dario Saric providing secondary scoring, and Phoenix was up by double digits by intermission and seemingly well on its way to a commanding lead in the series.

Crowder and AG getting chippy 😳 pic.twitter.com/jf6b9gzj2g

This Booker and-1 is TOUGH 😳 pic.twitter.com/hRZJmb2eKb

It was Jae Crowder’s turn in the third quarter, as he drilled multiple triples before he and Aaron Gordon picked up double-technicals when they went chest-to-chest. Crowder fired up the crowd when he drew an offensive foul on Gordon on the same possession, and it only got louder when he was part of a swarming defense that cut off driving lanes and prevented extended Denver runs.

The Nuggets also had no answers for Paul in either the pick-and-roll or transition. The future Hall of Famer had plenty of space to either unleash his patented midrange jumper, throw lobs to Ayton or draw help to open up threes for Booker, Crowder and the other wings.

Phoenix pushed the lead to more than 20 and never looked back with Paul’s assists driving a balanced attack that featured six players in double figures.

That type of balance and one of the best floor generals in NBA history at the center of it all is quite the formula, and it succeeded once again in Game 2.

The Nuggets entered Wednesday’s game in comeback mode after their initial loss, but they at least got some welcome news when Will Barton returned from a hamstring injury for the first time since April 23.

He made an immediate impact with a three-pointer, multiple drives and length on the defensive end. Yet even Barton’s return wasn’t enough to make up for Michael Porter Jr.’s back concerns in the early going, as Denver’s No. 2 option struggled with his movement and touch as he shot 1-of-8 from the field in the first half and 3-of-13 overall.

The result was a 10-point halftime deficit even though Jokic was dialed in as the league MVP with shots in the lane and on the outside, impressive passes when Phoenix collapsed on him, and rebounding on both ends of the floor.

Welcome back, Will Barton 😤 pic.twitter.com/LYzyY3pFIK

Jokic continued his brilliance in the second half with runners in the lane reminiscent of a guard and control of the glass. Were it not for his performance, things would have gotten even uglier for the Nuggets as the game slipped away in the third quarter.

Never was Jamal Murray’s absence felt more than when Porter was laboring and a secondary option for Jokic was missing as the Suns expanded their lead.

It also didn’t help that the visitors struggled from three-point range until the game was largely over, which undercut any comeback efforts even with Jokic playing well.

It was clear throughout the game that Phoenix is going to struggle containing Jokic like so many other teams did during the season. After all, there is only so much opposing defenses can do when he scores everywhere and passes like a point guard. Still, the Nuggets will be quickly eliminated if he doesn’t get more support than he did Wednesday.

The series shifts to Denver for Friday’s Game 3.