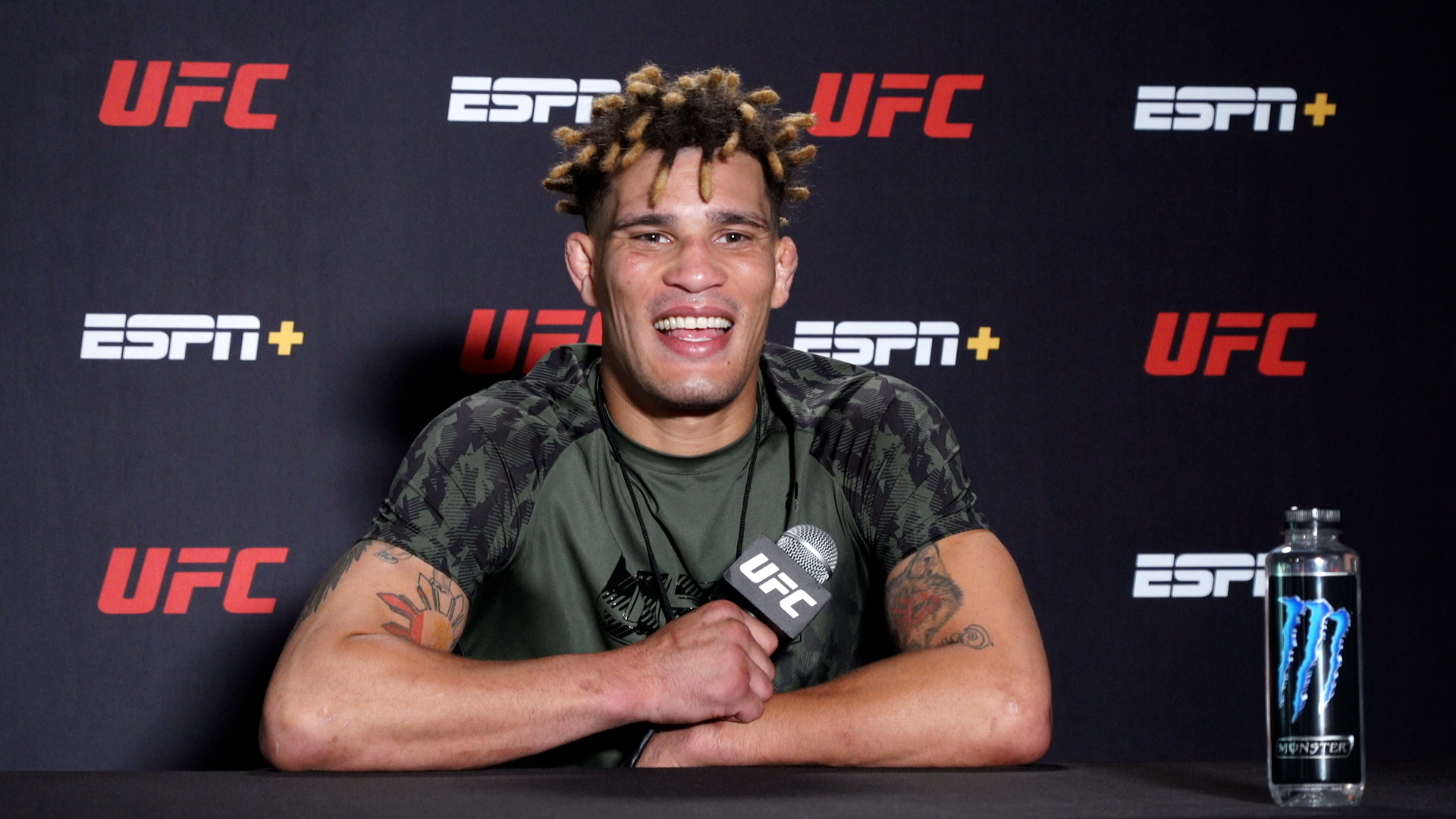 LAS VEGAS – All mixed martial artists encounter adversity partaking in a grueling sport. But for Jordan Williams, he deals with a separate set of health maintenances others on the UFC roster do not.

A Type 1 diabetic, Williams (9-4 MMA, 0-1 UFC) has long fought to maintain his body chemistry in the midst of a grueling day-to-day regimen. While he succeeded in making it to the UFC, Williams thought a drop to welterweight would be necessary for him to maintain his success at the next level. His new head coach, Marc Montoya of Factory X, agreed.

Long hesitant to return to 170 pounds due to his health condition, Williams decided to make the move down for his fight Saturday against Mickey Gall (6-3 MMA, 5-3 UFC) at UFC on ESPN 27. Despite the dehydration and discipline necessary for the task, Williams feels as good as ever – thanks to a new stem cell treatment he’s undergoing.

“They use embryonic stem cells,” Williams told MMA Junkie at a pre-fight news conference Wednesday. “That’s what they use to tackle the diabetic aspect. They also did platelet lysate for the injuries that I had throughout the sport and did local injections there, but my blood sugar levels have already been lowering on average over the past month. At least 35 points it’s dropped, which is tremendous for me – just how my legs are going to feel going into my fight.”

Type 1 diabetics do not produce insulin, meaning Williams often battled with high blood sugar. As of late, he’s had a different issue – his sugar has been too low. Though not perfect, Williams indicated it’s easier to maintain this way.

“Diabetics, if we work out for so long, our muscles get atrophy from the high blood sugar,” Williams said. “So just being able to keep my blood sugars within a stable range is really what’s going to help for this fight. The medicine for this fight that they gave me is working. I’m battling lows, meaning low blood sugars, more than I can count at this point. Normally, that’d be a bad thing, but coming from someone who doesn’t produce insulin, yet, it’s a really good thing.”

UFC on ESPN 27 takes place Saturday at the UFC Apex in Las Vegas. The card airs on ESPN.