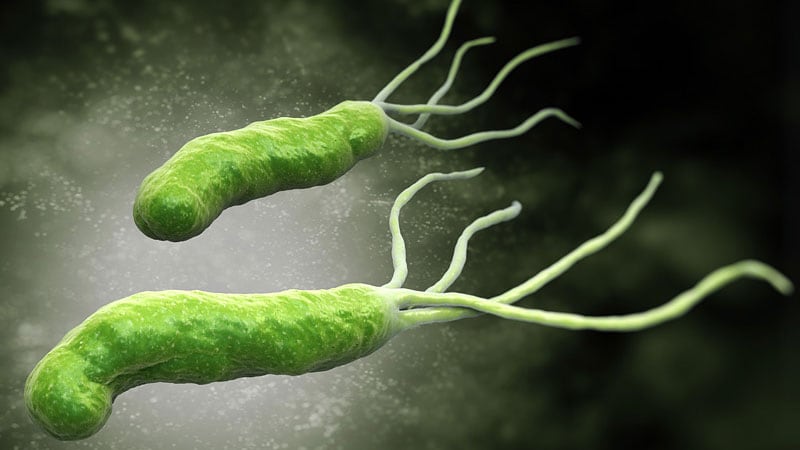 A new clinical practice update expert review for the diagnosis and management of atrophic gastritis (AG) from the American Gastroenterological Association focuses on cases linked to Helicobacter pylori infection or autoimmunity.

This update addresses a sparsity of guidelines for AG in the United States and should be seen as complementary to the AGA Clinical Practice Guidelines on Management of Gastric Intestinal Metaplasia, according to the authors led by Shailja C. Shah, MD, MPH, of the gastroenterology section at Veterans Affairs San Diego Healthcare System and the division of gastroenterology at the University of California, San Diego.

The 2020 guidelines didn’t specifically discuss diagnosis and management of AG; however, a diagnosis of intestinal metaplasia based on gastric histopathology indicates the presence AG since metaplasia occurs in atrophic mucosa. Nevertheless, AG often goes unmentioned in histopathology reports. Such omissions are important because AG is an important stage in the potential development of gastric cancer.

AG is believed to result from genetic and environmental factors. The two primary triggers for the condition are H. pylori infection (HpAG) and autoimmunity (AIG). The condition results from chronic inflammation and replacement of normal gastric glandular structures with connective tissue or nonnative epithelium. It can proceed to other precancerous conditions, including gastric intestinal metaplasia and dysplasia. An estimated 15% of the US population has AG, according to the authors, although this prevalence could be higher in populations with higher rates of H. pylori infection. AIG is rare, occurring in 0.5%-2% of the US population.

Among individuals with AG, 0.1%-0.3% per year go on to develop gastric adenocarcinoma, though additional factors could heighten this risk. Furthermore, 0.4%-0.7% per year go on develop type 1 neuroendocrine tumors.

HpAG and AIG have different patterns of mucosal involvement. During diagnosis, the authors advised careful mucosal visualization with air insufflation and mucosal cleansing. High-definition white-light endoscopy is more sensitive than traditional WLE in the identification of premalignant mucosal changes.

AG diagnosis should be confirmed by histopathology. The updated Sydney protocol should be used to obtain biopsies, and serum pepsinogens can be used to identify extensive atrophy, though this testing is not generally available in the United States for clinical use. When histology results are suggestive of AIG, the presence of parietal cell antibodies and intrinsic factor antibodies can contribute to a diagnosis, although the former can be prone to false positives because of H. pylori infection, and the latter has low sensitivity.

Patients identified with AG should be tested for H. pylori and treated for infection, followed by nonserologic testing to confirm treatment success. If H. pylori is present, successful eradication may allow for reversal of AG to normal gastric mucosa; however, patients may have irreversible changes. This could leave them at elevated risk of further progression, though elimination of H. pylori does appear to blunt that risk somewhat.

Neoplastic complications from AG are rare, and the benefits of surveillance among those with AG have not been demonstrated in prospective trials. Observational trials show that severe AG is associated with greater risk of gastric adenocarcinoma, and other factors, such as comorbidities and patient values and priorities, should inform decision-making. When called for, providers should consider surveillance endoscopies every 3 years, though the authors noted that the optimal surveillance interval is unknown. Factors such as the quality of the original endoscopy, family history of gastric cancer, and a history of immigration from regions with high rates of H. pylori infection may impact decisions on surveillance intervals.

AG can lead to iron or vitamin B12 deficiency, so patients with AG, especially those with corpus-predominant AG, should be evaluated for both. AG should also be considered as a differential diagnosis in patients presenting with either deficiency.

A diagnosis of AIG should be accompanied by screening for autoimmune thyroid disease, and type 1 diabetes or Addison’s disease may also be indicated if clinical presentation is consistent.

Because AG is commonly underdiagnosed, the authors advise that gastroenterologists and pathologists should improve coordination to maximize diagnosis of the condition, and they call for comparative clinical trials to improve risk stratification algorithms and surveillance strategies.

The authors disclose no relevant conflicts of interest.