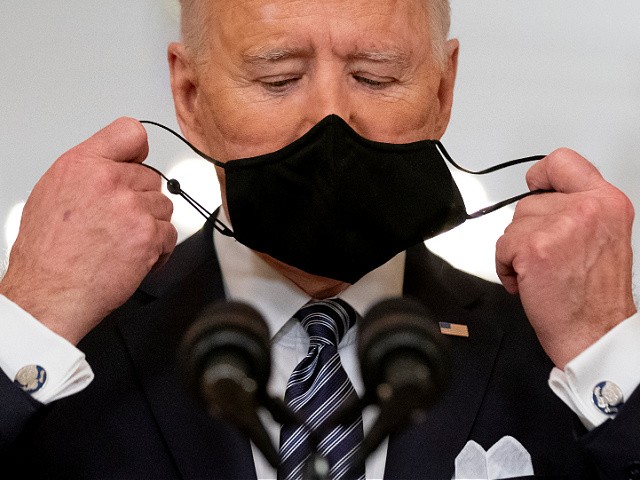 After noting to host John Catsimatidis that Biden’s approval ratings are “dropping precipitously,” Morris placed the blame at the feet of the coronavirus’ Delta variant, which has case numbers rising across the country. He argued Biden ran as a single-issue candidate on COVID and is failing at it.

“It’s becoming very clear that Biden‘s ratings are in serious trouble,” Morris outlined. “According to Gallup, between May and July, he dropped six points in approval, from 56 to 50. And that, of course, is strategic turf in a presidential race that was basically 50/50. And the question is … why did it drop? Now, some people say, particularly conservatives and Republicans, that it’s … the trifecta of issues that Biden is in terrible shape on … immigration, inflation and crime [that] are the big three, and his ratings in all three are terrible.”

He continued, “But I believe it’s something else. I believe it’s COVID. I think that he was elected as a single-issue candidate on COVID. His big campaign promise was that he was going to solve the problem. He would return things to normal and end the crisis. And he was very vague about how he would do it, but he said he had a plan, and he said he would follow the science, and Trump wouldn’t do that. … But now COVID is back. And back in a form that is probably more easily transmittable and scares the hell out of people. It’s a transparent failure of the Biden presidency.”

Morris highlighted that Biden couldn’t get people vaccinated quickly enough and that he is toying with restrictive measures to combat the spread of the virus again.

“Yeah, I think he who lives by the sword dies by the sword,” Morris stated. “And Biden has lived by the issue od COVID, and now it’s transparently rising against him.”