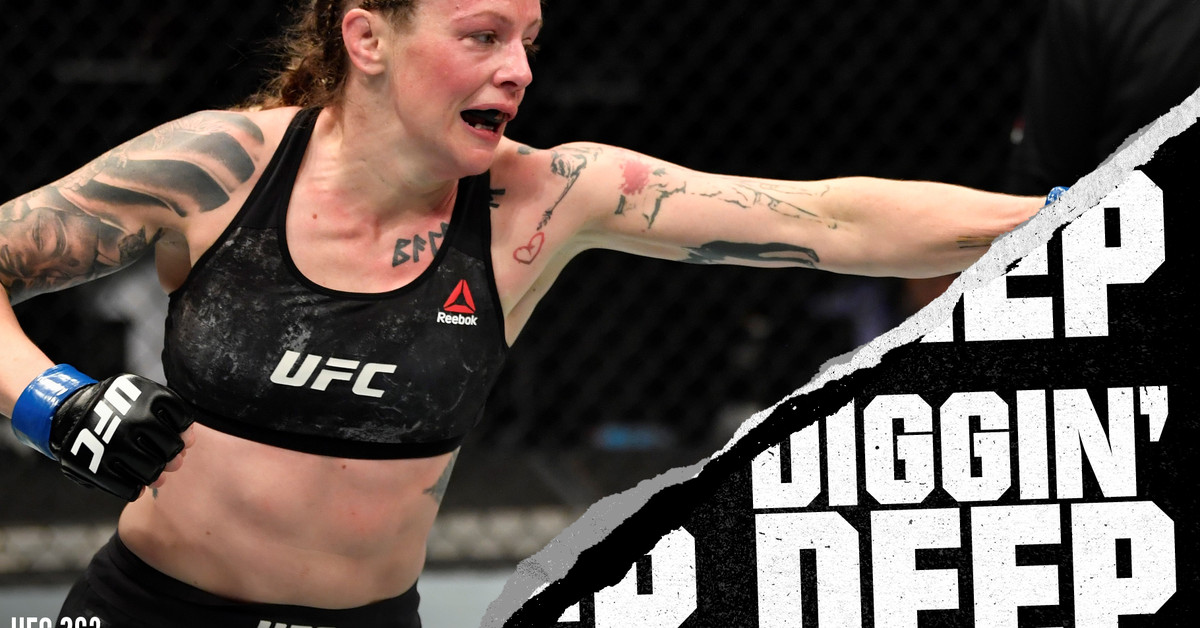 There’s a very strong likelihood the winner of Lauren Murphy and Joanne Calderwood will be facing Valentina Shevchenko for the women’s flyweight title… and the fight isn’t even the featured preliminary contest, much less on the main card of the PPV. And the UFC can’t figure out why they have problems promoting Shevchenko’s fights? When you treat potential title eliminators for the division on par with contests between unranked fighters in other divisions, you’re not going to get the highest amount of interest.

Granted, UFC 263 is a very deep card – obviously a good thing – to the point I’d say two of the other three televised preliminary contests also have strong claims to being main card contests. And that’s with me having no qualms about any of the main card fights having their spot. All I’m saying is the UFC would be well served giving some shine to these divisions they claim to be having a hard time promoting. It’s not like anyone thinks Murphy and Calderwood is going to be a crappy fight….

While the UFC hasn’t been pushing him too hard, there hasn’t been a shortage of hype amongst the MMA media around Riddell. In addition to being the former striking coach at Tiger Muay Thai, he’s also a teammate of both Israel Adesanya and Alexander Volkanovski and there are some who believe Riddell has the skill set to join them as title holders. Obviously, that’s high praise – and I’d say they’re getting ahead of themselves – but there’s no doubt Riddell has already made a hell of an impression just three fights into his UFC career.

A former kickboxer who dropped that sport only a short time before jumping into the UFC, Riddell is excellent at spotting openings in his opponent’s defense and exploiting them. His confidence in that ability is such that he doesn’t always properly set up his strikes, but he makes expert use of his feints and often catches his opponent’s off guard with his burst. Though Riddell’s power has been reputed, some have questioned it given he hasn’t secured a finish in the UFC yet and his opponent’s aren’t going to be getting any easier to put away.

Along those lines, it’s hard to believe Dober will be the first one Riddell puts away given the sparring partner of Justin Gaethje hasn’t been finished with strikes since the early days of his career a decade ago. It’s rare when Dober doesn’t attack in combination, maintaining heavy pressure with sharp angles and lateral movement. Given at one point many considered Dober to be pillow-fisted, that he has secured his last three wins via KO/TKO is a real testament to his improvements on the feet and ability to sit down on his strikes.

However, what needs to be questioned is Dober’s confidence as he was absolutely smothered by Islam Makhachev. Dober has bounced back from rough losses before, but this time it was of a different level. Regardless, it’s enough of an X-factor to weigh. Whether the ground game comes into play is another question. Dober almost certainly is the better grappler and Riddell’s takedown defense is OK at best. However, Riddell tends to be quick to bounce back to his feet and Dober hasn’t made much of an effort to go to the mat in recent fights. Despite those X-factors, I’ll still pick Dober as he tends to have a strong game plan. Riddell does too, but Dober is a big step up from what Riddell has been fighting. Plus, while Riddell has certainly been good on the feet, he hasn’t been the overwhelming KO buzzsaw many have made him out to be. Dober via decision

Few are surprised to see Calderwood in this spot, potentially fighting for a title shot. She entered the UFC during the TUF season that kicked off the strawweight division as one of the favorites to win the inaugural title. Of course, she’s had a very up-and-down UFC run that included a move up a division, but the woman known as Bad Mofo JoJo finally appears to be fighting at a level most expected her to consistently fight at.

On the other hand, nobody expected Murphy to get this far. Not that anyone thought she would be a washout, but the hand-nosed Murphy was always thought to be more gritty than skilled. Perhaps there was some truth to that at one point, but Murphy moving down to flyweight from 135 allowed her physical style to flourish. Throw in the fact that she brushed up on her boxing and it isn’t really a surprise she has vaunted up the flyweight rankings the way she has.

In Calderwood’s case, many were worried how well her move up to flyweight would work out given she benefitted from being a physical presence in the clinch. She’s proven to be crafty enough against most of her opposition to avoid being taken down and her energy level has improved so drastically that she’s eternally busy in close quarters with slashing elbows and knees to the gut, quickly draining her opponent’s energy levels. Calderwood has also proven to be effective from the outside, tossing out a plethora of jabs, front kicks, and low kicks, overwhelming her opponent with sheer volume.

If Murphy can keep the fight in the pocket, that’s her wheelhouse. Using subtle lateral movement, she angles for openings to put forth quick punch-kick combinations. Despite possessing a stronger base than Calderwood, Murphy will be able to match her gas tank, perhaps even exceed it, especially if she is able to succeed in smothering Calderwood on the mat or against the cage. Despite Calderwood’s abilities in the clinch, she can be controlled by stronger opponents… and Murphy most certainly is that.

This is a difficult contest to predict. Murphy is one of the strongest flyweights on the roster and is incredibly difficult to put away, exactly the type of opposition that has given Calderwood problems in the past. However, Calderwood has become an expert at winning small tactical battles, doing things such as scoring strikes off the break. There’s no confidence in my pick, but I’ll favor Murphy’s physicality and guess she puts Calderwood on her back enough to prevent Calderwood from outvoluming her. Murphy via decision

Note: The following preview is for a fight that will take place on the early prelims. However, it features a late replacement as Frank Camacho was involved in a car accident on Tuesday and this contest was only announced on Wednesday.