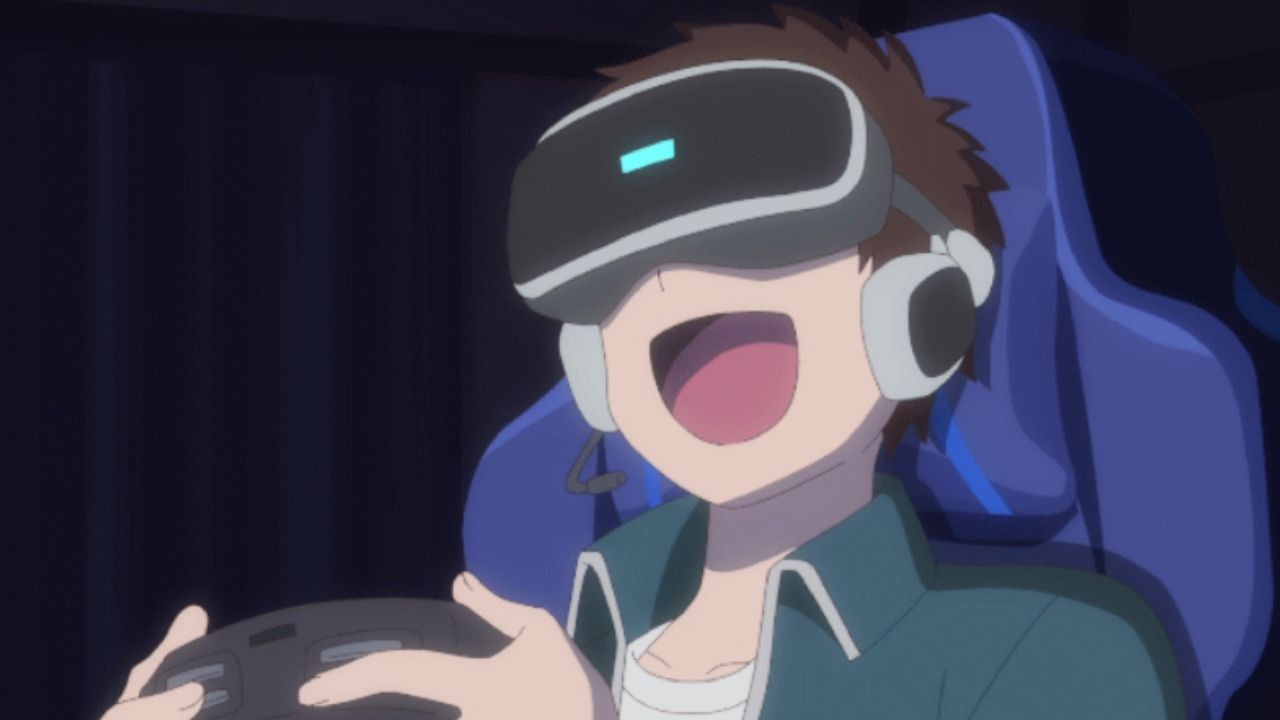 This episode had one of the darkest plots of this season. Sealsdramon, or the Executioner, was on a killing rampage where Bokomon sacrificed his life to save Gammamon.

This trauma led to Gammamon’s dark evolution, which turned him into a monster. When he finally devolved, he had no memories of his dark side.

Black Tailmon and Black Agumon also appeared at the end of the episode. What does this mean for the future of Hiro and the team? Keep watching to find out.

In episode 14, Hiro and Ruri will accompany Kiyo to a resort where he is attending an important conference. Gammamon is still down because of Bokomon’s death, so Hiro might do something special to cheer him up.

Despite their attempts to have fun, the presence of the Zashiki-Warashi lingers in their rooms. It seems like Hiro and his friends will have to fight another menacing presence before they can finally relax.

Episode 14 of the Digimon Ghost Game anime, titled “Zashiki-Warashi”, will be released on Saturday, Jan 15, 2022.

1. Is Digimon Ghost Game on Break this Week?

No, episode 14 of Digimon Ghost Gameis not on a break and will continue as scheduled.

A mysterious figure is taking out lots of Digimon without any reason.

The Digimon from Angoramon’s club has managed to get a recording of one of the murders where they find out that the weapon used by the killer is a knife. Hiro and his friends become very worried about their Digimon.

Upon closer inspection, they suspect that Der Scharfrichter, an urban legend in the Digital World about a scary monster that kills Digimon indiscriminately with just one hit.

Der Scharfrichter is German for Executioner, and it seems like the evil Digimon has already killed 995 Digimons.

Despite the impending danger, Jellymon still goes out to roam around at night and almost gets targeted. The others swoop in just in time to save her, and Hiro sends them all to the AR Field, where their battle won’t affect reality.

Even though they’re outside of the human realm, they’re still unable to spot their enemy, and suddenly, Gammamon gets a red dot on his forehead, signifying that he was about to get shot.

Everyone rushes in front of him to save him, but Bokomon is the first to shield Gammamon and, unfortunately, loses his life. This marks 1000 kills for the Executioner.

Gammamon is absolutely torn at Bokomon’s death and struggles to comprehend the complexity of death itself. His anguish leads to his evolution as Gulus Gammamon.

Gulus is unforgiving and brutal. He gets a hold of Sealsdramon, a.k.a the Executioner, and demands to know why it went on a killing rampage. Sealsdramon reveals that it was all a numbers game, which angers Gulus even more, so he kills him.

Gulus Gammamon then tries to break out of the AR Field and sever his ties with Hiro. Jellymon and Angoramon try to fight him but are quickly defeated.

As Gulus Gammamon launches himself at Teslajellymon, Hiro jumps in between them, and this is when Gulus Gammamon is able to stop. He devolves into Gammamon and retains no memory of his dark evolution.

As the episode ends, we see Black Tailmon collecting a Digimon egg. This egg could mean the rebirth of Bokomon. We also see Black Agumon looking down at Hiro and his group and silently observing them.

Where to Watch Digimon Ghost Game

Digimon, short for “Digital Monsters,” is a Japanese media franchise offering toy pets, manga, anime, games, films, and even a trading card game. The franchise was created back in 1997 as a series of virtual pets, influenced by Tamagotchi/nano Giga Pet toys.

The franchise gained momentum with its first anime, Digimon Adventure, and an early video game, Digimon World, both of which were released in 1999.

Digimon, the series focuses on monsters like creatures, who inhabit a “Digital World,” a parallel universe that originated from Earth’s various communication networks. Digimon hatch from eggs called Digi-Eggs, and they go through Digivolution, which changes their appearance and increases their powers over time.

The effect of Digivolution, however, is not permanent. Digimon who have digivolved will find most of the time revert back to their previous form after a battle or if they are too weak to continue. Most of them can even speak.