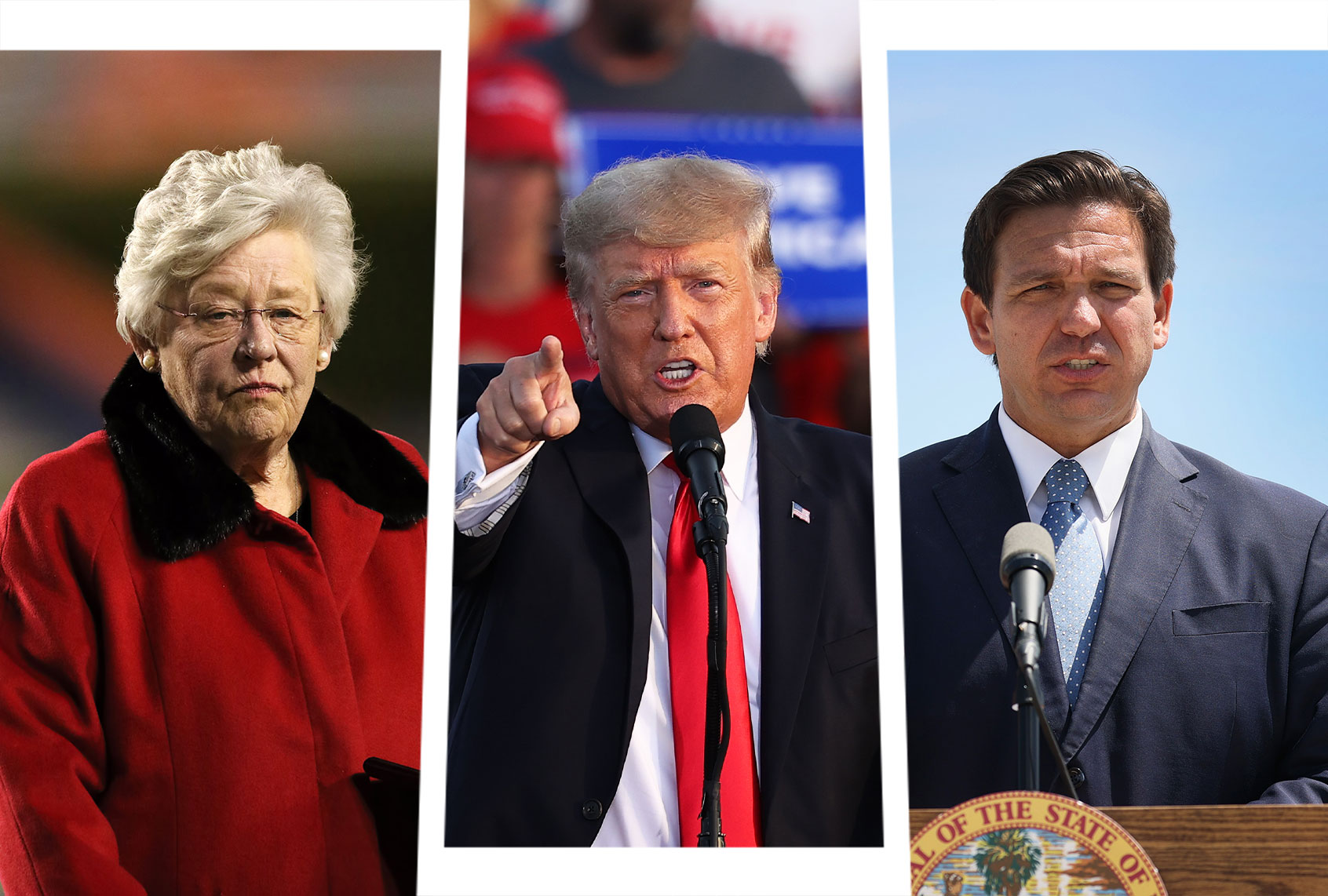 Donald Trump, steadily losing support from his voting bloc since Election Day, appears to suddenly be losing touch with leadership in some red states that supported him during the election. Officials in both Alabama and Florida have reportedly rebuffed Trump’s recent attempts to hold self-promotional rallies.

Florida’s Ron DeSantis, the state’s Republican governor who is eyeing a potential presidential bid for 2024, reportedly “made a direct plea” to the former president to cancel his upcoming campaign-style rally in Sarasota. The rally, which Trump has so far refused to call off, is set to take place about 200 miles from the Miami suburb where part of an apartment building unexpectedly collapsed last week due to structural deficiencies, leaving 16 residents dead and over 100 still missing. One Florida Republican told the Washington Examiner that Trump and his team should “read the room” amid the tragedy.

“The governor is getting tested here as to how far he’s going to be pushed before he breaks ranks with President Trump. And he has to be very careful because this is Trump country,” the source continued. “The base loves the president. But they equally love Ron. It’s a showdown going on right now.”

According to one political operative interviewed by the Examiner, Trump’s team is keeping the rally on schedule because of an apparent beef between DeSantis and Susie Wiles, a former Trump campaign official who was charged with leading his post-presidency political operations.

Back in 2019, during the 2020 Trump campaign, DeSantis reportedly urged Trump to fire Wiles over a “leak of internal correspondence showing how the new governor [Ron DeSantis] appeared to be selling access to special interests on golfing trips.” According to Politico, the firing, which many disagreed with, estranged many Trump campaign officials from Florida’s Republican leadership. One operative told the Examiner that “because Ron DeSantis doesn’t want [the rally], [Wiles is] gonna make sure it happens,” this source said.

Liz Harrington, a spokeswoman for Trump, said that the former president “sends his deepest condolences to those who’ve lost loved ones or been displaced by the terrible tragedy in Surfside.”

She continued: “The event in Sarasota, however, is on the other side of the state, 3 1/2 hours away, approximately the same distance from Boston to New York, and will not impact any of the recovery efforts. In fact, President Trump has instructed his team to collect relief aid for Surfside families both online and on-site at the Sarasota rally.”

“It became apparent that it was going to be a partisan political event, rather than just a patriotic event planned for that evening,” commission chairman Bill Tunnell told NBC-15 this week. The rally was set to be held at the USS Alabama Battleship Memorial Park.

“I’ll be honest,” Pete Riehm, a local tea party activist, told NBC 15. “I feel some people just didn’t want it, not just it but President Trump.”

Alabama and Florida’s recent pushback against Trump come amid increasing Republican rebukes of the former president’s attempts to undermine the results of the 2020 election.

Last week, a Republican-led investigation by the Michigan Senate Oversight Committee found “no evidence of widespread or systemic fraud in Michigan’s prosecution of the 2020 election, calling Trump’s claims “ludicrous.” On Monday, Republican leaders from Wisconsin, which is mulling its own 2020 election audit, told the former president that his grandiose theory of election fraud is “misinformed.”