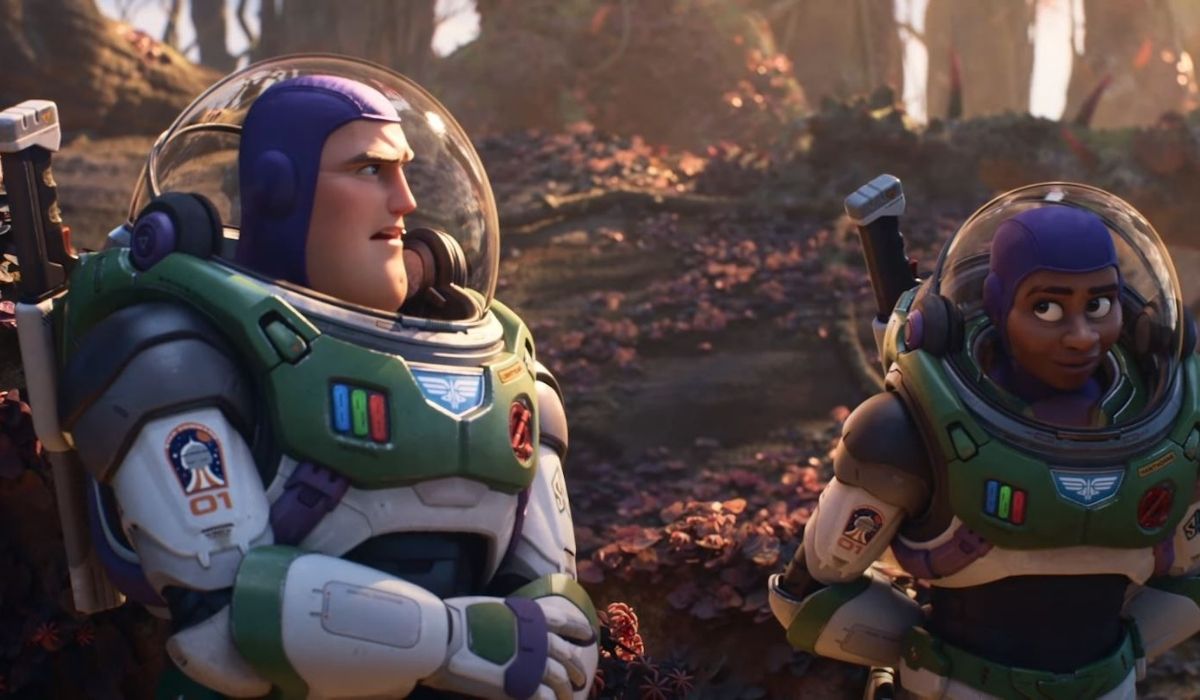 Rocketing to infinity and beyond is a new trailer for Disney Pixar’s summer sci-fi treat “Lightyear,” a spinoff of the “Toy Story” franchise that depicts the fictional Buzz Lightyear space ranger.

In that universe, this is the classic kids’ film that altered Andy’s life and made him want a Buzz Lightyear toy, similar to young moviegoers seeing “Star Wars: A New Hope” for the first time in 1977.

This fresh “Lightyear” teaser reveals much more about the time-traveling storyline audiences will absorb when the CGI-animated feature lands on Earth on June 17. “Lightyear” is directed by Angus MacLane (“Finding Dory,” “Toy Story of Terror”) and produced by Galyn Susman.

“Buzz’s world was always something I was excited about,” MacLane said in a statement. “In ‘Toy Story,’ there seemed to be this incredible backstory to him being a space ranger that’s only touched upon, and I always wanted to explore that world further. So my ‘Lightyear’ pitch was, ‘What was the movie that Andy saw that made him want a Buzz Lightyear toy?’ I wanted to see that movie. And now I’m lucky enough to get to make it.”

This second trailer finds Buzz sending a mission log to Star Command before being strapped into a new experimental space plane while marooned on a planet 4.2 million light-years from Earth. Stranded with him on this remote world are his commander and young crew.

This needle-nosed craft is given a proper shakedown with its first hyperspeed test flight that shoots the famous space ranger into a ringed purple portal. After streaking through a “2001: A Space Odyssey”-like stargate, Buzz and his humorous companion robo-cat find themselves on a gloomy world that looks a lot like Dagobah from “Star Wars: The Empire Strikes Back.”

The twist is that he’s actually back on the rogue planet he left, but 62 years, seven months and five days have passed since his original departure. Now, he teams up with three inexperienced recruits called the Junior Zap Patrol, including the adult granddaughter of the original Commander Hawthorne, to mount a defense against a menacing alien battlecruiser commanded by the evil Emperor Zurg and his army of hostile robot soldiers.

Stepping in for Tim Allen, Chris Evans provides the voice of Buzz Lightyear for this version of the daring space ranger, and from what we’ve heard in previous “Lightyear” teasers, he’s nailed it.

Hot off his triumphant, haunting score for director Matt Reeves’ “The Batman,” superstar composer and Pixar veteran Michael Giacchino has written the soaring soundtrack for “Lightyear.”

The Hollywood veteran already achieved the trifecta of winning an Academy Award, Golden Globe and Grammy for his original score for “Up.” Other Pixar projects he’s provided tunes for include “The Incredibles,” “Ratatouille,” “Cars 2,” “Inside Out,” “Coco,” “Incredibles 2” and “Toy Story of Terror.”

So far, this time-shifted sci-fi adventure looks like a certified hit even before it lands, and it should be on all wanna-be space rangers’ lists of must-see summer flicks.

‘Avatar’ will return to cinemas before sequel ‘Avatar: The Way of Water’
Colombia signs the Artemis Accords for peaceful space exploration