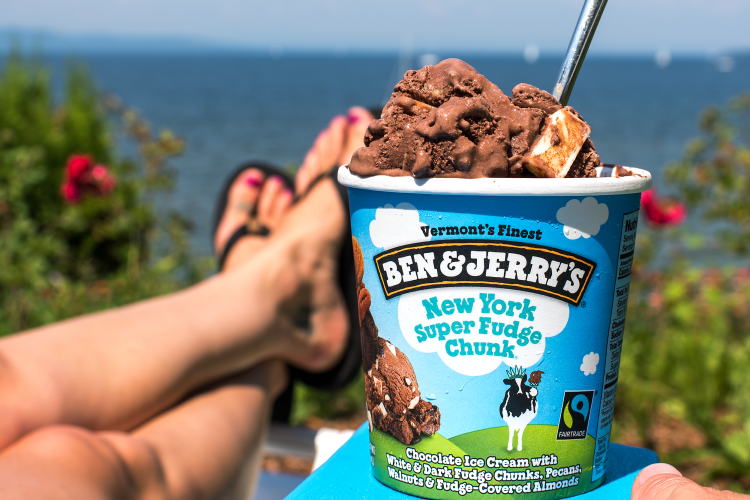 Terry Smith, founder of the Fundsmith Equity Fund, which owns £888 million of Unilever stock, blamed the consumer goods group for his fund’s underperformance last year as it trailed behind its benchmark.

In his annual letter to investors in Fundsmith, whose main fund is valued at £28.9 billion, he wrote: “Unilever seems to be labouring under the weight of a management which is obsessed with publicly displaying sustainability credentials at the expense of focusing on the fundamentals of the business.”​

Smith cited the row over Ben & Jerry’s move to boycott the occupied Palestinian territories. Ben & Jerry’s is owned by Unilever, though it retains an independent Board of Directors.

He added there are “far more ludicrous examples”​ which illustrate the problem. “A company which feels it has to define the purpose of Hellmann’s mayonnaise has in our view clearly lost the plot. The Hellmann’s brand has existed since 1913 so we would guess that by now consumers have figured out its purpose (spoiler alert — salads and sandwiches).”​

Despite the criticisms, Smith said that he was sticking with the company. “Although Unilever had by far the worst performance of our consumer staples stocks during the pandemic, we continue to hold the shares because we think that its strong brands and distribution will triumph in the end.”​

Whether you agree with him that Unilever’s focus on ESG issues is distracting, or perhaps believe Smith himself is out of touch, is not the point. The London-listed Magnum-to-Knorr maker is a £101 billion company, making it one of Britain’s biggest. But Unilever’s share price has lagged its consumer staples competitors, dropping 9% in the past 12 months, while the UK market has risen 11% as a whole, as its stock falls out of favour with investors. Pre-tax profits have also fallen for two consecutive years from €12.4 billion (£10.3 billion) in 2018 to €8 billion in 2020.

Can Unilever be fixed? Yes, said Bruno Monteyne, senior analyst at investment bank Bernstein. But changes are needed. In a note to investors, he said the company currently suffers from poor categories, poor execution, insufficient investment and doubts about culture.

“Today, Unilever has had almost 5 years of near-zero returns,”​ he wrote. “Unilever materially underperformed Nestle, L’Oréal and Lindt. The recent performance is also disappointing in the sense that they have underperformed the broader market (MSCI Europe).”​

Growth is not the worst in the sector, he added, but Unilever is clearly in the group of poor performing peers, all of whom had new management with new strategies. Category growth, meanwhile, has got “progressively worse in recent years”.​

The analyst outlined a new roadmap to unlock Unilever’s potential which urged the company to become more focussed on growth over margin. The recommendations include to invest in the future by conducting a major portfolio overhaul and accelerate M&A for new categories and brands.

“Growth / Consumer relevance should be much higher up the priority list and margins much lower,” ​explained the analyst. “Innovation should be bolder, more focused and faster.”​

Much of this is already happening. For example, at the last Q3 results the management made a clear case for making investments in high growth areas such as functional nutrition.

Unilever’s mantra of purpose is all good and well, added Monteyne. Unilever’s mission of being a global leader in sustainable businesses with purpose-led brands is at the heart of the company and allows it to “attract great people”​ and gives it “unique credibility”​ with NGOs and government to solve difficult problems.

But this should not be void of relevance, he stressed. “We fully support ‘brands with purpose’,”​ he explained, “but purpose deployed in relevant (i.e. high growth) categories.”​

For example, Bernstein has identified s​ustainable food as one of the biggest sustainability challenges and therefore growth opportunities of our times. “There is lots of innovation going on, not just in plant-based meat but new sources of proteins (fermentation, cultured meats, etc.),”​ said Monteyne. “The know-how of Unilever, with the ethos of Unilever, applied to Food of the Future, seems a massive area of high growth.”​ Developing vegan mayonnaise or ice cream, however, he called “only a very small step in that direction.”​

The analyst added: “Consumers’ lives are changing; new categories and products are relevant today that were less relevant a few decades ago. The rate at which Unilever changes should be similar to the rate of change in consumer lives in order to bring purpose to what is relevant to consumers today.”​

Suntory raises 2030 water commitments: ‘Unless we take action today, our not-so-distant future will be threatened’
Kids aged 6-months to 2-years are ‘fed to fail’, warns UNICEF