Does Influencer Marketing Really Pay Off? 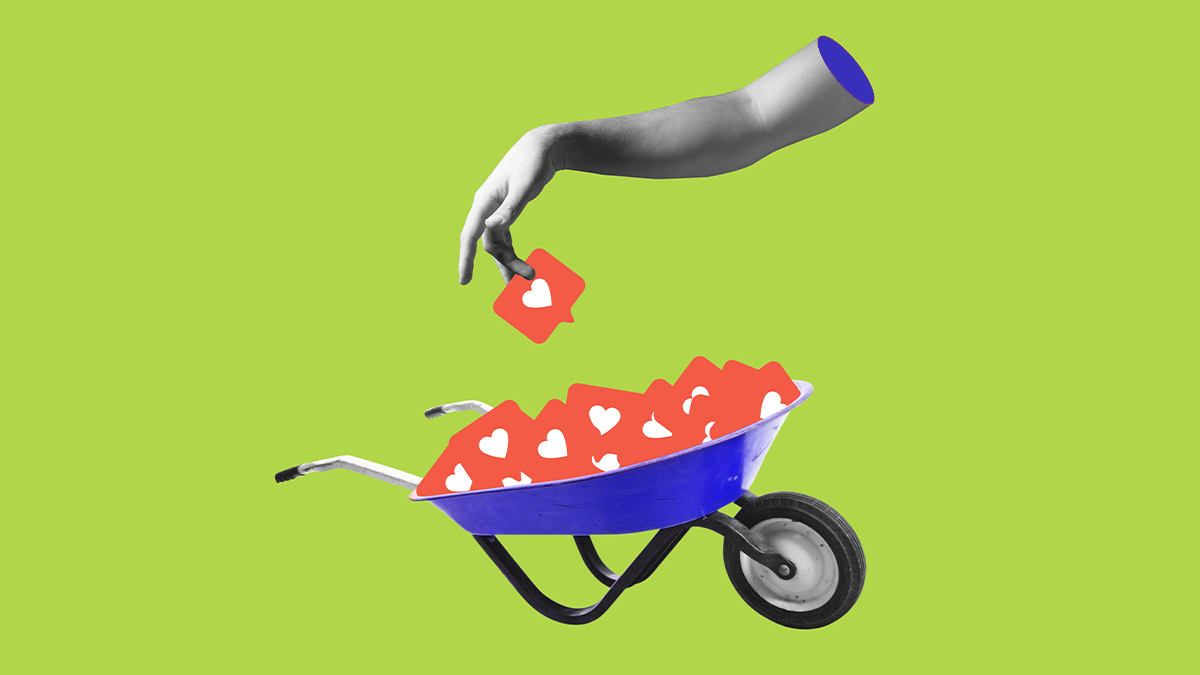 Influencer marketing is a huge industry, with companies around the world spending billions of dollars on these partnerships. But do these investments actually pay off? To quantify the ROI of influencer marketing, the authors analyzed engagement for more than 5,800 influencer posts and identified seven key variables that drive a campaign’s effectiveness, including characteristics of both the influencer and of their individual posts. They further found that by optimizing these variables, the average brand could boost ROI by 16.6%, suggesting that many companies are designing campaigns that leave substantial value on the table. By adopting these research-backed guidelines, brands can move past anecdotal evidence to ensure that their marketing dollars go toward the partnerships and content that are most likely to offer returns.

In 2022, the influencer industry reached $16.4 billion. More than 75% of brands have a dedicated budget for influencer marketing, from Coca Cola’s #ThisOnesFor campaign in collaboration with fashion and travel influencers, to Dior’s award-winning 67 Shades campaign in which the brand partnered with diverse influencers to promote its Forever Foundation product line. But does investing in influencers really pay off?

To explore this question, we partnered with an international influencer marketing agency to analyze more than 5,800 influencer marketing posts on the popular Chinese social media platform Weibo. (We focused our analysis on the Chinese market because it is home to one of the world’s most sophisticated influencer marketing industries, but our findings can likely also be applied in many other global markets.) The posts in our dataset were written by 2,412 influencers for 861 brands across 29 product categories, at costs ranging from $200 to almost $100,000 per post. And indeed, we found that on average, a 1% increase in influencer marketing spend led to an increase in engagement of 0.46%, suggesting that the strategy can in fact yield positive ROI.

However, we also found that most companies leave considerable value on the table: The average firm in our dataset could have achieved a 16.6% increase in engagement simply by optimizing how they allocated their influencer marketing budgets. Specifically, we documented the effects of seven key variables on influencer marketing ROI:

Below, we go into more detail on how firms can optimize each of these seven elements of their influencer campaigns — and reach that potential average increase in engagement of more than 16%.

Unsurprisingly, we found that the more followers an influencer has, the more impactful a partnership will be. An influencer with a large following not only has a greater reach, but is also seen as more popular and credible, thus generating higher engagement rates than brands would achieve by spending the same budget on partnering with a less-popular influencer. In our dataset, posts from influencers whose follower bases were one standard deviation larger than average achieved 9.2% greater ROI.

When it comes to how frequently an influencer posts, our analysis identified a Goldilocks effect: Influencers who post infrequently are not seen as up-to-date sources of information. They also don’t have enough presence on followers’ feeds to build intimacy and trust. However, posting too frequently can clutter followers’ feeds and create fatigue. Followers may become uninterested in the influencers’ posts, selectively filter them, or even feel annoyed by them. As a result, brands that achieved the highest ROI partnered with influencers who had a medium level of posting activity, or around five posts per week.

Our analysis also suggests many marketers may not realize the importance of this effect. Many of the firms in our dataset worked with influencers who posted too rarely, and as a result, we found that on average, they could have increased the ROI of their influencer marketing efforts by 53.8% simply by selecting influencers who engaged in the optimal level of posting activity.

We found a similar Goldilocks effect when it came to follower-brand fit, or alignment between the interests of an influencer’s followers and a brand’s domain. For example, follower-brand fit would be high if a skincare brand worked with an influencer whose followers were interested in beauty, but low if it worked with someone whose followers were interested in automobiles. When an influencer’s followers are highly interested in topics related to the sponsor brand, their posts tend to be more aligned with their followers’ interests, thus making the posts more likely to feel personally relevant. However, this also means that these posts will be competing for followers’ attention with a lot of similar content, and as a result, followers may lose interest in the topic. As such, we found that partnering with influencers whose followers had some (but not too much) brand fit led to the best results.

From our analysis, the optimal level of follower-brand fit occurs when around 9% of an influencer’s followers have interests that match with the sponsor brand, with a one standard deviation difference from this optimal level decreasing ROI by 7.9%. Interestingly, in this respect, most of the brands in our dataset already were engaging in near-optimal partnerships, suggesting marketers may have some intuition for the benefits of medium follower-brand fit.

The final influencer characteristic we looked at was originality. While some influencers share a lot of content created by other people or brands, others largely post their own original content. Influencers who post a greater proportion of original content tend to stand out more, attract more attention, and appear more knowledgeable and authentic. As a result, we found that brands that partnered with these influencers typically achieved higher engagement rates for a given marketing spend. Specifically, we measured the proportion of an influencer’s past posts that were original content, and found that posts from influencers whose originality rates were one standard deviation higher than the average achieved 15.5% greater ROI.

One of the trickiest elements of any marketing campaign is tone. Marketers want to convey a positive message, but too much positivity can backfire — and this is just as true for influencer marketing as for more traditional channels. Consumers are more likely to engage with highly positive posts, because they suggest a stronger endorsement. But if a post is so positive that it comes across as disingenuous, consumers may not react as well. For example, the following post from an Audi influencer uses a highly positive tone:

The #NewAudiQ2L is priced at RMB 217,700 to 279,000. It fully meets your travel needs with its great appearance, high technology, and high-efficiency power, and it brings a brand new experience to young and free-spirited consumers. Click on the link to participate in the event, and you may win the chance to drive an Audi Q2L for one year!

This post demonstrates the danger of excessive positivity: It cost the brand more than $4,000, and yet it wasn’t reposted a single time! In contrast, the following post from a Clinique influencer exemplifies a more effective, medium-positivity tone, which had a lower price tag and yet achieved substantial engagement:

Yesterday a friend asked me what happened to my face these last two days? I looked so bad! I couldn’t battle the smog of the changing seasons and I didn’t do a good job at skin maintenance, so dullness and fine lines appeared. I need to do something to nourish my skin! This year’s new purple vitamin A “micro-needle tube” essence works really well. It contains pure vitamin A retinol, which can promote skin metabolism and collagen generation to fill in the fine lines.

We also found that this was an area in which many firms had at least some room for improvement: The posts in our dataset tended to be slightly more positive than optimal, to the point that reducing positivity could have helped these brands boost ROI by an average of 1.9%.

It may be tempting to turn to influencers when promoting a new product launch, but our research suggests this can be a counterproductive approach: We found that ROI for influencer posts announcing new products was 30.5% lower than for equivalent posts that were not about new product launches. For example, this product launch post from a Dyson influencer didn’t perform very well:

Whereas this post from a Kiehl’s influencer — which was not about a new product launch, and which cost the brand less than a tenth of what Dyson paid for its post — achieved more engagement:

Of course, all these recommendations are based on averages across our dataset, and results may vary for particular companies. In addition, our main metric for ROI was reposts, or shares. We chose this metric because reposts indicate greater engagement than more passive forms of online interaction, such as simply “liking” a post — but they are by no means the only way to measure a campaign’s success. In particular, while short-term ROI can guide short-term decisions, brands should also consider the potential long-term effects of associating with a particular influencer. These effects (whether positive or negative) may take time to materialize, but can have a substantial impact on a brand’s identity.

That said, when it comes to optimizing near-term engagement, our analysis yields several tactical recommendations: When selecting an influencer, brands should look for partners with large follower bases, who post frequently (but not too frequently), who post a lot of original content, and whose followers’ interests have some (but not too much) overlap with the brand’s domain. And when developing posts, brands should strike a medium-positive tone, include links when possible, and avoid focusing on new product launches. With these research-backed guidelines in mind, brands can move past anecdotal evidence to ensure that their marketing dollars go toward the partnerships and content that are most likely to offer returns.