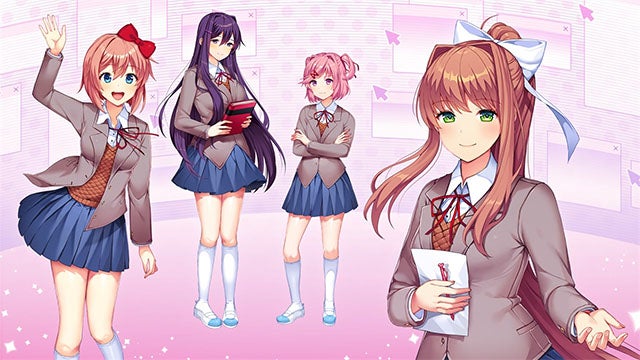 Publisher Serenity Forge and developer Team Salvato have announced that Doki Doki Literature Club Plus has surpassed half a million copies sold in two weeks.

The enhanced version of Doki Doki Literature Club launched last month for PC, Switch, Xbox, and PlayStation as an updated version of the 2017 horror visual novel about an after-school club with dark, disturbing secrets.

The updated version includes new side stories, improved visuals, and new music and images on top of all the content from the original game.

Have you played Doki Doki Literature Club Plus?

“I’ve had the opportunity to hear from so many fans about their experiences with DDLC Plus, especially the new Side Stories,” said creator Dan Salvato. “We’re all brought together through connecting with the club members and relating to their everyday challenges. It inspires us to take on our own challenges and be our best selves. It means so much to me that I can make a difference in that way, and I hope our feeling of closeness will never have to subside. I’m eternally grateful for it.”