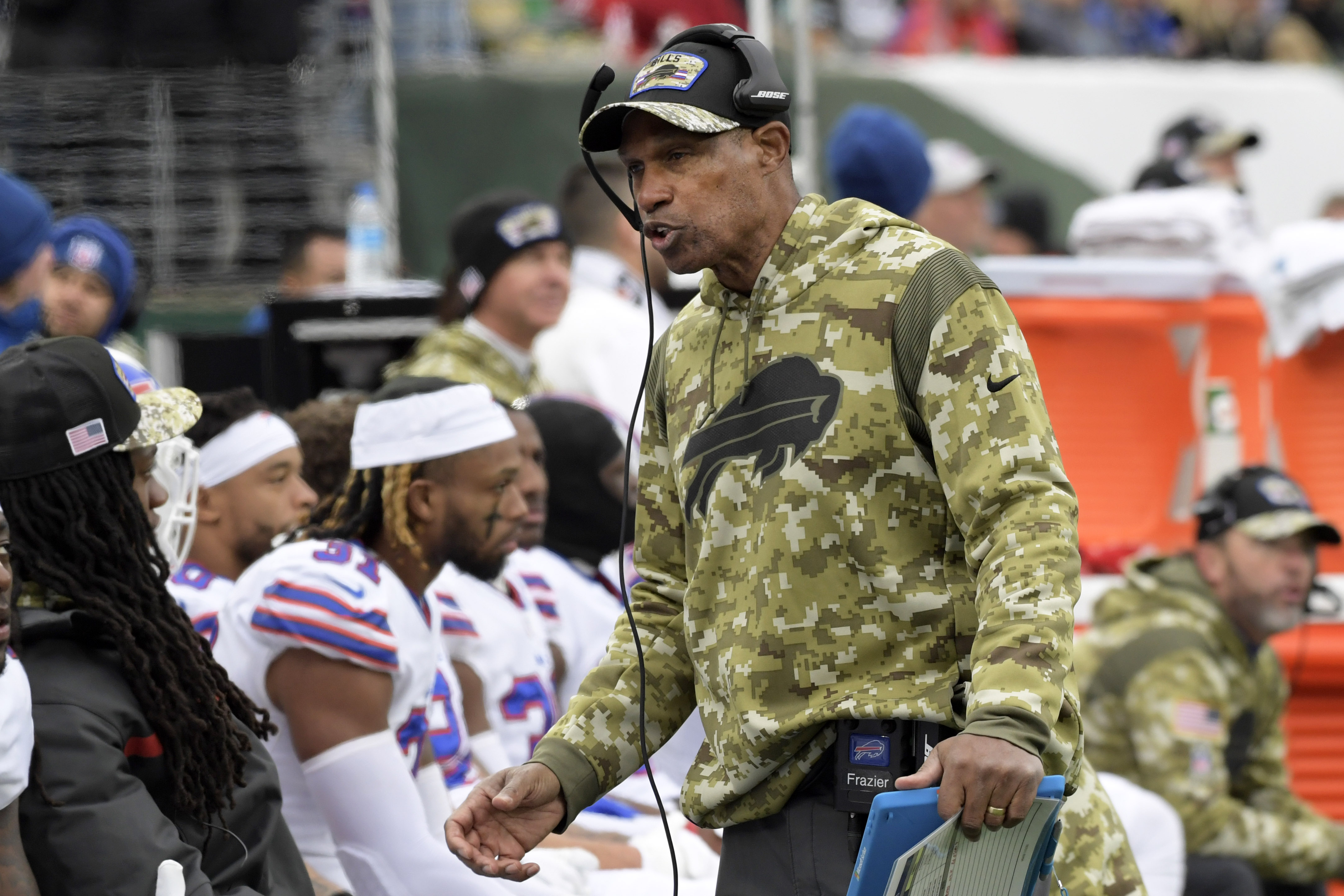 The Miami Dolphins have requested an interview with Buffalo Bills defensive coordinator Leslie Frazier for their open head coaching position, per Albert Breer of Sports Illustrated.

Miami is in the market for a new head coach after parting ways with Brian Flores following three seasons.

Frazier, 62, has been the Bills’ defensive coordinator since 2017 and added the title of assistant head coach in 2020.

Frazier played cornerback for the Chicago Bears from 1981-1985. He notably led the 1985 Bears, who went 18-1 en route to a Super Bowl XX win, with six interceptions. His career ended after suffering a serious knee injury while returning a punt during the Super Bowl.

Three years later, Frazier became the head coach at Trinity International University, where he stayed from 1988-96. He then joined the University of Illinois staff as its defensive backs coach in 1997 and 1998.

Frazier then joined the NFL ranks in 1999 as the Philadelphia Eagles’ defensive backs coach. He made stops at the Cincinnati Bengals and Indianapolis Colts before becoming the Minnesota Vikings’ defensive coordinator in 2007.

Frazier went 3-3 in the team’s final six games, and the team removed the interim tag in 2011.

However, Minnesota went 5-10-1 in 2013, and the Vikings parted ways with Frazier after the season.

Frazier wasn’t out of a job for long, joining the Tampa Bay Buccaneers the following year and becoming their defensive coordinator through 2015. A season as the Baltimore Ravens’ secondary coach buffered his time between the Bucs and Bills.

The Bills have enjoyed great success since 2017, making the playoffs in four of the last five seasons after falling to earn a postseason berth from 2000-16. The defense has fared well under Frazier and has been dominant at times. Buffalo gave up the second-fewest points in football in 2019 and led the league in scoring defense in 2021.

Frazier played a key role in that resurgence, which is why his name is being floated around as a head-coaching candidate in this year’s cycle. For now, the Bills have an AFC Wild Card game to play against the visiting New England Patriots on Saturday at 8:15 p.m. ET.