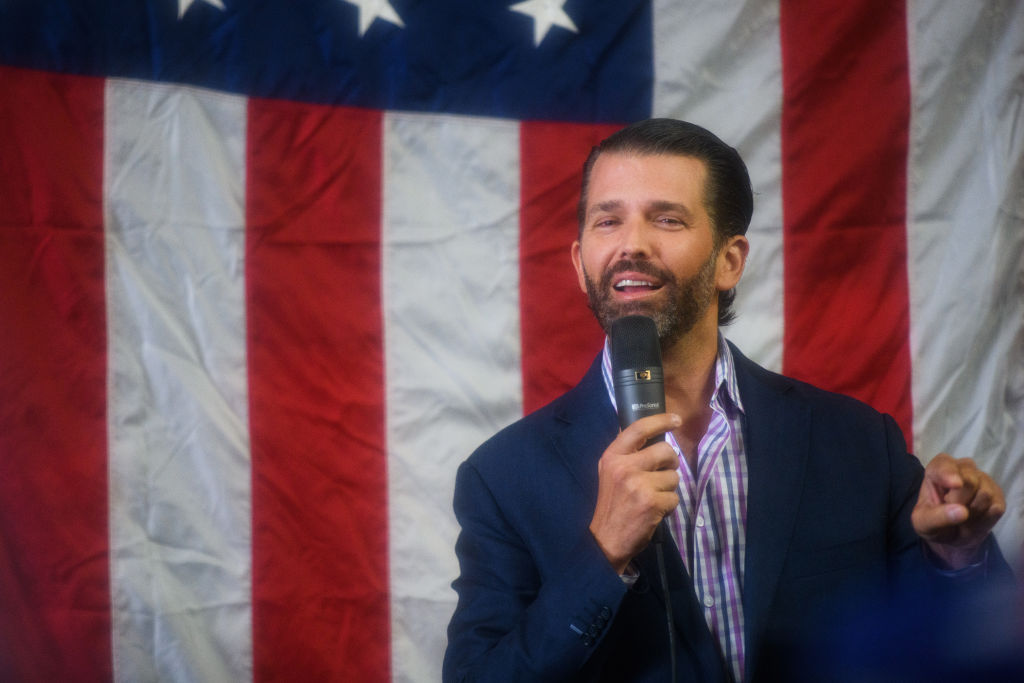 Qatar has been a controversial choice to host the World Cup, as the country has been accused of several civil and human rights violations, including allegations of harassment against the LGBTQ community.

The Middle Eastern country has also placed restrictions deemed “chilling” on media coverage that make it difficult to investigate the country’s treatment of women, LGBTQ citizens and migrant workers. Its prohibition of alcohol in the stadiums has also triggered complaints from many soccer fans.

On Thursday, Trump Jr. posted on Twitter that the U.S. has no right to criticize such restrictions.

“After turning a blind eye to pedophilia & the sexualization of our children as well as forcing vaccinations upon people against their will & with severe consequences etc the West has really ceded the moral ground to b**** about Qatar enforcing their beliefs at the World Cup,” Trump Jr. tweeted.

Homosexuality in Qatar is illegal and can result in up to three years in prison. FIFA, soccer’s international governing body, and Qatar’s government have continually asserted that the anti-LGBTQ laws will not affect the inclusivity of the World Cup.

FIFA President Gianni Infantino has emphasized several times that the tournament will be a safe environment for all, stating in October, “Everyone will be welcome to the tournament, regardless of their origin, background, religion, gender, sexual orientation or nationality.”

Liz Ward, program director of LGBTQ rights group Stonewall, told Newsweek in a report before the tournament, “Sadly, this year’s tournament is not safe for everyone.”

This week, fans wearing LGBTQ-themed hats to root on Wales in a Cup game alleged they were approached by security and asked to remove them.

Qatar’s ban on alcohol has been contested, considering beer is one of the main drinks typically served at a soccer match. The conservative Muslim nation restricted alcohol sales at games, which complicated the sponsorship the World Cup has with Budweiser.

There are reportedly fan zones that sell alcohol elsewhere. A source last week told Newsweek that “these fan zones will be serving alcohol, as well as hotels and bars/clubs in those hotels.

“You can’t take alcohol on the street, the same way that is true in many (most) states in the U.S. What people should expect is that they will be able to drink, if they want to, just not at the stadiums or near them. I think that makes it a much more family-friendly event.”