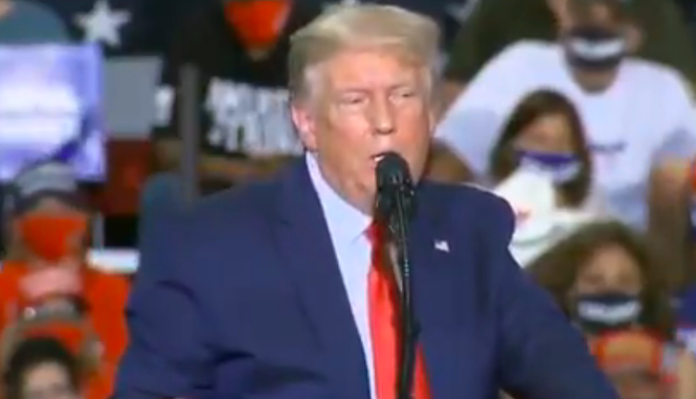 Former President of the United States of America, Donald Trump, is bragging about the amount he’ll be taking home on fight night. Trump will be on the commentary team for Saturday’s ‘Triller: Legends 2’ event. Although new to color commentary, Trump and fighting have been intertwined for some time now, most notably with top contender Colby Covington’s friendship.

“Multiple sources with direct knowledge tell TMZ, Trump says he’s making an ‘obscene’ amount of money providing ‘live, alternative commentary’ on the Evander Holyfield vs. Vitor Belfort fight. We’re told Triller, the media company behind the event, is paying a fortune … millions and millions for his blow-by-blow analysis, though our sources would not be more specific.” (According to TMZ)

Trump will not be alone in the booth, as his son, Donald JR. will also be on the desk doing commentary. According to TMZ the “millions” doesn’t end there, as Donald Trump will also be provided a private jet in his contract with Triller. 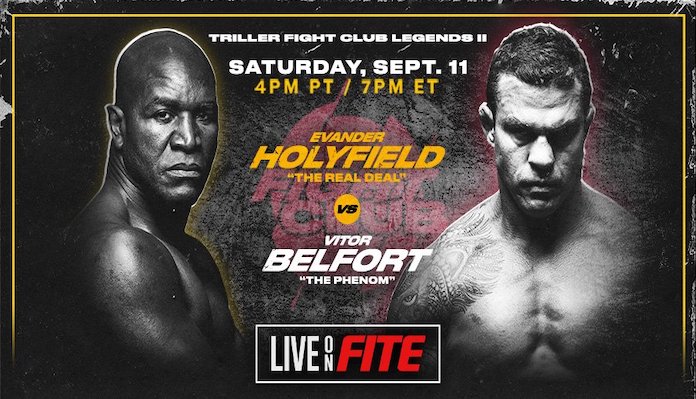 The former president sealed the deal with Triller over Labor Day weekend in what was described as a deal that “Couldn’t be refused.” According to TMZ, many involved with the event are not happy with Trump’s involvement.

The Triller event is headlined by heavyweights Evander Holyfield vs. Vitor Belfort. ‘The Phenom’ was originally set to battle Oscar De La Hoya at the event, but the ‘Golden Boy’ was forced to withdraw due to illness. The nearly 60-year-old Holyfield stepped in on short notice despite not having competed in over a decade. Belfort at 44-years of age hasn’t competed in combat sports since suffering a TKO loss at UFC 224 in 2018.