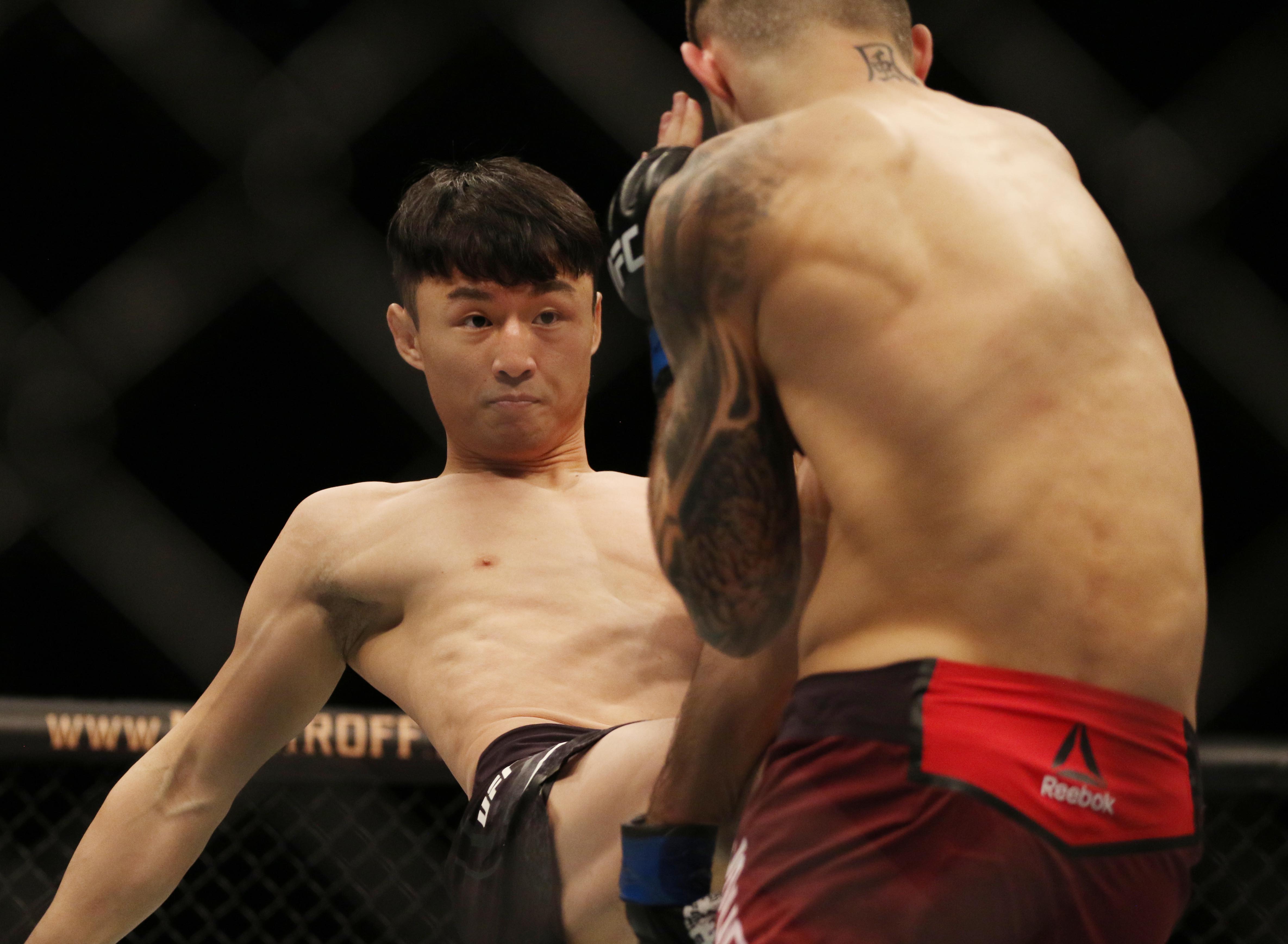 Dooho Choi won’t be making his long-awaited return to the octagon July 31 after all.

Both fighters confirmed the booking on social media following an initial report from MMA Island.

“The Korean Superboy” took to Instagram to release a statement on his withdrawal, claiming that a shoulder injury forced him to pull out. Choi hasn’t competed since December 2019 when he was stopped by Charles Jourdain in the second round. The loss marked Choi’s third in a row, but he was able to secure “Fight of the Night” bonuses in all three setbacks.

First of all, I’m so sorry for the fans who are waiting for my fight because I couldn’t have a fight due to injury. I’m in a fight business. That means an unexpected accident can happen at any time and I also think a fighter should take the fight even if he has a some injury because that is way it is.
I injured my shoulder in the last sparring session on Friday night. It was very light and easy rolling but something bad unlucky thing happened.
It is not a huge injury, but definitely it isn’t something that can handle the fight. If I had more time for recover, I would push forward and take the fight, but our camp inevitable decided that two weeks were just too shorts to recover.
I’m so sad that I prepared for this fight very hard and I apologize Danny because he must have prepared so hard for this battle as well.
I’ll be back in good condition soon, I really want to fight Danny when I get back show my best performance for the fans. Wait till I come back it will not be long.

After prevailing in a thrilling “Fight of the Night” battle with Tony Kelley in his UFC debut, Hawaii’s Kamaka has dropped his past two in a row to Jonathan Pearce, and most recently a split decision to T.J. Brown at UFC on ESPN 23 in May.

Meanwhile, Chavez has split his first two UFC appearances. Winner of four of his past five, “The Colombian Warrior” scored a unanimous decision over T.J. Brown but saw his winning streak snapped in his past outing in February when he was defeated by Jared Gordon.

With the changes, the UFC on ESPN 28 lineup includes: