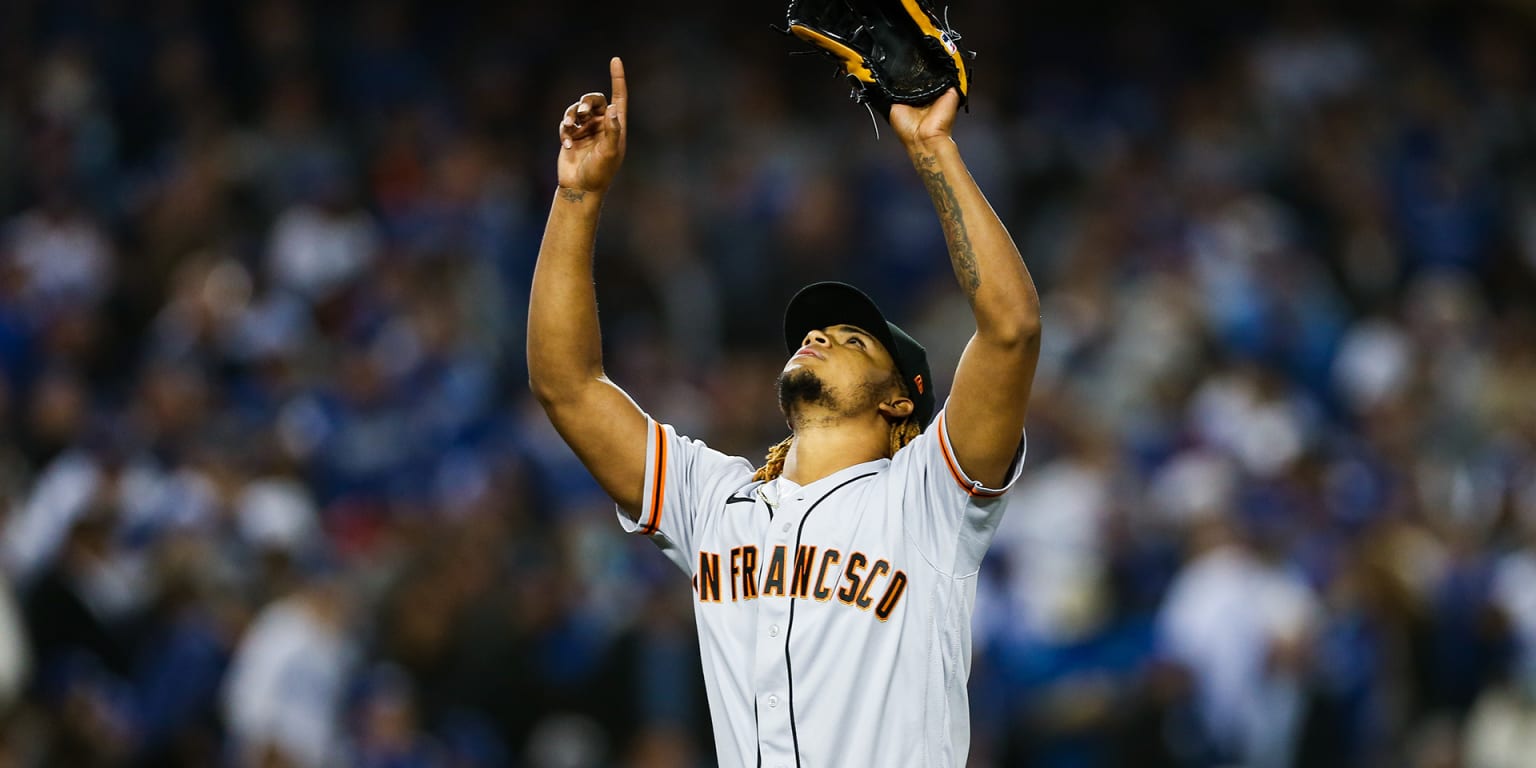 LOS ANGELES — With the Giants clinging to a one-run lead heading into the bottom of the ninth inning, manager Gabe Kapler approached Camilo Doval in the dugout and asked the 24-year-old rookie if he felt good enough to return to the mound for a second inning.

Doval assured him that he did.

Doval didn’t disappoint, working a scoreless ninth to cap a six-out save and close out the Giants’ 1-0 win over the Dodgers in Game 3 of the National League Division Series on Monday night at Dodger Stadium.

Doval’s effort sealed the Giants’ second shutout of the Dodgers in the series, giving San Francisco a 2-1 lead in the best-of-five heading into Game 4 on Tuesday night.

According to the Elias Sports Bureau, Doval became the fifth rookie to convert a two-plus-inning postseason save since the stat became official in 1969. The last player to accomplish the feat was Bobby Jenks of the White Sox in the 2005 ALDS.

“I feel really proud,” Doval said in Spanish. “I’m grateful that they’re giving me the opportunity to pitch in those spots. I love pitching in tight games, and it’s been working out for me.”

It’s been a meteoric rise for Doval, who hadn’t pitched above the Class A level prior to this season and spent last fall pitching in instructional league in Arizona. Now, the young flamethrower is being trusted to close playoff games for the Giants, who are only one win away from advancing to their first NL Championship Series since 2014.

“For him to just basically step in and take over that role, and then do what he did tonight was pretty special,” Evan Longoria said. “For a young guy that doesn’t have a whole lot of Major League experience, what he did cannot be understated, especially given the circumstances.”

Doval, a native of Yamasá, Dominican Republic, debuted with the Giants in April, but he endured a rough introduction to the big leagues. He struggled to control his triple-digit fastball and made too many mistakes with his slider, leading the Giants to demote him to Triple-A Sacramento after he posted a 7.59 ERA over 13 appearances.

He remained undeterred upon being sent back down to the Minors, though, dedicating himself to improving his command of his electric arsenal.

“I worked really hard,” Doval said. “I worked on what I needed to improve. They sent me down because my pitches weren’t nasty, but they are now. That’s what I focused on. I worked on my slider; I worked on my fastball. And thank God, they’re working for me now.”

That work is now paying off for Doval, who has been lights-out since returning to the Majors on Aug. 12. He ended the regular season by firing 16 1/3 scoreless innings, with 24 strikeouts over his last 16 appearances, and he continued to dominate in his postseason debut on Friday, when he recorded the final three outs of the Giants’ 4-0 win in Game 1 at Oracle Park.

Monday marked his toughest test to date, but Doval continued to exude preternatural calm while taking the mound under the bright October lights. Summoned to face the heart of the Dodgers’ order in the eighth, Doval proceeded to retire Trea Turner, Corey Seager and Justin Turner on 15 pitches.

Having already deployed top back-end arms Tyler Rogers and Jake McGee earlier in the game, Kapler decided to stick with Doval in the ninth. Doval rewarded his manager’s faith by coaxing a flyout from Chris Taylor, striking out AJ Pollock on three pitches and inducing a long flyout from pinch-hitter Gavin Lux to end the game.

Lux’s drive came off the bat at 106.9 mph and had an expected batting average of .890, but it was knocked down by the windy conditions at Dodger Stadium and landed safely in the glove of center fielder Steven Duggar, giving Doval his first career postseason save. Doval celebrated the moment by thumping his chest three times and pointing to the sky.

“I think tonight was particularly impressive, because it’s one thing to ask a guy to close out big games without a long track record of success, and it’s another step to do what he did,” Kapler said. “To come in an inning that wasn’t necessarily going to be his inning, but you found yourself right in the middle of the lineup. He was certainly the right guy for that moment.

“To have him be so successful in that first inning and have so much confidence to go back out there and do it again, I think this one was the most impressive of all.”