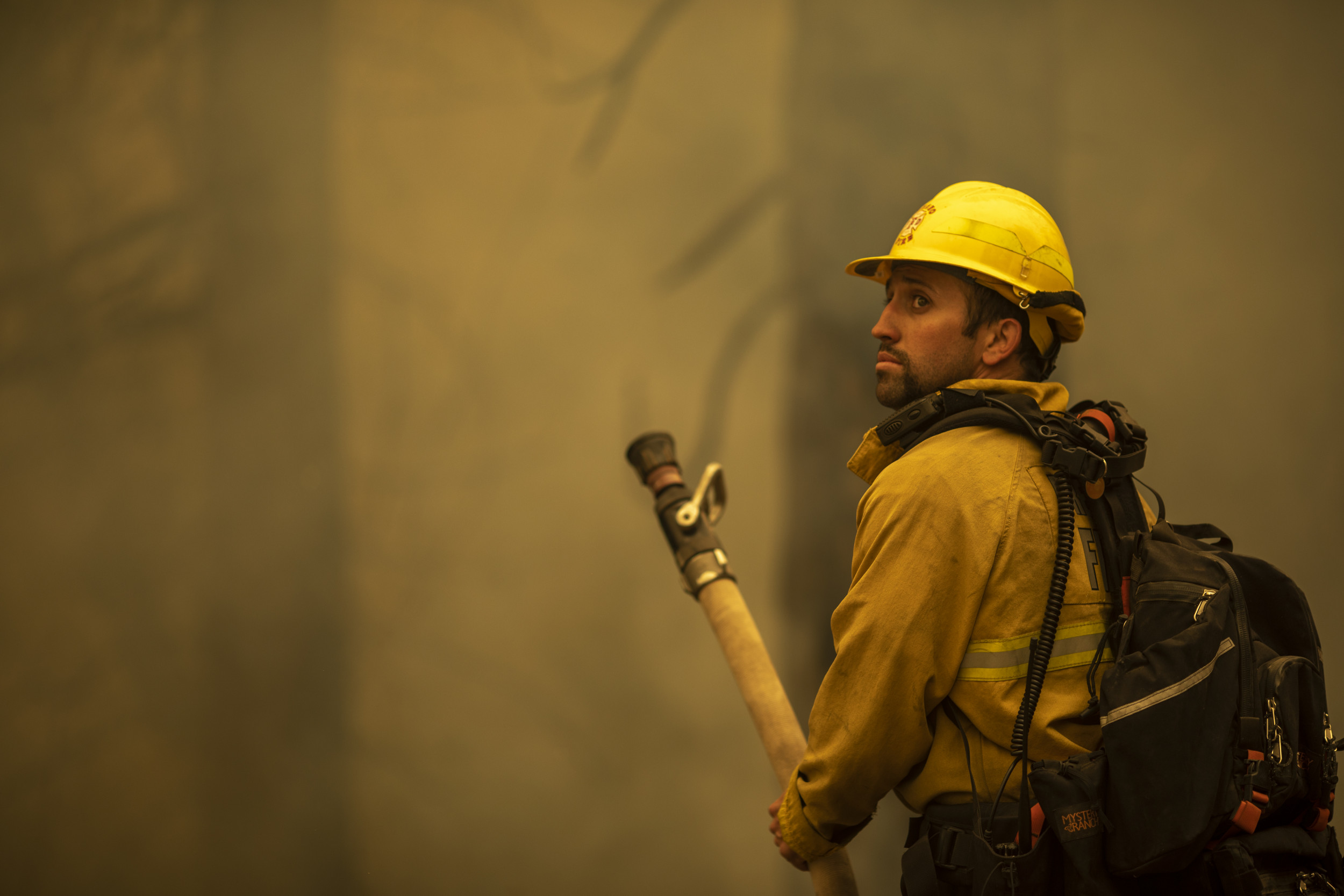 Dozens of mobile homes were destroyed as a result of new wildfires in California, and intense winds drove the flames towards two mobile home parks, officials said.

The new Alisal Fire started on Monday afternoon, and wildfires tore through the mobile home parks, causing extensive damage and left at least one person injured, the Associated Press reported.

In the Islander Mobile Home Park in San Joaquin County, about five mobile homes were damaged by flames and one man suffered third-degree burns over most of his body, Lathrop-Manteca Fire Chief Josh Capper told Fox40-TV.

The fires also toppled trees, whipped up blinding dust clouds and forced a utility to cut power to thousands of customers in an effort to prevent wildfires on Monday.

On the south Santa Barbara County coast, the Alisal Fire had scorched more than 9 square miles by early Tuesday and remained completely uncontained.

The fire erupted Monday afternoon on a ridge and blasted down toward the ocean, forcing closure of U.S. 101, the only major highway on that section of the coast. Evacuation orders were issued for several areas of the lightly populated region.

The winds arrived Monday as a low-pressure system moved from Oregon toward the Great Basin. Red flag warnings for critical fire danger remained in effect Tuesday for much of the interior of Northern California, with lesser wind advisories continuing in Santa Barbara County.

In anticipation of the wind event, the Pacific Gas & Electric utility shut off power to about 24,000 customers in targeted areas of 23 counties to prevent fires from being started if gusts damaged electrical equipment.

PG&E said Monday night that its meteorologists had begun issuing “all-clear” advisories for portions of the areas affected by the public safety power shutoff and crews were patrolling de-energized lines to check for damage before restoring electricity.

PG&E equipment was blamed for a 2018 fire that wiped out most of the town of Paradise in Butte County. The company filed for bankruptcy and pleaded guilty to 84 counts of involuntary manslaughter. PG&E also faces numerous criminal charges for fires caused by its fraying equipment, including involuntary manslaughter charges filed last month in connection to a wildfire near the city of Redding last year that killed four people.

Windy weather is a nightmare for firefighters in a state where heat waves and historic drought tied to climate change have left forests and brush tinder-dry. Fires that began in late summer are still burning after destroying hundreds of homes.

In the Sierra Nevada, the KNP Complex fire that may have burned hundreds of giant sequoias was only 30 percent contained. On Monday, a firefighter was struck by a rolling rock. The firefighter was airlifted to a hospital and is in stable condition, fire officials said.