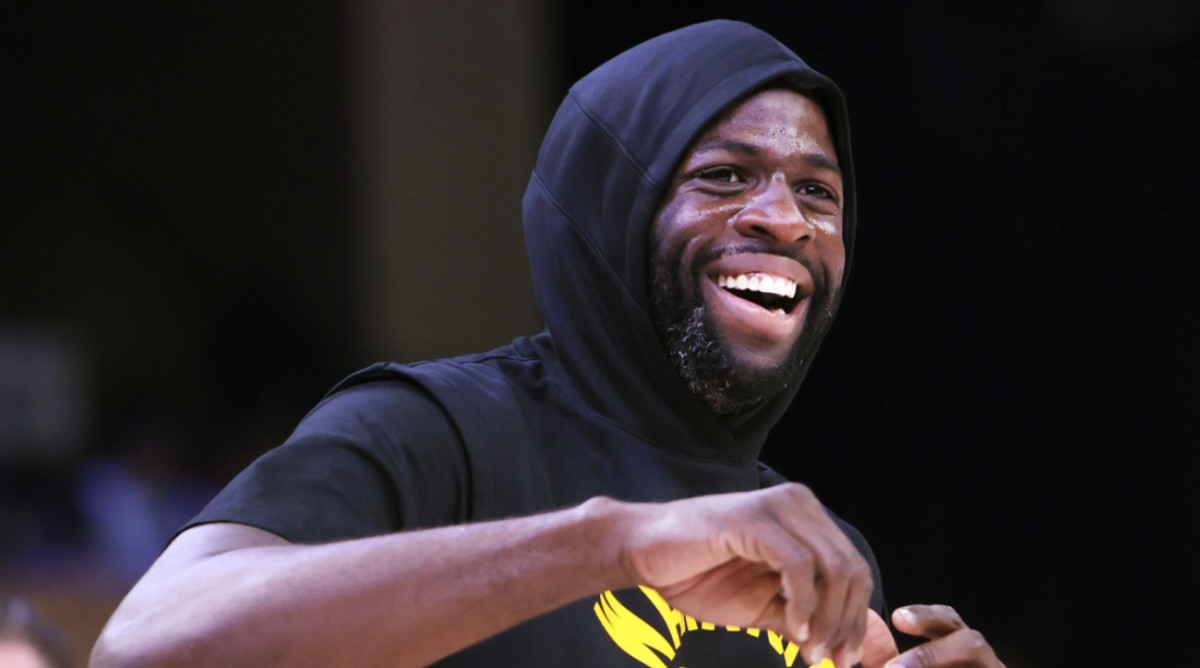 Ahead of Game 5 of the Grizzlies-Warriors series, Steph Curry joked with Memphis fans’ rally chant by saying the team’s game plan was to “whoop that trick.”

Well, it didn’t work out too well for Golden State as the team lost by 39 points to Memphis on Wednesday night. The Grizzlies led by 55 at one point.

Because of the blowout, of course, the Memphis crowd chanted “whoop that trick” even more than normal in FedExForum. Draymond Green was even seen dancing along to the crowd’s chant.

Following the game, Green continued to troll Grizzlies fans by saying the Warriors will move on from this loss and continue to “whoop that trick.”

The Warriors forward said he doesn’t like when teams only embrace the crowd when the team is winning, so he wanted to still interact with the hyped-up Memphis crowd.

“We got our a– kicked, that’s alright, it happens,” Green said. “When you spew it out, you gotta be willing to take it, not hide from it, not duck from it, not run from it, embrace it. So, I appreciated the crowd tonight, the energy that they brought to the game. If they want to whoop that trick, we’ll whoop them together.”

The Warriors still lead the series 3–2, giving them at least two more chances to move on in the playoffs. Game 6 is scheduled for Friday night at 10 p.m. ET.

For more Golden State Warriors coverage, go to Inside The Warriors