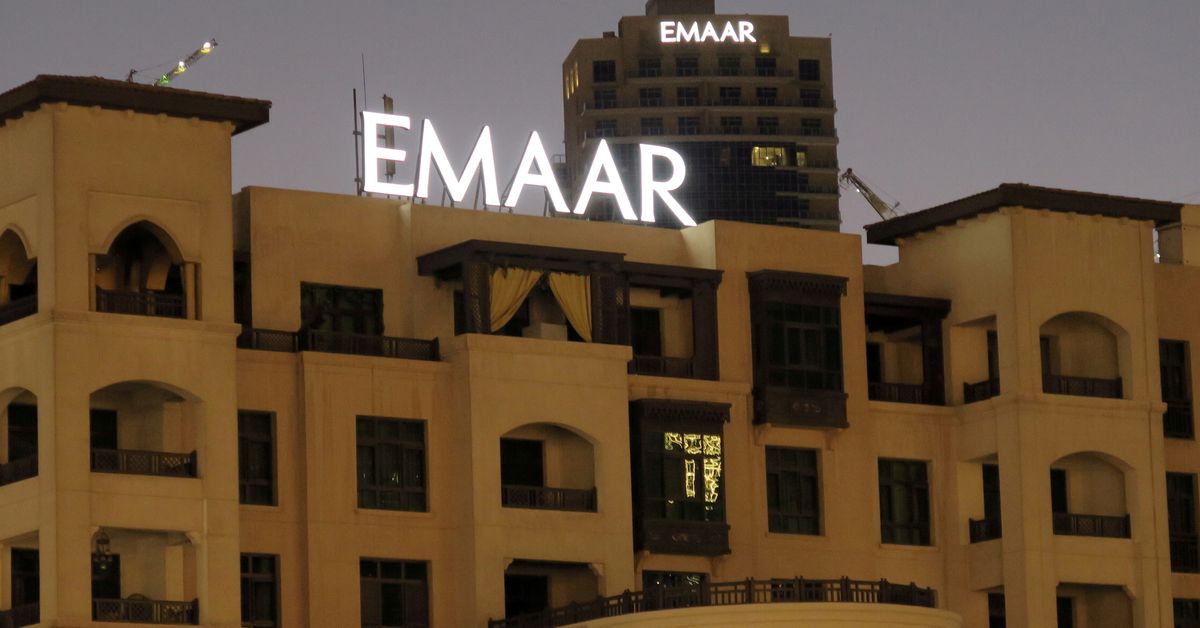 The logo of Dubai’s Emaar Properties is seen on a building in Dubai, United Arab Emirates, January 12, 2018. REUTERS/Ahmed Jadallah/

Analysts had expected a net profit of 1.06 billion dirhams, according to an mean estimate by analysts on Refinitiv’s Eikon data.

“We have increased our share in key markets of Egypt and India, capturing the strong increase in demand in these economies,” said Mohamed Alabbar ,founder of Emaar.

Emaar said it had a sales backlog of $12.3 billion at the end of the first quarter, which will be recognised in the future.

Dubai, the Gulf region’s trade and tourism hub and host of World Expo, which ended in March, has experienced a boom in property deals.

Property consultancy CBRE said in a recent report total volume of transactions in Dubai’s residential market in the year to date to March 2022 hit 19,009, the highest total ever recorded in the first quarter of the year.