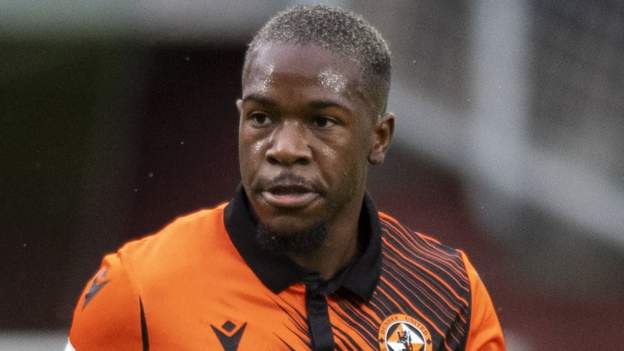 The club investigated an alleged comment made by a Ross County fan towards the Cameroon midfielder during Saturday’s match, which United won 1-0.

Findings have now been submitted to the Scottish FA and SPFL.

Following the match, Tangerines head coach Thomas Courts held an anti-racism t-shirt in front of the visiting supporters at Tannadice.

In a statement detailing their stance, County said the club’s safety officer had been in contact with United officials, stewards and fans in the away end.

The Highland club said Courts’ gesture after the game risked the safety of their supporters leaving the ground.