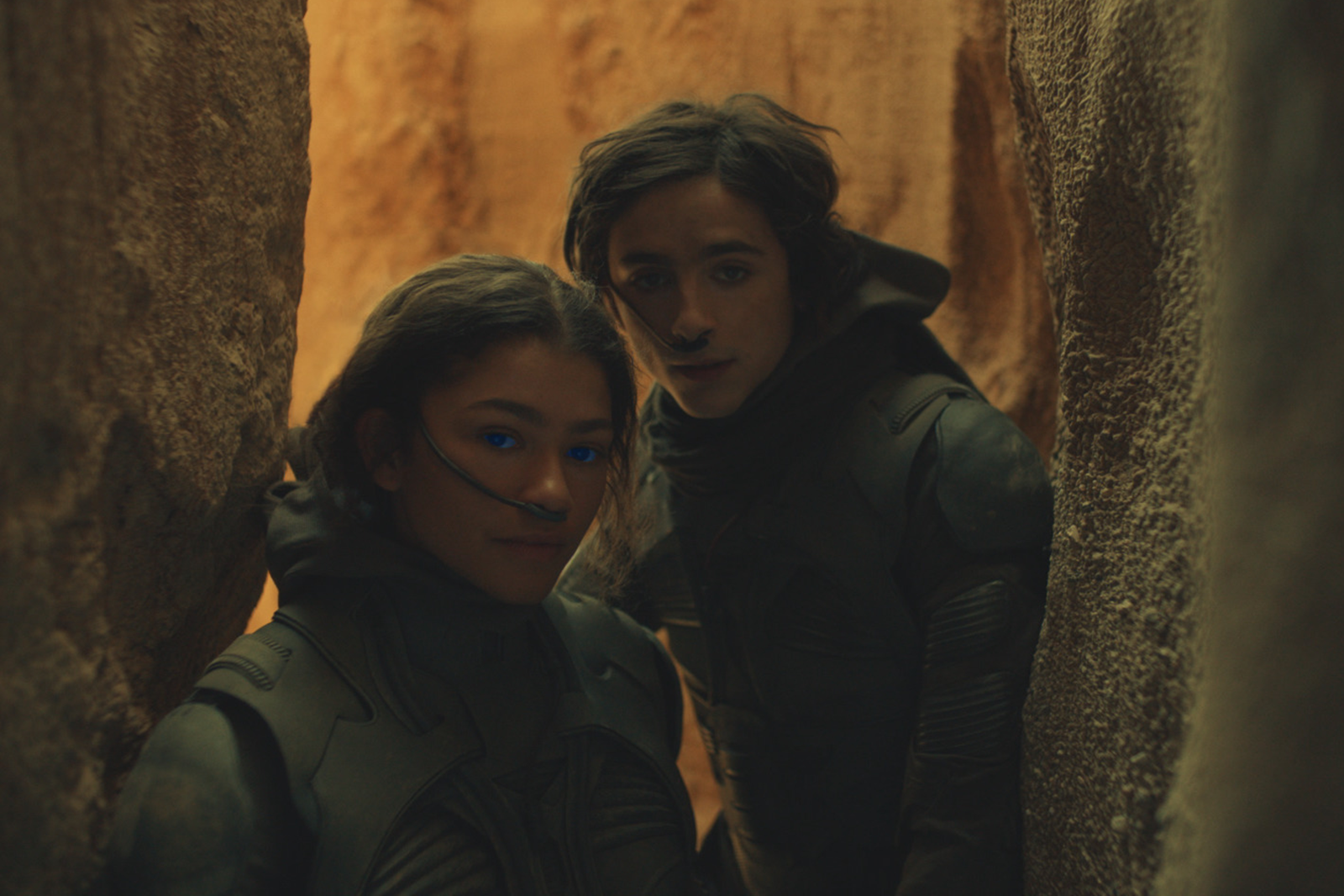 Dune director Denis Villeneuve has been given the go-ahead from Legendary and Warner Bros. to continue to unravel the sci-fi world of the book-to-film adaptation with Dune: Part Two. The film is set for a tentative October 2023 theatrical release with Timotheé Chalamet returning as Paul Atreides and Zendaya appearing as Chani.

“I just received news from Legendary that we are officially moving forward with Dune: Part Two,” Villeneuve announced in a statement. “It was a dream of mine to adapt Frank Herbert’s Dune and I have the fans, the cast, and crew, Legendary and Warner Bros. to thank for supporting this dream. This is only the beginning.”

The production companies and members of the cast took to Twitter to share the bright orange poster reading Dune Part Two. The announcement comes after numbers began rolling in for the massive opening weekend box office performance of the first portion of the film series adapted from Herbert’s 1965 sci-fi novel.

Dune premiered simultaneously in theaters and on HBO Max as one of the biggest film events of the year yielding $40.1 million in revenue from its domestic debut. The number adds to the growing global earnings of the film, which currently sit above $223 million.

“Denis Villeneuve has crafted a film that is both visually extraordinary and emotionally transporting, as evidenced by its global success both critically and at the box office,” said Warner Bros. Pictures Group Chairman Toby Emmerich. “We are thrilled to continue on this journey with Denis and his cast and crew, and our partners at Legendary, and can’t wait to bring the next chapter of this epic tale to theaters in October 2023.”