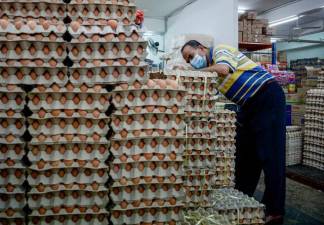 KUALA LUMPUR: The Department of Veterinary Services (DVS) has taken follow-up action by visiting and conducting an investigation on Lay Hong Bhd’s ‘CES 008’ farm in Jeram, Selangor, to identify the cause of Salmonella enteritidis (SE) contamination, which led to a recall of the company’s eggs in Singapore.

DVS in a statement today informed that the department has begun tracing the source of the infection besides checking vaccination records, egg production and records of disease surveillance programmes on the farm.

“Eggs from the CES 008 farm are not allowed to be sold in the local market as table eggs until the results of the investigation are obtained. Eggs from this farm are only for the production of egg products that undergo heat treatment at the company’s processing plant located in Kapar and Meru, Selangor.

“DVS also conducted inspections and sampling for SE testing on all farms owned by Lay Hong Bhd to ensure that the company’s farm eggs are SE-free,“ the statement said.

Meanwhile, DVS informed the suspension of egg exports from the CES 008 farm for the Singapore market did not affect exports from other farms, as well as supply for the local market.

It said that Salmonellosis was also among the diseases monitored at all poultry farms in Malaysia through the National Animal Disease Surveillance Programme.

Yesterday, Bernama reported that Singapore had instructed four importers in the country to recall eggs produced by Lay Hong Bhd Layer Farm Jeram in Malaysia, as a precautionary measure.

The Singapore Food Agency (SFA) said the directive was made following the discovery of SE bacteria in the product, which can cause foodborne illness if is eaten raw or half-cooked.

According to the DVS, there are over 2000 species of Salmonella, and symptoms of the infection in humans include abdominal pain, diarrhea, nausea, vomiting and fever. Nevertheless, SE can be destroyed by cooking the product well.

The department also said it had held an engagement session with the management of Lay Hong Bhd earlier today.

“The company has informed that 100 per cent of the eggs produced from the CES 008 farm are for the export market to Singapore. The company has agreed to implement corrective measures and monitoring more frequently, as well as improve biosecurity controls,“ read the statement.- Bernama