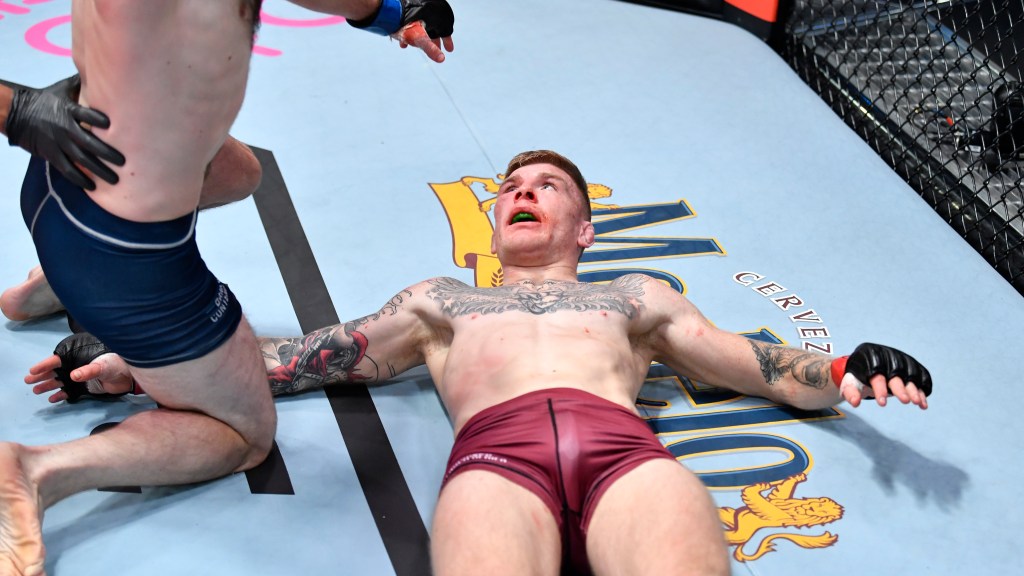 Viacheslav Borshchev made quite the impression on Tuesday evening.

At Dana White’s Contender Series 43, Borshchev took on Chris Duncan for an opportunity to earn a contract as UFC president Dana White and matchmakers Mick Maynard and Sean Shelby looked on from cageside.

Borshchev (5-1), a Team Alpha Male product, landed a brutal left hook in the second round to flatten Duncan (7-1), creating an incredible knockout.

Watch video of the finish below (via @ufc on Twitter):

🇷🇺 @ViacheslavBors1 came in with nothing but a point to prove tonight!

[ #DWCS is LIVE on @ESPNPlus ] pic.twitter.com/d26s2gwEKX

On a program that rewards spectacular performances, it’s very likely that Borshchev will walk away at the end of the evening with a new UFC contract. It certainly doesn’t hurt that he has a connection with UFC Hall of Famer Urijah Faber.