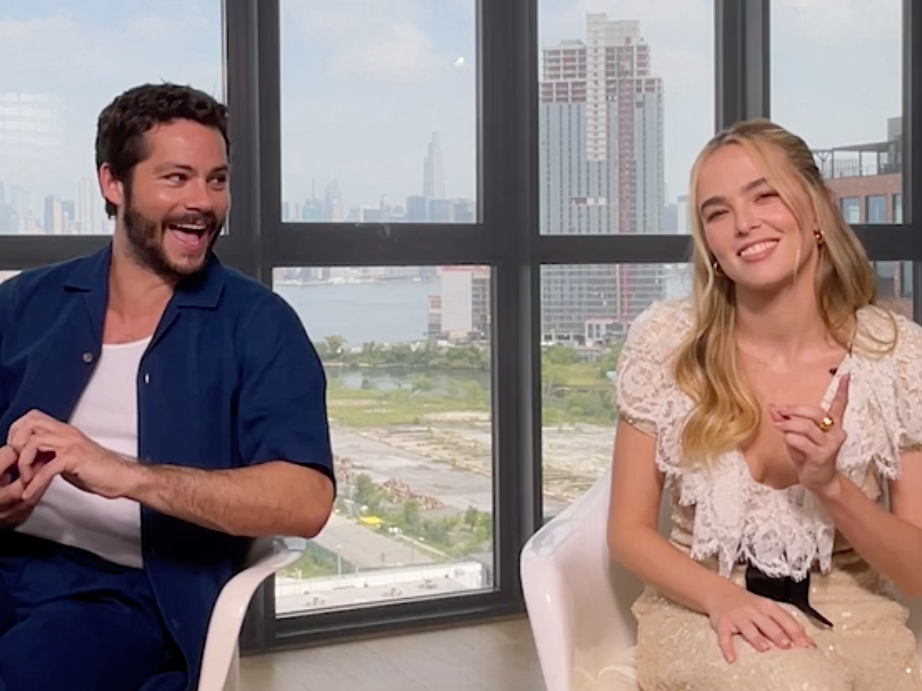 Ever wonder if you’ll encounter Dylan O’Brien on a dating app, and finally get the chance to shoot your shot? If this is you, or if you’ve had a crush on him since he starred in Taylor Swift’s “All Too Well: The Short Film” (or, for you sci-fi stans…The Maze Runner), then rejoice! In the second episode of Vogue’s “Agree to Disagree,” O’Brien joins Zoey Deutch—his co-star in Not Okay, now streaming on Hulu—to debate the merits of common aphorisms at the intersection of dating and social media. In so doing, O’Brien sets the record straight about his dating app usage, Deutch tells us why you shouldn’t lie on a first date (hint: the truth always comes out in the end), and a few other juicy admissions emerge.

With Deutch clad in a shimmering gold sequined dress and exaggerated lace collar befitting a Jane Austen character (with a black hair bow to boot), and O’Brien wearing a dapper short-sleeved blue suit dressed down with a white tee, the pair take turns reading (and debating) common sayings, from classics like “all publicity is good publicity” to more freshly minted wisdoms, including “a soft launch before a relationship reveal is essential.”

With the kind of banter that makes you wish you were part of the friend group, Deutch and O’Brien make it clear that they built a genuine bond during their time filming Not Okay. From ghosting to sliding into people’s DMs, they have an opinion on it all…But the question remains: do you agree with them? Or do you agree to disagree? Tune in and play along.