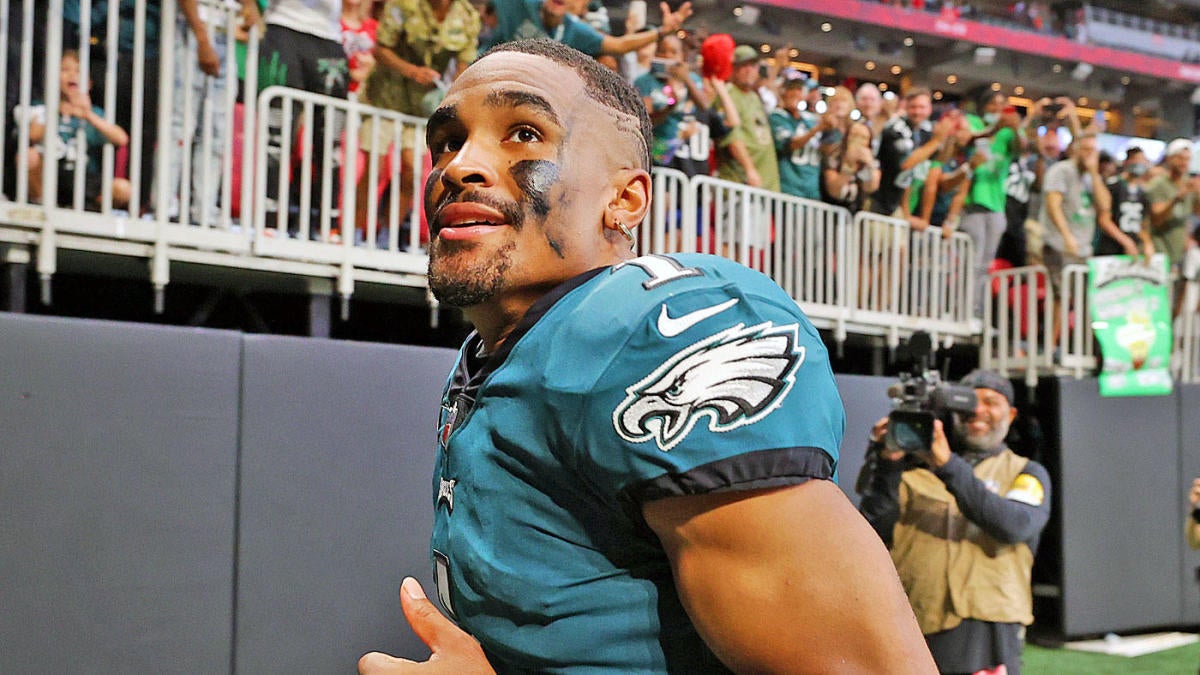 Jalen Hurts continues to show the Philadelphia Eagles front office why he should be the next franchise quarterback. Nick Sirianni may be way ahead of his superiors in believing it.

Hurts finished 27 of 35 for 364 yards with three touchdowns and no interceptions for the Eagles in a blowout win over the Atlanta Falcons. Finishing with a 126.4 passer rating, Hurts also had seven carries for 62 yards. The Eagles quarterback has the last two games where a quarterback has thrown for 250 yards and three touchdowns with no interceptions, while rushing for 60 yards.

Only three times has a quarterback has accomplished those numbers in a single game in NFL history in his first five starts. Hurts is responsible for two of them.

“Jalen was in complete control the whole game,” Eagles head coach Nick Sirianni said of his performance. “He played a heck of a football game. I’m really happy with the way he played.”

Hurts is one of just four players in NFL history to complete 75% of his passes, throw for 250 yards with three touchdowns and no interceptions in a game. He is the only player since 1950 with 1,100 pass yards and 250 rush yards in his first five starts.

An impressive start for a quarterback the Eagles front office wasn’t even sure they wanted in the offseason.

Through five starts, Hurts has been performing up to his standards. The Eagles quarterback likely isn’t satisfied.