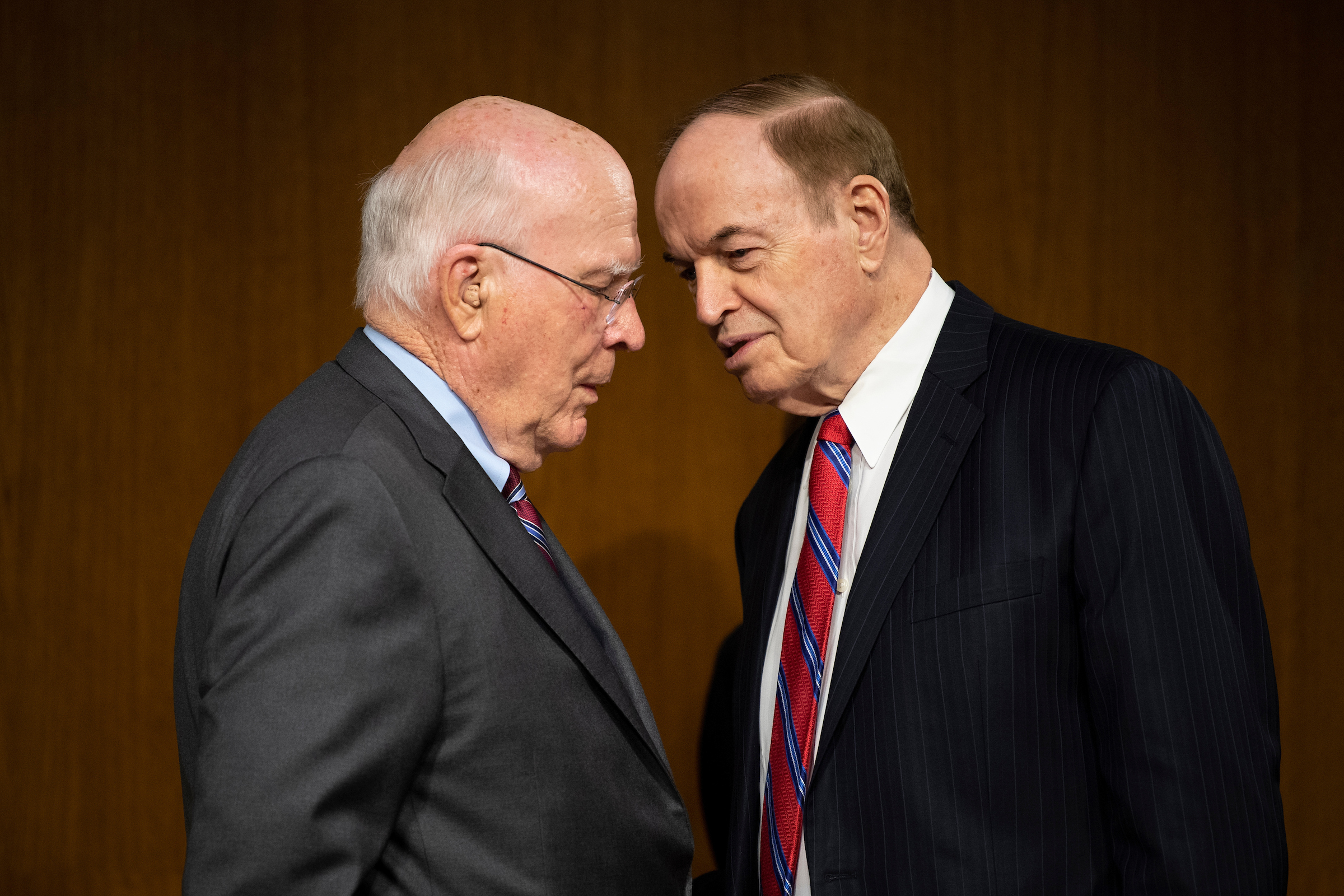 The return of earmarks in the Senate is on shaky ground with just days to go before the panel is expected to begin its markup process.

The panel’s top Republican, Richard C. Shelby said last week that without a 50-50 split on earmarks, “the deal will probably collapse and there won’t be any earmarks period.”

“I assume we’re going to get 50 percent, that was the agreement,” Shelby, R-Ala., said.

But Leahy, D-Vt., didn’t go that far Wednesday, saying that “if they’ve got legitimate earmarks in there I want to support them,” though he didn’t say that would be a down-the-middle split.

“I mean, that’d be up to them. If they want 50 percent of the earmarks they’re going to have to at least ask for them,” Leahy said.

That could be difficult given only 16 Senate Republicans have requested earmarks from the spending panel thus far. Among the Democratic caucus, just two senators out of 50 haven’t submitted any earmark requests: New Hampshire’s Maggie Hassan, who faces a potentially tough swing-state reelection bid, and Montana’s Jon Tester, who’s up in 2024 in a red-leaning state.

Leahy is accepting requests for nine of the dozen bills; of those, so far the Labor-HHS-Education bill’s deadline for publicly posting the requests hasn’t arrived. So it’s possible that some more Republicans end up asking for earmarks, but it seems unlikely they’d end up matching the Democratic numbers.

If not, it would mean Leahy and the Democrats would have to agree to allocate the same amount of earmark dollars to a smaller group of GOP senators that they’ve parceled out to their own side of the aisle.

That could be a tough sell. But Leahy has been trying to accommodate Republicans and entice them to support a return to earmarks after a decadelong ban.

Leahy said on March 10, before formally announcing a return to “congressionally directed spending” in that chamber, that he’d dedicate half of spending on those home-state projects to the GOP if they chose to participate.

“I’m perfectly willing to divide it equally between Republicans and Democrats. And so it will be up to them if they want it. If they don’t, we’ll just have it on the Democratic side,” Leahy said at the time.

That changed on May 24 when Leahy said appropriators would “work it all out” once they started “having the bills.”

A couple of days later, Leahy spokesman Jay Tilton said in a statement that it was Leahy’s “intention” to split the project funds 50-50, unless “Senate Republicans did not participate in requesting earmarks in any significant way.”

Throughout the process, Shelby has maintained that he and Leahy agreed to a 50-50 split and that’s what Republicans expect.

Shelby said he and his GOP colleagues weren’t trying to meet any minimum number of earmark requests or hit a certain amount of funding for requested projects.

It’s mathematically possible Leahy could find enough money to sprinkle around among the Republicans who’ve asked for projects that would match the amount given to Democrats.

There are some hefty project requests on the GOP side, such as a $30 million Thune ask for an interchange connecting parts of Sioux Falls in the Transportation-HUD measure.

Retiring Missouri Sen. Roy Blunt, another senior appropriator, wants $60 million to build more classrooms, labs and offices at Missouri State University in the Commerce-Justice-Science measure. Shelby, also retiring, wants $60 million for similar purposes at the University of South Alabama College of Medicine, and three projects adding up to $300 million in the Transportation-HUD measure.

But meeting a 50-50 split demand will nonetheless be difficult because of the breadth of requests on the Democratic side. Majority Leader Charles E. Schumer has a lengthy list, including $212 million to clean up contaminated water wells and remove lead piping in Hempstead, N.Y., through the Energy-Water bill.

And Kyrsten Sinema, D-Ariz., a key vote on pretty much any bill in the evenly divided Senate, wants nearly $129 million in the Military Construction-VA measure, one of the first bills expected to get a markup in the coming weeks. The money would be for two projects at Marine Corps Air Station Yuma, including $99.6 million to build new housing for 608 Marines, with parking and recreation facilities.