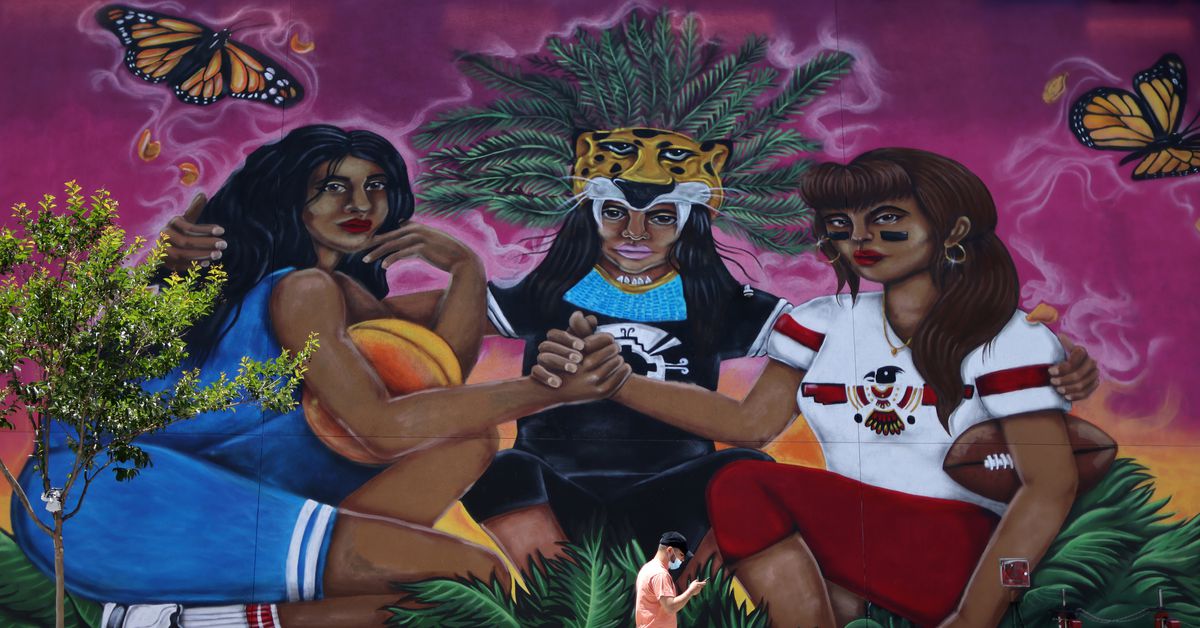 Yet for all its fame and vibrancy, the almost entirely Latino community of 120,000 people suffers from an identity crisis, if not a political one. The 7.4-square-mile (19-square-km) area is not its own city nor part of the city of Los Angeles but rather an unincorporated area of Los Angeles County.

As it is, the only elected local government official representing East L.A. is County Supervisor Hilda Solis, whose district encompasses nearly 2 million people from dozens of cities, unincorporated areas and Los Angeles neighborhoods.

A special district would give East L.A. its own elected council to set priorities on solving community problems. Provided East L.A. can persuade county authorities to cede certain powers, it would also get more say on how local tax revenue is spent.

“I think of East Los Angeles as the neglected stepchild of Los Angeles. And that’s largely because of its unincorporated status. There’s no local control, and there’s no form of community self-determination,” said Eric Avila, a professor of Chicano studies at UCLA who is unaffiliated with the special district campaign.

Through the decades, several attempts at becoming a city have failed, so proponents chose a less ambitious option. A special district still requires years of planning and, eventually, approval from voters within the proposed boundaries.

The project is still in its infancy, so no discernable opposition has coalesced. Solis declined to be interviewed.

“A lot of people from outside of East L.A. are making decisions for us and that has to stop,” said Tony DeMarco, president of the Whittier Boulevard Merchants Association and a leading advocate for a special district.

The most recent attempt at cityhood collapsed in 2012 after a body known as the Local Agency Formation Commission found that as a city East Los Angeles would have steep budget deficits. Criticism of the study includes that it took place in the wake of the great recession of 2007-2009, and that new businesses have since arrived.

As a special district, East L.A. would have greater say in determining enforcement priorities for the Los Angeles County Sheriff’s Department, but it would not form its own police department.

For example, supporters of greater home rule want to curtail the havoc that ensues when “lowriders” – classic cars modified to hang close to the asphalt and also to rise to improbable heights and angles – cruise Whittier Boulevard, the main artery through East L.A.

In large measure, the special district campaign is born out of local pride.

“If East L.A. had a flag, I’d be flying it,” said lifelong resident Alex Villalobos, 38, a supporter of the special district and the director of marketing for consulting firm Barrio Planners.

East L.A. has also seen its share of heartbreak. Journalist and civil rights advocate Ruben Salazar was killed in East L.A. in 1970, shot in the head with a tear gas projectile by an L.A. County sheriff’s deputy during a Chicano protest over the war in Vietnam.

The term Chicano, born out of the civil rights era and coinciding with Cesar Chavez’s movement to organize Latino farm workers in the 1960s and ’70s, has fallen out of favor.

Whatever the nomenclature, many Mexican Americans of East L.A. have a complicated identity, much like the community itself.

“We have an American lineage and we have Mexican lineage. We can’t live without one or the other,” said Froilan Godiles, an immigrant who owns a party supplies business in East L.A. “We don’t consider ourselves Latinos. We’re Mexican. We’re from East L.A. We’re North Americans.”

From food to fashion to music to language, Mexican American culture is proudly on display in an area that was part of Mexico until 1848.

“We like to show off our flavor, our skin. I don’t know if it’s good or bad but we like it. We are proud of our roots,” Godiles said.

Four major freeways that slice through the community were built in the 1960s, tearing up neighborhoods, forcing relocations and lowering property values, making East L.A. more affordable for working-class immigrants, said Avila, the Chicano studies professor. That solidified East L.A. as a Mexican American enclave in the 1970s.

Its pull remains strong. Immigrant entrepreneurs say the widespread use of Spanish and familiarity with Mexican customs make it an ideal place to start a business. Some shop owners barely speak English, serving Mexican American customers of multiple generations.

Drivers of the lowriders also are drawn to a place where Mexican Americans carved out their own, distinct place in Southern California car culture after World War Two. Today they cruise beneath East L.A.’s signature landmark, an arch straddling Whittier Boulevard completed in 1986.

As East L.A. native Ernie Serna, 57, described the allure: “It’s like a Jew going to Jerusalem.”