‘Elden Ring’ Review (PS5): Game Of The Generation, So Far 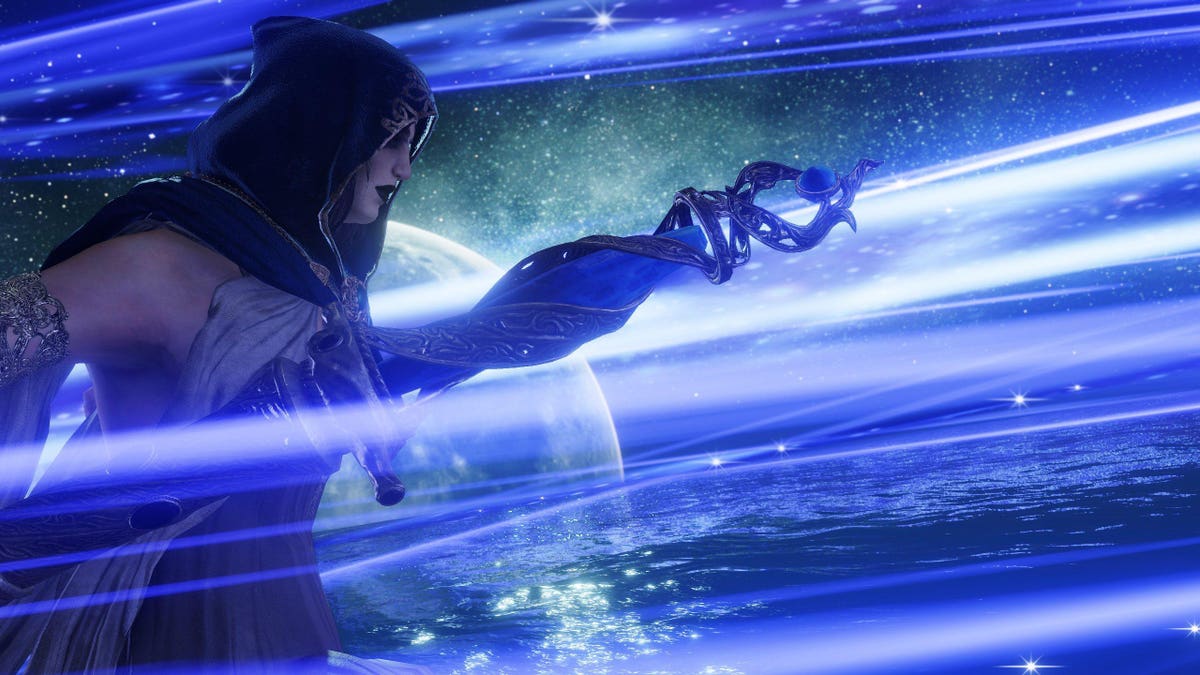 This may be the latest I’ve done a scored review of a game, but hey, life calls, and not only did I delay starting up Elden Ring due to Horizon Forbidden West and Destiny 2: The Witch Queen being released the same week, but I also…then had a child, so here we are! And as a new gamer dad, I have managed to work my way all the way through Elden Ring, against all odds.

And I’m sure glad I did.

Some context: I’m not a Soulsborne person. Not really. I bounced off the original Demon’s Souls back in the day and have never played any of the Dark Souls trilogy. I did play Bloodborne to its conclusion, however, so that prepped me a little bit I suppose, albeit that was years ago at this point.

Elden Ring, despite being another FromSoftware game, is another animal entirely, however. It’s larger, longer and I would argue, much more accessible, despite its moments of extreme difficulty and potential for progress loss. And it is one of the best games I’ve played in several years, and is easily the best game I’ve seen released since the dawn of the PS5/Xbox Series X generation. I kind of expect that to stand for a few more years to come, and GOTY for 2022 seems like a lock at this point, especially after recent delays.

For starters, the world that Elden Ring has created here, The Lands Between, is an achievement not just for the developer, but for the entire concept of open worlds in games. I have played so many open world games at this point that I am frankly exhausted from the concept, but Elden Ring changed all that with its exceptionally diverse, massive map that never stopped being interesting after 100 hours, and there’s probably 100 more worth of secret hunting you could extract from it in a single playthrough. While sure, we have our “biomes,” starter greenery, a swamp, an icy mountain, it never feels derivative and features some of the best scenic storytelling I’ve seen, on top of masterful level design that uses verticality, both above and below ground, in a way we rarely see in maps like this.

My journey through The Lands Between was as a mage, casting spells first with a shield, then later with a set of Wolverine claws I had modified to let me teleport out of harm’s way. This is the first FromSoftware game where magic is not just an option, but a truly large part of the game, capable of multiple, powerful builds between Int, Faith, Arcane and weapons that use all three. Focused mainly on Int, I was slinging tracking meteorites and throwing icy moons at people by the end. I’m told Faith is probably the more interesting path to go down with more entertaining spells, but I still had a good time regardless.

My build had me spamming spells while my summons, first skeletons, then a copy of myself, then a DPS maniac assassin, helped me out and got me through the toughest fights. You can overlevel for most of the content in the game if you do enough sidequests or rune farming, but eventually you will hit a point where it doesn’t matter, as the last third of the game kicks the difficulty into its final form, and no amount of power will save you. The game’s hardest boss, Malenia, will haunt my nightmares for years to come, and she’s already a video game legend (as is a real-life player you can summon to solo her).

Combat is fun with any type of build, but where the game really shines is exploration. I cannot get over how truly dense this map is, where it lacks any real sort of indicators about where you should go and what you should do, but simply going anywhere, doing anything, will lead you to interesting locations, scenarios and treasures, and if you don’t explore enough, you can miss entire, massive chunks of a game, like an entire sprawling zone you can only reach if you get two halves of a single medallion from one NPC and one chest out of thousands.

If I have any criticisms of Elden Ring it’s that perhaps sometimes it can be a little too obtuse. While I enjoy figuring things out for myself, there are many points in the game where it would be literally impossible not to break quests or miss endings or loot without looking up guides, and the longer the game goes, the more there is to miss. There’s “tricky” and there’s “accidentally completing one quest too early 70 hours ago completely breaks the chain of this entire zone,” requiring another full playthrough to get it right. There are too many instances like this, which is why I found myself looking up guides more and more as the game went on, as I felt like I would be ruining the game in spite of myself simply trying to figure it all out for my own.

This is also not a game you’re going to play for its story. Yes, it has some memorable characters and wild cutscenes, but not many, and not often. You will have to do a lot of the heavy lifting yourself to read up on the lore of this world and what’s going on here in this space that George RR Martin himself helped created. While I like the mythology, mainly reading item descriptions and looking up YouTube lore videos is not what I’d call an ideal practice of video game storytelling.

But again, in the grand scheme of things, these are minor instances, and in fact, reasons to give the game another playthrough with a new build and not missing all the stuff you know not to miss the second time. I don’t know if I have time for that any time soon, but I can see the benefit.

Elden Ring is a stunning achievement from a literal video game architecture perspective, along with creating a difficult but not wildly punishing game that everyone, even non-Soulsborne devotees, should be able to enjoy. I have not been this impressed with an open world since Skyrim, and Elden Ring even surpasses that in many ways. It’s an easy game to recommend to anyone and everyone, and deserves the explosive sales success we’ve seen, dwarfing old FromSoft records. Elden Ring is a gaming achievement the likes of which we rarely seen, and you will be remiss to not pick it up and see what the hype is about for yourself.

Bethesda Delays ‘Starfield’ And ‘Redfall’ To 2023, Leaving Xbox’s 2022 Barren
See The Jaw-Dropping First Image Of The Black Hole ‘Enigma’ At The Heart Of Our Galaxy Just Revealed By Astronomers