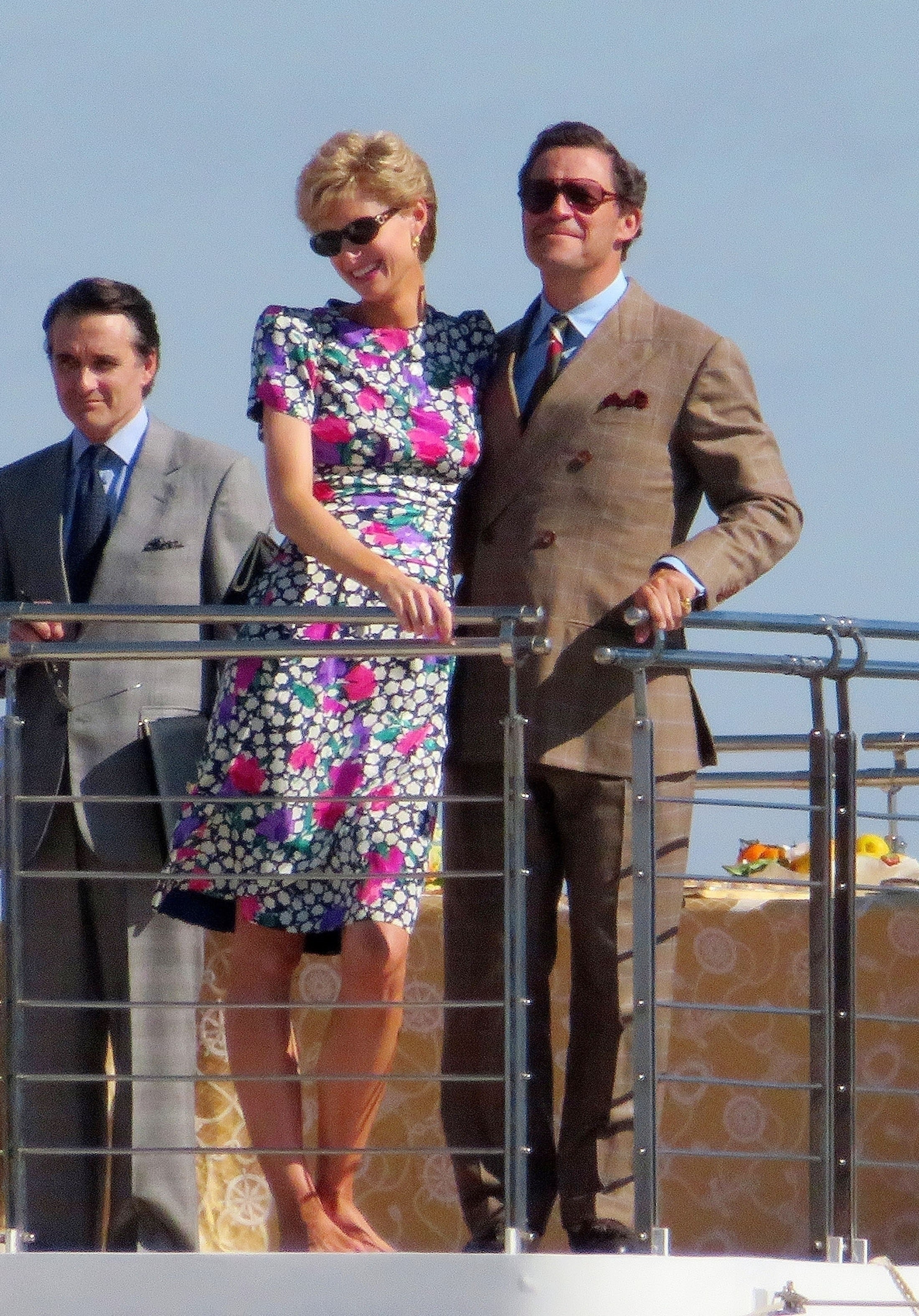 Filming for The Crown Season 5 is well underway—and new photos have emerged in which Elizabeth Debicki looks exactly like Princess Diana.

Sure, an actor playing a real-life character is supposed to resemble them. But that’s easier said than done (the internet, for example, poked fun at the first look of Dominic West as Prince Charles). But if early photos are any indication, Debicki’s resemblance to the late princess is uncanny.

The shot shows her and West posing together on a yacht. Debicki dons a floral print dress and very ’90s-style skinny sunglasses, her feathered pixie on full display. Meanwhile, West wears a tweed brown suit, tie, and aviators.

The scene likely depicts a 1991 trip the couple, and their two sons William and Harry, took to Italy aboard Prince Charles’s yacht, Alexandra, months before announcing their separation. Netflix filmed the show upon the Christina O, the luxurious 325-foot yacht formerly owned by Aristotle and Jackie Kennedy Onassis, in Palma de Mallorca.

It’s just the latest glimpse we’ve gotten of The Crown’s new actors since the show was completely recast for Season 5. A previous picture of Debicki as Diana showed her moodily lying on a couch, while images of Imelda Stanton as the queen show her pensively posing in yellow. At the moment, Netflix hasn’t announced a release date yet for the prestige television show—but with photos like these, the anticipation is building apace.