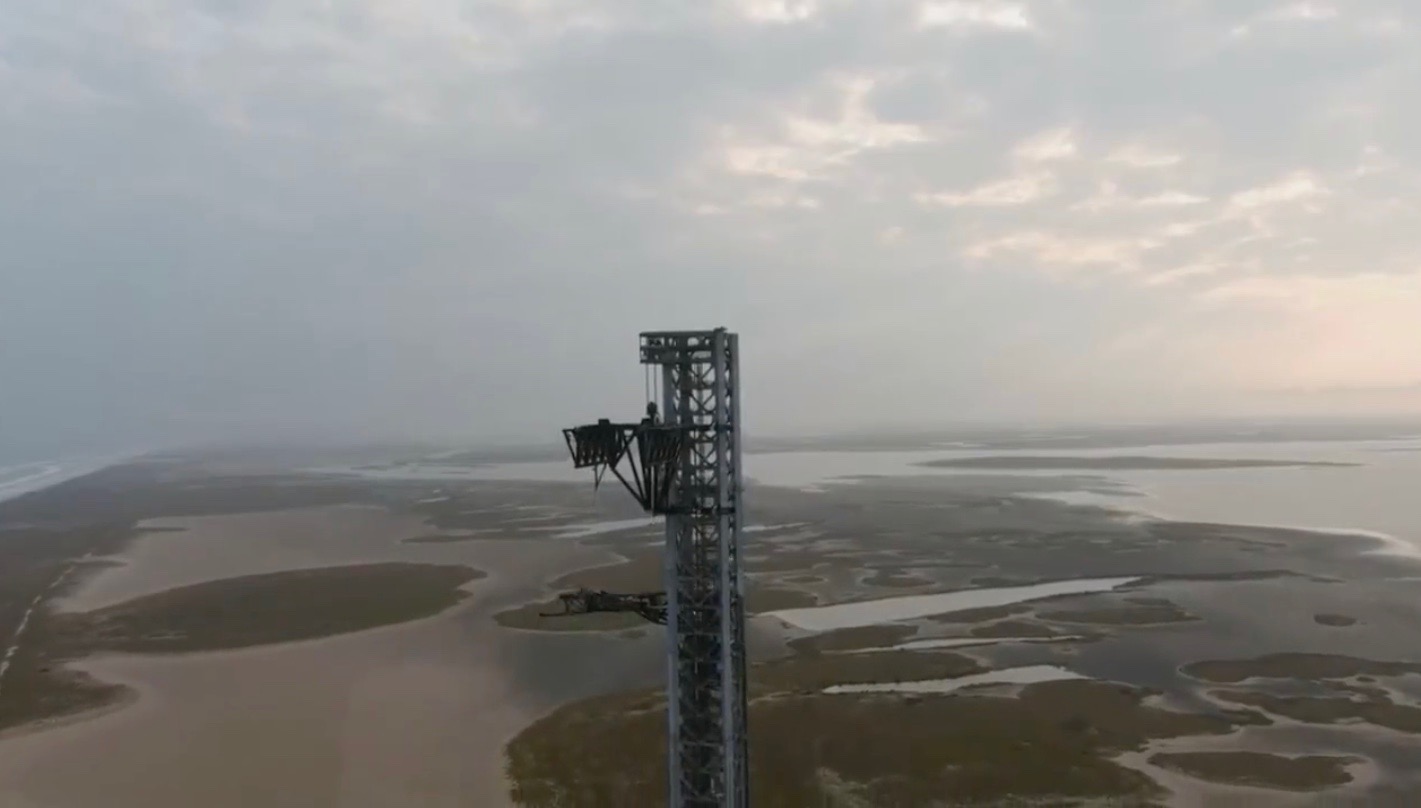 SpaceX founder and CEO Elon Musk just gave us a great look at the “launch and catch tower” for the company’s huge Starship Mars rocket.

Musk shared a drone video of the tower on Twitter Monday (Jan. 9), showing the massive structure backdropped by the testing area at Starbase, SpaceX’s facility near the South Texas town of Boca Chica.

The ultimate goals of the tower include stacking Starship’s two reusable elements, a first-stage booster called Super Heavy and an upper-stage spacecraft known as Starship; serving as a launch pad for the duo; and catching returning Super Heavy boosters safely after a flight.

SpaceX began serious testing started on the tower on Jan. 4, according to Teslerati. Procedures have included opening and swinging the massive arms, sometimes independently and sometimes in tandem.

The tower is under construction while SpaceX prepares to launch its first Starship orbital test flight, which will involve a prototype spacecraft called SN20 and a Super Heavy known as Booster 4. SN20 has successfully performed multiple “static fire” tests to prep for this mission, igniting its Raptor engines briefly while the vehicle stayed anchored to the ground.

Technical work continues on SN20 (“Serial No. 20”), but the orbital flight date cannot occur until the Federal Aviation Administration wraps up an environmental assessment of Starbase. That review was expected to be completed in late 2021, but the FAA recently pushed the target date back to Feb. 28.

The test flight plan calls for Booster 4 to splash down in the Gulf of Mexico a few minutes after liftoff, while SN20 orbits and makes its own splashdown near Kauai, Hawaii. It will be the first spaceflight for Starship after several test flights that stayed much closer to the ground.

With Starship selected as NASA’s lander of choice for astronauts participating in the agency’s Artemis moon program, and a moon-orbiting flight targeted for 2023 booked by Japanese billionaire (and recent International Space Station visitor) Yusaku Maezawa, more testing of Starship should come fairly rapidly after the orbital flight occurs.