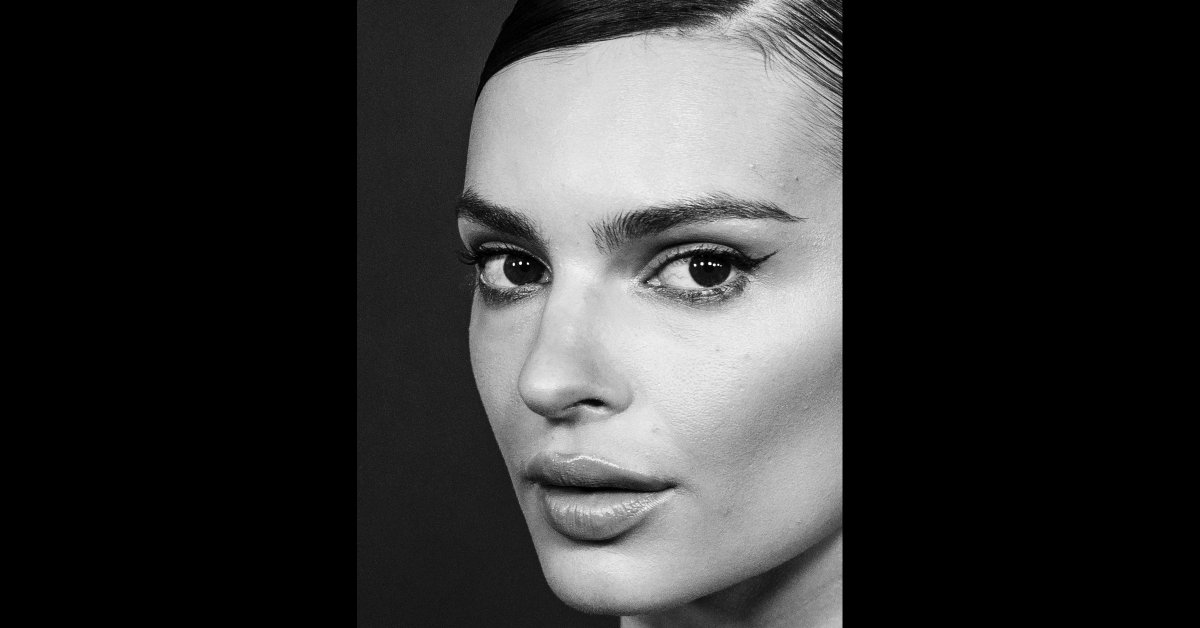 Growing up, I believed that my thoughts had an effect on everything, from the role I would get in the school play, to what my future would hold, to how tall I would grow.

This habit of magical thinking has persisted. Some of my superstitions: If I plan a trip, I will be sure to get a modeling or acting job that conflicts. If I dream of someone, I expect to hear from them soon. If I share good news before it’s official, it won’t come to pass. My latest belief is that if I keep my son’s name on my body, on a necklace or a bracelet inscribed with his initials, he will remain healthy.

If there is something, anything, I can do to steer the outcome of events, then I am less vulnerable. I am less afraid. Even as I confess this, I worry about the jinx I am placing on my rituals. Will my tricks no longer work now that I have shared them?

I often struggle to delineate what is my gut instinct and what is my hypervigilant, superstitious mind playing tricks on me. A logical part of me knows that events are not affected by supernatural forces that I control. Still, I want to believe in some kind of magic, in some kind of power.

For years I’ve had the same recurring nightmare. I am screaming, my face sticky with tears. A figure looms in front of me. We are always located in some place from my memories: on the street where I grew up or in an apartment I left long ago. No matter the setting, one thing is consistent: my rage. I yell. I sob. I want this person to recognize my anguish. Eventually, I move to strike them, but my arms are impossibly heavy as I raise my fists. When a fist finally connects, there’s no impact, as if my body is made of nothing.

When I repeat this dream to my therapist, she listens intently and expressively—as therapists do—before she speaks. “How about you come in and break some things?” she says.

On the roof of her New York City building, she places a glass bowl filled with water balloons on the ground before me. “Oh no,” I grimace, “I already hate this.” I think about her pouring the water into the balloons for me before my arrival and shudder with humiliation.

“I’ve done this before,” she offers charitably. “You have to make yourself . . . big!” She throws open her arms and spreads her legs, widens her mouth into a large O. Her kindness makes me feel ridiculous and, more than anything, pathetic. The level of self-involvement, I think. Has it really come to this? I am surprised to find hot tears spurting from my eyes. I laugh, embarrassed, quickly wiping one away.

“Why are you crying?” she asks.

“I don’t think you’re crying because this is silly.” She crouches down to the bowl and selects a balloon. I take it, noting its fragility in my hand.

I read once that women are more likely than men to cry when they are angry. They are afraid of their anger; embarrassed by the way that it transforms them. An angry woman is the worst kind of villain: obnoxious and ugly, full of spite and bitterness. I do anything to avoid those feelings, anything to stop myself from being that woman. Instead, I try to make anger seem spunky and charming and sexy. I fold it into something small, tuck it away. I invoke my most reliable trick—I project sadness—something vulnerable and tender, something welcoming, a thing to be tended to.

When I throw the balloon against the wall, it pops with a gentle snap, and I am aware of a vague sense of annoyance. “I’m not sure this is doing much,” I remark.

She hands me a small jar. “I don’t think it is made of glass, so it might not break.”

I take the jar and throw it. My arm is like limp spaghetti. I try again. It bounces. I imagine someone looking out their window to see a skinny woman throwing an object at a brick wall. Pathetic, I repeat in my head. I think about what I must look like to the neighbors and to my therapist. I understand that embracing anger means relinquishing that control, that assessment, that distance from myself, but I am desperate for control. I would rather hurt myself—metaphorically stab myself—than let anyone else hold the knife. And I do not trust my own body to take the reins.

“Sometimes it helps to think of someone you want to punish,” she tells me. I hate that there is anyone I want to punish, but I exhale and close my eyes. I block out thoughts of how stupid I feel, how silly I must appear. Let go.

This time the jar flies out of my hand, as if charged with some kind of current. It smacks against the wall and smashes into little pieces. I look back at my therapist, shocked.

“The body knows,” she says, reaching for a broom.

No one knows what exactly triggers a woman’s body to go into labor. In my pregnancy, I learned that despite the confidence of doctors who act as if there is no mystery or magic in our physical lives, this is something for which we have no clear explanation. At one of our final appointments, my husband S asked our OB who decided when it was time: the baby or my body.

“Probably both?” she answered vaguely, studying her beeper.

Six days before my due date, at nearly midnight on a Sunday in March, my water broke. Earlier in the day, we’d driven to the Upper West Side for our favorite bagels and whitefish salad as a reward for putting the finishing touches on the nursery. On the drive home, I’d asked S if we were ready. “Hell yeah we are,” he’d said, squeezing my knee.

“I know it’s scary,” I hummed later, sitting alone on our red couch, my hands on my belly. “But we’ll do it together.” I wasn’t sure if I was addressing my son or my body. Probably both.

The rush of warmth between my legs interrupted my sleep and I sat up straight in the bed. I threw the covers off to reveal a growing wet spot on the sheet. The soft light of the TV cast a shadow on my belly, making it look like a crescent moon.

“It’s happening,” I exclaimed, leaping up.

As S scrambled to get everything ready to leave for the hospital, I labored on all fours, staring at the checkered tile of our bathroom. My body felt like it was cracking open; the pain was all-encompassing, rippling through my core and spreading to every corner of my being. The contractions were coming without a break, and as one peaked, I felt gripped by sudden panic. I was desperate to make the pain stop, but I was trapped. I bit down, clenching my teeth.

“There is no going back,” I said to myself, resting my forehead against the cold floor and lacing my hands behind my neck. I tried to remember to breathe. What would happen now to my baby and me? Our lives were on the line, but there was nothing I could do to ensure our safety. Our survival depended on the mysterious mechanisms of my body.

Someone had told me that in order to dilate, a woman’s brain waves have to slow down and reach a similar state to orgasm. It was odd to think about sex at the moment of childbirth, but as another contraction seared down my spine, it was a relief to remember that my body was capable of pleasure and release. I tried to fill my mind with blankness. I let the contraction consume me.

Suddenly a new sensation: trust. My body had gotten me this far, hadn’t it? It was resilient. It had sheltered my growing son for nine months and kept his heart beating while his entire, complicated self developed inside me. Now it was opening up, right on schedule.

I knew then that I had to let go. Despite my fear, I calmed. I surrendered.

When we arrived at the hospital, I crawled through the lobby and contorted against the elevator wall. At the delivery ward, a woman asked me my name while I crouched down next to a chair, pushing my head against its arm. I was there but not really. I was inside my body, a machine that was tearing along viciously with no regard for anything or anyone. I concentrated, refusing to let my brain interrupt my body’s workings from functioning. It knew what to do. I just needed to stay out of the way.

The sun rose an hour before it was time to begin pushing. Pink and orange light filtered through the blinds into the hospital room. Striped shadows splayed across the walls. As I pushed, I asked for a mirror. I wanted to see my body. I wanted to witness its progress.

I threw up in a small plastic container that a nurse held to my mouth. Everything was bright. There was no color—just white light. It was morning, the city was waking up. I thought about the coffee being consumed, the hot showers, the lovers saying their goodbyes from a night spent together. Millions of people went about their rituals as they prepared their bodies for another day of life. Birth is as unremarkable as any of those small events: at all times, there is a woman’s body in labor. It is both so extraordinary and so common, the way our bodies take us through our lives.

I felt a stab in my pelvis and through my lower back. The contractions guided the room; their rhythms determined everything. I announced each time when one began to peak, and the nurse, doctor and S rushed to get into position next to me and then, like a tide, receded and dispersed again. I was rewarded with every push: a respite from the pain and then a glimpse of the top of my son’s head.

In the mirror positioned above me, I no longer recognized my face: it was puffy and red and the veins at my temple were pronounced and throbbing. My body was swollen and raw and unfamiliar. Everything had transformed. My baby’s heartbeat crackled through the monitor.

I heard a voice say something about how it had been too long, that the baby was too big and I was too small. “May have to get the vacuum,” the doctor said. No, I thought.

“Push,” S said, holding my head in his hands and pressing his forehead to mine. I shut my eyes. I thought of what the nurses had said as encouragement: “You get to meet your son soon.” I’d never understood when people described birth as a meeting, but now I did.

I felt him, his body on my chest, but more acutely his presence in the room. In a daze, I held him to me. Of my flesh, I thought. The mirror was pushed to the side, but I could still see the place where he emerged. My body.