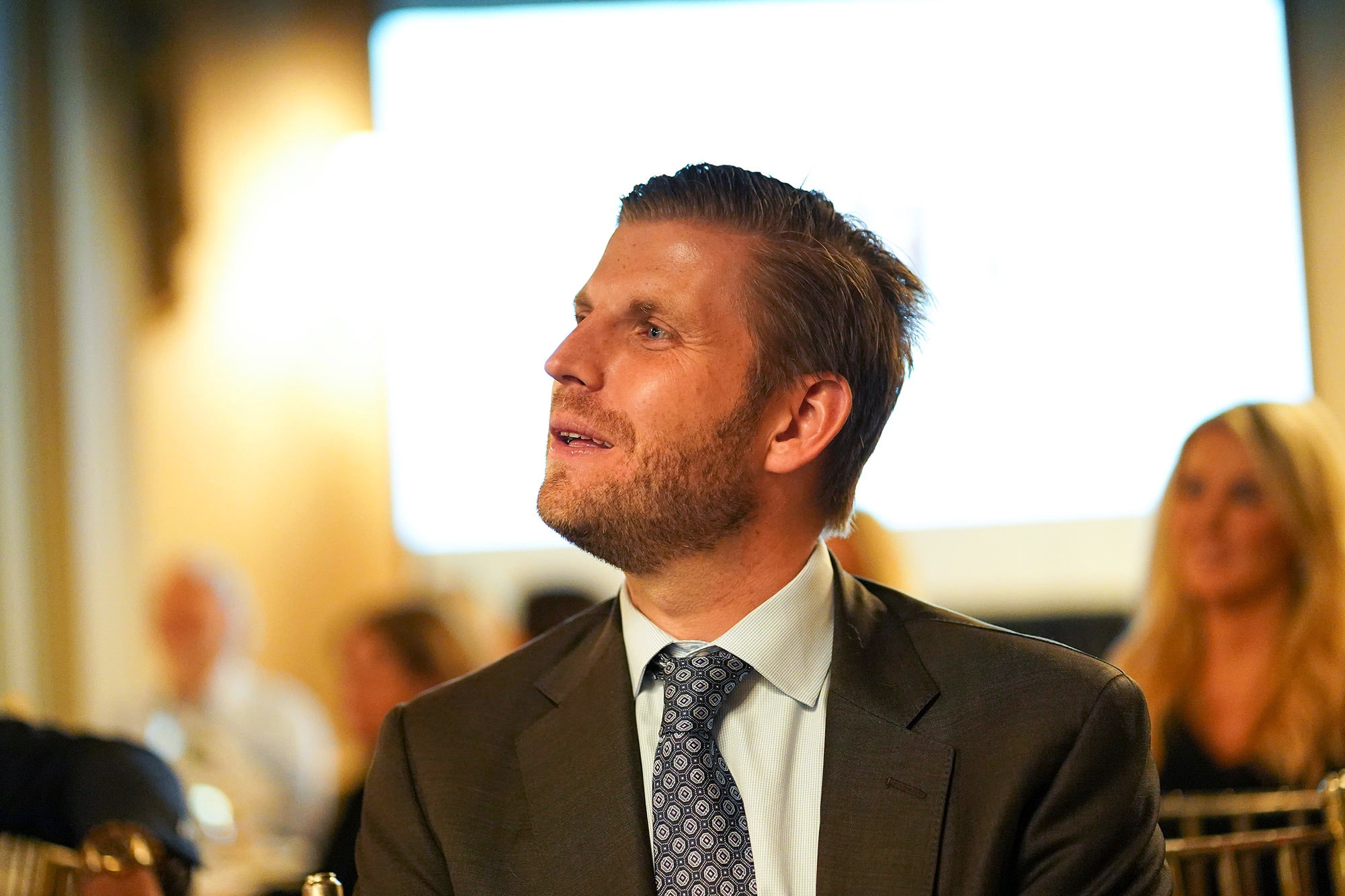 One of the greatest cons of the 21st century was the idea, invented whole cloth by the producers of The Apprentice, that Donald Trump was a genius businessman. Indeed, his time in the White House revealed that not only was he neither a genius businessman nor a genius period, but he was, in fact, in layman’s terms, a big fuckin’ moron. Obviously, the supporting examples are too numerous to mention, but a brief smattering includes his recommendation that people inject household cleaner into their veins; his suggestion that we stop hurricanes by dropping nuclear bombs on them; his decision to look right at a solar eclipse without protective eyewear; and his belief that one can get cancer from the sound of windmills.

Unfortunately for the children he produced, stupidity appears to be a dominant trait. Thanks to their insistence on thrusting themselves into the spotlight, we know that his three eldest kids aren’t the brightest bulbs either. Robert Mueller famously declared Donald Trump Jr. too stupid to collude. Ivanka Trump reportedly thought—and could not be convinced otherwise—that “libertarian” and “liberal” were the same thing. And Eric Trump, well…we’ll let him speak for himself.

“Sean, she said literally on video…‘I’m going to go into office every single day, I’m gonna sue Trump, and then I’m gonna go home,’” Eric complained to Sean Hannity on Monday night, referencing New York attorney general Letitia James, who is investigating the Trump Organization. “Meaning, she ran on the campaign promise of suing my father because she didn’t believe in his political party, because she didn’t like us, because the people in Washington, D.C., told her to do that. It violates the Constitution, it’s unethical, it’s wrong, and you don’t need to take it from me. I mean, listen to the dozens of videos where, ‘I’m gonna get him,’ ‘I’m gonna get his children,’ ‘I’m gonna take him down,’ ‘he’s gonna know my name personally,’ ‘he’s gonna know Tish James,’ ‘I’m gonna follow his money.’ This is what you’d expect from Russia, this is what you’d expect from Venezuela. This is third-rate stuff.”

For those of you keeping up at home, it is not actually a violation of the Constitution for a prosecutor to investigate someone and their business, particularly a business at which there is already loads of evidence of alleged wrongdoing. (Also a certain someone wasn’t particularly fussed about what the Constitution had to say when he was trying to get his V.P. to overturn the results of a free and fair election.) Of course, it’s not at all surprising that the ex-president’s son would go off the deep end and say something ridiculous about James’s investigation, considering (1) the part about the Trumps not being very bright, and (2) they’re clearly a tad bit concerned about the probe.

Last week, for example, a lawyer for Ivanka and Don Jr. indicated in a court filing that neither of them would cooperate with subpoenas from James, and on Monday, Trump asked a federal judge to halt the investigation, which is examining whether the Trump Organization inflated the value of its assets when attempting to lure lenders and deflated the same ones when it came time to pay taxes. “Letitia James has displayed a shocking irreverence for her prosecutorial ethics and has routinely exploited her position to malign the former president by turning an unfounded investigation into a public spectacle,” Trump’s motion, obviously not written by the barely comprehensible ex-president, said. “In doing so, she has exposed the vindictive and self-serving nature of her actions.” Later, an attorney representing Trump went on TV to call James a “sick person,” which we must assume was a line she got from her client.

Sources Say Kanye West Has a Plan
“What a Moron”: Anthony Fauci Lets It Rip on the Entire Country’s Behalf