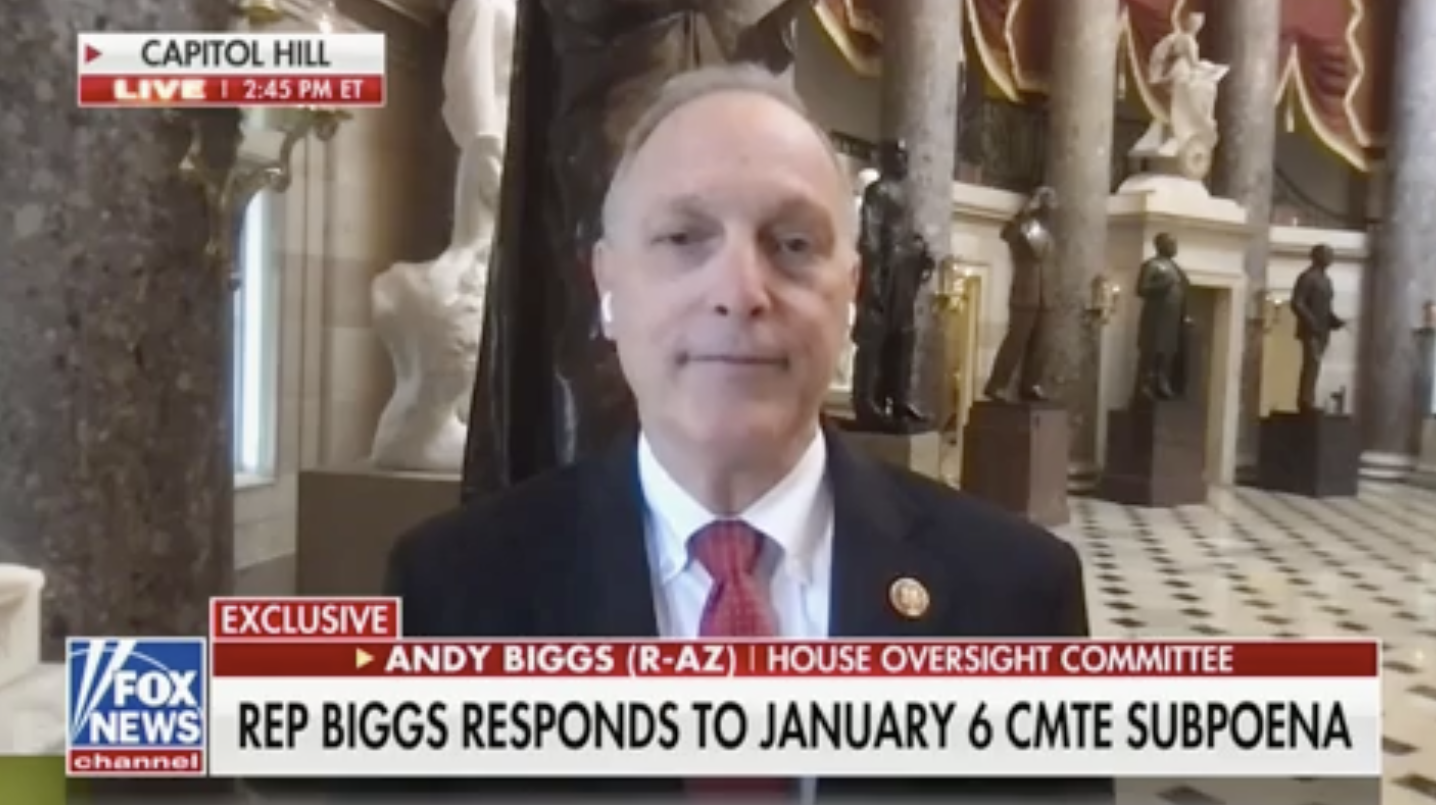 Rep. Andy Biggs (R-AZ) ripped the Jan. 6 House select committee as “illegitimate” Thursday after he was subpoenaed to testify.

Biggs was among five GOP representatives whom the committee wants to speak with about the events which led to the storming of the U.S. Capitol.

“These members include those who participated in meetings at the White House, those who had direct conversations with President Trump leading up to and during the attack, and those who were involved in the planning and coordination of certain activities on and before January 6th,” the committee tweeted.

Biggs commented publicly on his subpoena on Fox News Thursday during an interview on America Reports.

The Arizona Republican said he had not seen his subpoena, and that it was leaked to the press. He ripped the committee as both “illegitimate” and “corrupt.”

“These were leaked to the media,” Biggs said. “We still haven’t seen them. Our counsel did not, they do not contact the counsel and my counsel is in the press and public because I’ve been defending other actions by left wingers for the last month and a half.”

After co-host John Roberts commented the subpoenas might not have leaked, but rather “released,” Biggs ripped the integrity of the committee.

“I think this is an illegitimate committee and they don’t really have the authority to issue subpoenas, in my opinion,” he said. “So, we don’t want to dignify what they’re doing. This has been a witch hunt from day one, this is an attempt going after political enemies instead of trying to get at the truth.”

“That indicates to me how corrupt this committee is,” Biggs also said.

Roberts asked Biggs if he will comply with the subpoena.

“I haven’t even seen the subpoena,” Biggs said. “I really can’t tell you whether I’m gonna comply or not.”

Roberts reminded Biggs if he fails to comply, he could find himself referred for prosecution for being contempt of Congress.

Watch above, via Fox News.

Have a tip we should know? tips@mediaite.com