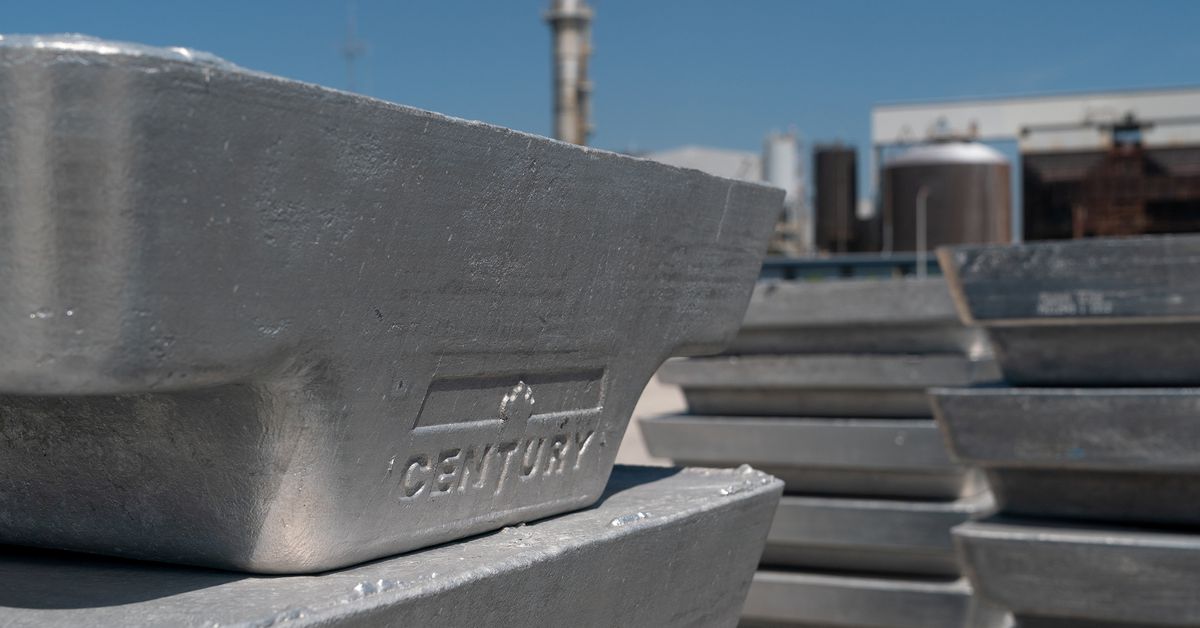 ROME, Oct 31 (Reuters) – The United States and the European Union on Sunday ended a dispute over steel and aluminium tariffs and said they would work on a global arrangement to combat “dirty” production and overcapacity in the industry.

The future EU-U.S. arrangement will be a challenge for China, which produces more than half of the world’s steel and which the EU and U.S. accuse of creating overcapacity that is threatening the survival of their own steel industries.

“The United States and the European Union have reached a major breakthrough that will address the existential threat of climate change while also protecting American jobs and American industry,” U.S. President Joe Biden told reporters in Rome in a joint event with European Commission head Ursula von der Leyen on the sidelines of the G20 summit.

Under the deal, Washington will allow EU countries duty free access for steel and aluminium exports to the United States in volumes comparable to those shipped before tariffs imposed by former President Donald Trump’s administration in 2018.

But rather than just a simple return to the status quo from 2018, the United States and the European Union plan to address the existential threat of climate change and production overcapacity in the steel industry, which is one of the biggest CO2 emitters in the world.

“Together, the United States and European Union will work to restrict access to their markets for dirty steel and limit access to countries that dump steel in our markets, contributing to worldwide over-supply,” the White House said in a factsheet without naming China directly.

Speaking to the press, Biden was more explicit, saying the arrangement with the EU would help “restrict access to our markets for dirty steel from countries like China”.

The global deal is to be worked out over the next two years to promote “green” steel and aluminium production and will be open to other countries that want to join, including China, whose steel sector is responsible for 10-20% of the country’s CO2 emissions.

“The arrangement is, of course, open to all like-minded partners. Steel manufacturing is one of the highest carbon emission sources globally,” von der Leyen said.

“The Global Arrangement will seek to ensure the long-term viability of our industries, encourage low-carbon intensity steel and aluminium production and trade, and restore market-oriented conditions,” the EU Commission said in a statement.