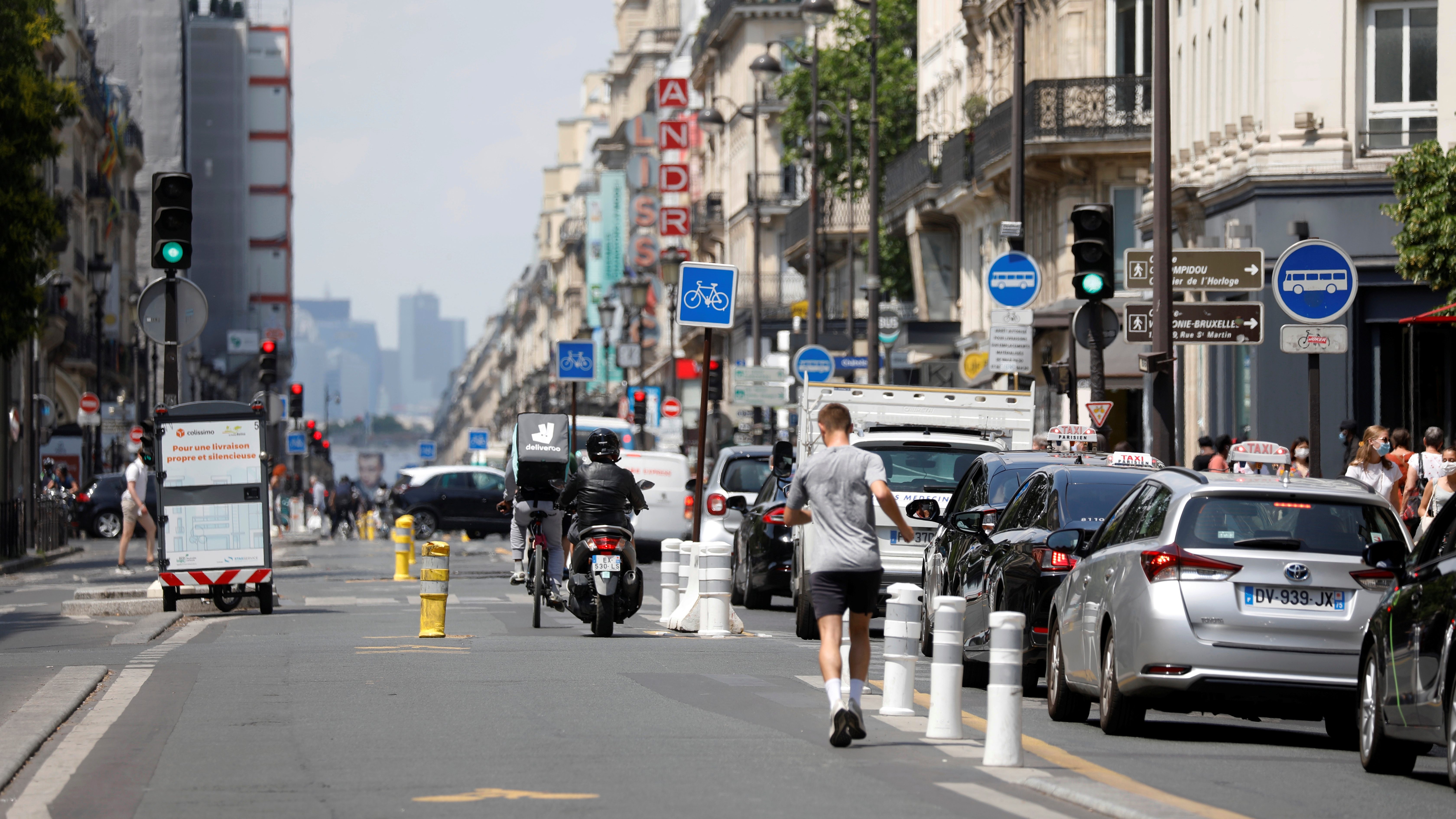 European cities are telling cars to slow their roll. A continent-wide effort to reduce pedestrian deaths and greenhouse gas emissions means major European cities have begun reducing their speed limits on nearly all city streets to as low as 30 kilometers per hour (kph), or just under 20 mph, down from the typical urban speed limit of 50 kph (31 mph).

Paris just became the latest place to impose the city-wide speed limit of 30 kph, with the exception of some major thoroughfares such as the famed Champs-Élysées, and the ring road around the perimeter of the city. The policy was rolled out in late Aug. by mayor Anne Hidalgo, who has taken numerous actions over her seven years in office to reclaim city streets from cars in favor of pedestrians and cyclists. This includes a ban on most vehicle traffic in the city center issued in May.

Other places are riding this slowdown wave. Bilbao, Spain was the first major city to adopt the policy back in 2018 and Belgium’s capital Brussels took the same step in January of 2021. A recently released road safety plan for Glasgow, Scotland proposed limiting vehicle speeds to 20 mph on most roads in the city.

The efforts mark a continuation of European cities’ shift towards a more human-centered city design for urban mobility based on the belief that people should be able to move about a city unencumbered in any type of vehicle, or no vehicle at all. It’s an effort to make streets safer for pedestrians while also reducing carbon emissions.

The slow road to Vision Zero

Vision Zero is a framework for designing city road safety so that no people are killed or seriously injured in traffic collisions. Since it originated in Sweden in the late 1990s, at least 65 cities around the world have adopted Vision Zero policies such as designing safer roads that encourage drivers to slow down, and enforcing speed limits adequately. The European Union now has an official goal (pdf) of no traffic deaths by 2050 for all member nations.

Glasgow’s speed limit proposal is part of the city council’s Vision Zero goal. The city of 600,000 has already created 82 slow zones throughout the city where the speed limit is 20 mph. Since creating the zones in 2016, collisions between cars and pedestrians have fallen by 31%, according to the city government.

Even slightly higher vehicle speeds can dramatically increase the risk of death in pedestrian collisions. Research (pdf) by the AAA Foundation for Traffic Safety analyzing four years of traffic data in the US found that a pedestrian struck by a vehicle moving at 16 mph faces only a 10% chance of serious injury. That risk increases to 50% at 31 mph.

A second study by researchers at the University of Calgary in 2020 showed reducing speed limits in Toronto from 40 kph to 30 kph reduced the number of collisions between cars and pedestrians by 28%. When incidents occurred, the risk of major and fatal injuries for pedestrians dropped 67% in the reduced-speed zones.

Speed limits signs aren’t the only way to manage vehicle speed. Road design is essential. Drivers adjust their speeds based on visual cues such as the relative flow of traffic, even more than speed limit signs, says Mike McGinn, director of America Walks, a road safety advocacy group. “People often drive to what feels safe, not to what the speed limit says,” says McGinn. “Things like narrow lanes, curb bulge, trees, these are all visual cues that can help reduce speeding.”

For example, a large, multi-lane road may still encourage people to speed no matter what the posted limit is. Glasgow, for example, is now taking steps to improve road safety, including changing road design for safer mixed-use roads, establishing car-free zones around schools, and of course, reducing the speed limit for the entire city.

Lower speed limits are becoming a way for officials to encourage people to leave their personal vehicles behind when entering the city center. Planners anticipate that when driving becomes less convenient, some people will opt to use transportation like buses, cycling, or walking (one study in France did find a 9% reduction in light vehicle traffic after speed limits were lowered).

In the statement announcing Glasgow’s new road safety measures, city councillor Anna Richardson, who heads up the city’s sustainability and carbon reduction initiatives, said that slower streets are only one piece of a larger sustainability puzzle. “Introducing a city-wide 20 mph speed limit will be a crucial element of creating a safer roads environment,” said Richardson on August 24. “Slowing vehicle speed opens up opportunities for people to walk and cycle more often, which in turn improves the environment we all live in.”

Local authorities in Paris also hope for the lower speed limits to lead to a reduction in vehicle emissions, though the research (link in French) on how vehicle speed affects emissions in an urban setting is inconclusive. At the very least, the speed limits are one more strategy to get cars off the road. At a press conference with franceinfo (link in French), Paris transportation and public space deputy David Belliard confirmed that the car was an “endangered species” in the city.

“Today, it is no longer possible to use the car with one person for reasons of comfort,” Belliard said. “It should be reserved for mobility, for journeys which are essential…We obviously need the car, but it must be reserved for certain uses.”