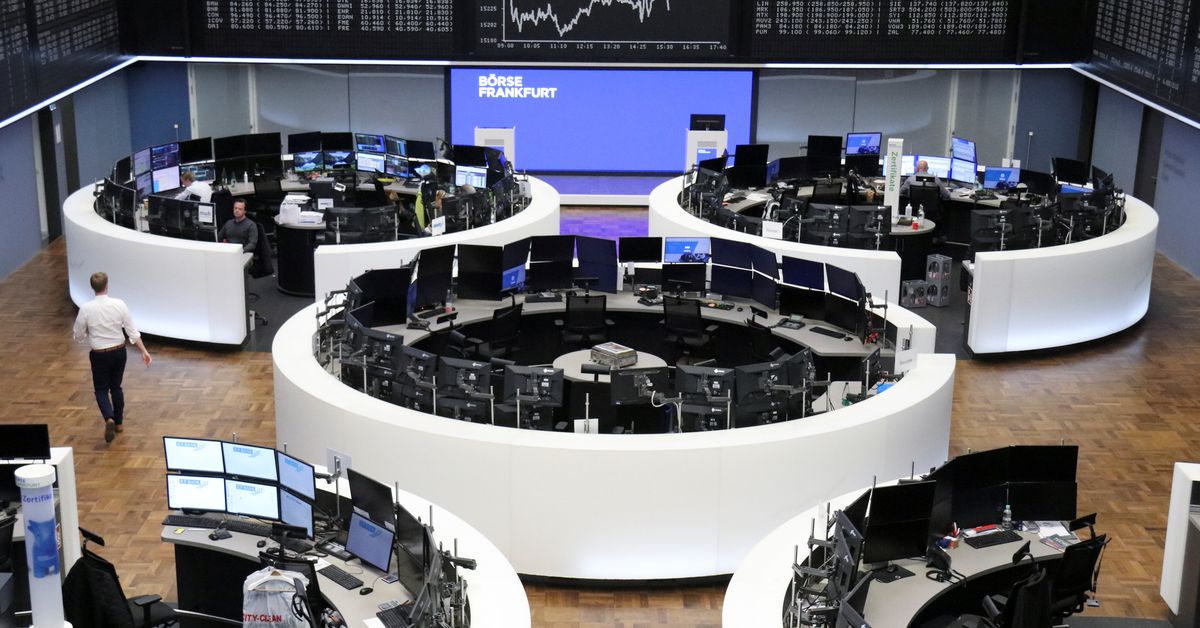 “There is still real concern about stagflation, with indications that prices are going to not be as transitory as central bankers first thought,” said Susannah Streeter, senior investment and markets analyst at Hargreaves Lansdown.

“It’s acting as a drag on the economic recovery.”

U.S. banks will kick off the reporting season on Wednesday, with investors anticipating a moderation in profit growth in third quarter compared with a surge in the previous quarter. Third-quarter profit growth is estimated to be up 29.6% for U.S. companies and 45.6% for European firms, according to Refinitiv IBES data, according to Refinitiv IBES data.

The banking index (.SX7P) touched its highest since February 2020, recovering almost all of its pandemic-induced losses as investors jacked up interest rate expectations. Money markets are fully pricing in a 10 basis-point rate hike from the European Central Bank by the end of next year.

Among stocks, British online fashion retailer ASOS (ASOS.L) tumbled 9.8% after it warned that higher logistics costs and supply chain disruption could force 2022 profits to drop by more than 40% and said Chief Executive Nick Beighton will step down. read more

Reporting by Sruthi Shankar and Anisha Sircar in Bengaluru; Editing by Sriraj Kalluvila