Europe’s Largest Land Predator Discovered On The Isle Of Wight 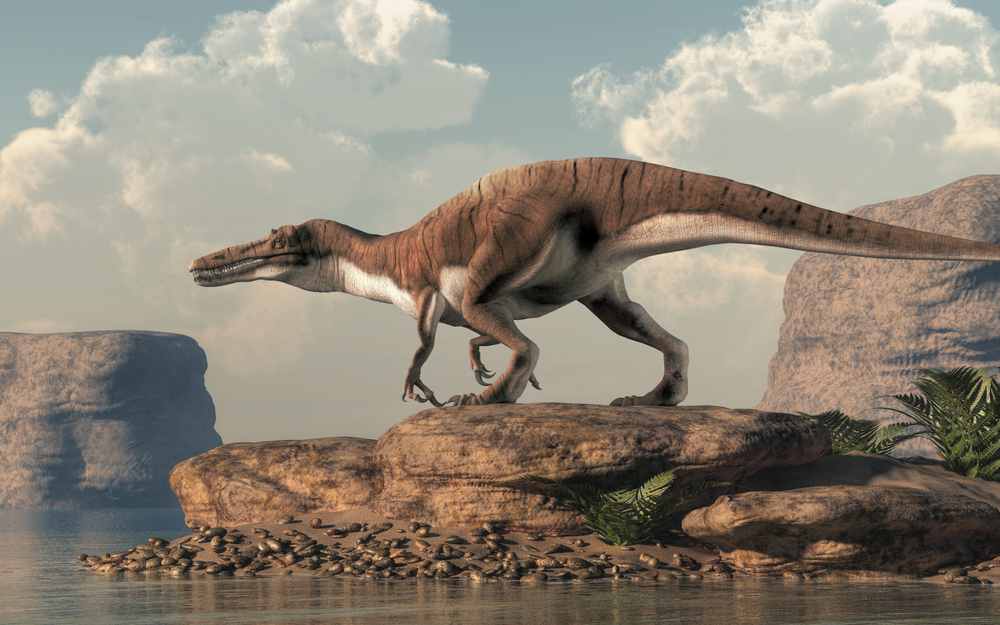 Unfortunately to Jurassic World fans, the recent discovery of Europe’s largest land predator isn’t the Giganotosaurus. Or, “the biggest carnivore the world has ever seen” that once roamed South America. However, the recent fossil discovery on the Isle of Wight in the U.K. by a University of Southampton research team is in the family of another Jurassic Park favorite — the spinosaurids. One of the most famous of these dinosaurs is the Spinosaurus.

Researchers dubbed the new specimen as the “White Rock spinosaurid” — after the geological layer it was found in, but they haven’t given a scientific name yet. Paleontologists are waiting to find more remains before giving it a proper name. Much like its family members, the White Rock spinosaurid was large, walked on two legs, and had an alligator-like snout.

“This was a huge animal, exceeding 10 meters [32 feet] in length and probably several tonnes in weight. Judging from some of the dimensions, it appears to represent one of the largest predatory dinosaurs ever found in Europe — maybe even the biggest yet known,” says Chris Barker in a press release, the lead author of the study. “It’s a shame it’s only known from a small amount of material, but these are enough to show it was an immense creature.”

The same team also discovered two other spinosaurid species in the area in 2021.

The Southampton team unearthed some of the White Rock spinosaurid’s pelvic and tail vertebrae, among other small pieces near Compton Chine — a popular spot for Cretaceous rocks and dinosaur fossils.

“Unusually, this specimen eroded out of the Vectis Formation, which is notoriously poor in dinosaur fossils”, says co-author Neil Gostling, a professor of evolution and palaeobiology at the University of Southampton, in a press release. “It’s likely to be the youngest spinosaur material yet known from the U.K.”

“Because it’s only known from fragments at the moment, we haven’t given it a formal scientific name… we hope that additional remains will turn up in time,” says co-author Darren Naish in a press release. Adding that, “this new animal bolsters our previous argument — published last year — that spinosaurid dinosaurs originated and diversified in western Europe before becoming more widespread.”

The research team hopes to take thin sections of the fossils and view them under a microscope. They hope this will help determine the age and growth rate of the White Rock spinosaurid.