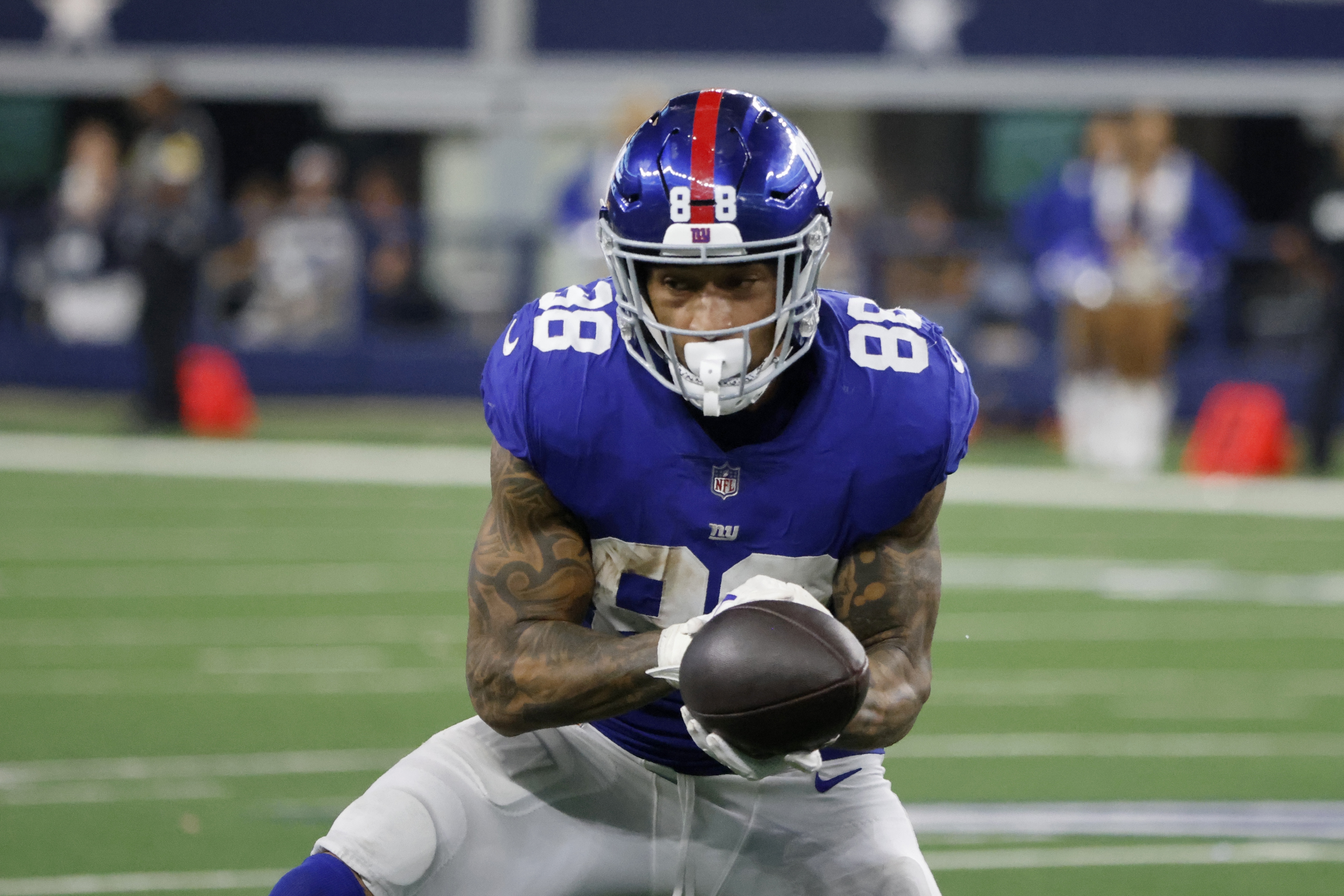 Per Pat Leonard of the New York Daily News, Kearse punched Engram’s face when the two teams were shaking hands on the field.

“I was pushing him around the whole game, so he was probably just mad about that,” Engram told Leonard. “It’s whatever.”

Leonard did note that a league spokesman said NFL Films could find no evidence from the tape of an incident between Engram and Kearse.

“I walked up on him. He walked up on me kinda, saying some stuff. He threw the punch,” Engram said about the lead-up to the confrontation. “We had some guys there that separated us, so it was kind of boom, boom.”

The altercation between Engram and Kearse flew under the radar in part because Kadarius Toney provided fireworks during the game.

The Giants rookie was ejected in the fourth quarter for throwing a punch at Cowboys cornerback Damontae Kazee. Their altercation came after a brief skirmish when Kazee appeared to toss Toney to the ground after the referees whistled the play over.

Toney took to Twitter on Monday to issue an apology:

Wanna take the time out to apologize to the entire organization, Owners, My Teammates and the entire #BigBlue💙…your emotions just can get the best of you sometimes…..No Excuses just actions 💯🤞🏽#ThankYall

Per NFL Network’s Ian Rapoport, Toney will likely be fined but not suspended. The 22-year-old had a breakout game with 10 receptions and 189 yards in the 44-20 loss.

Engram had his best performance of the season in Week 5. The Ole Miss alum caught all four of his targets for 55 yards.

The Giants will host the Cowboys on Dec. 19 in a rematch.