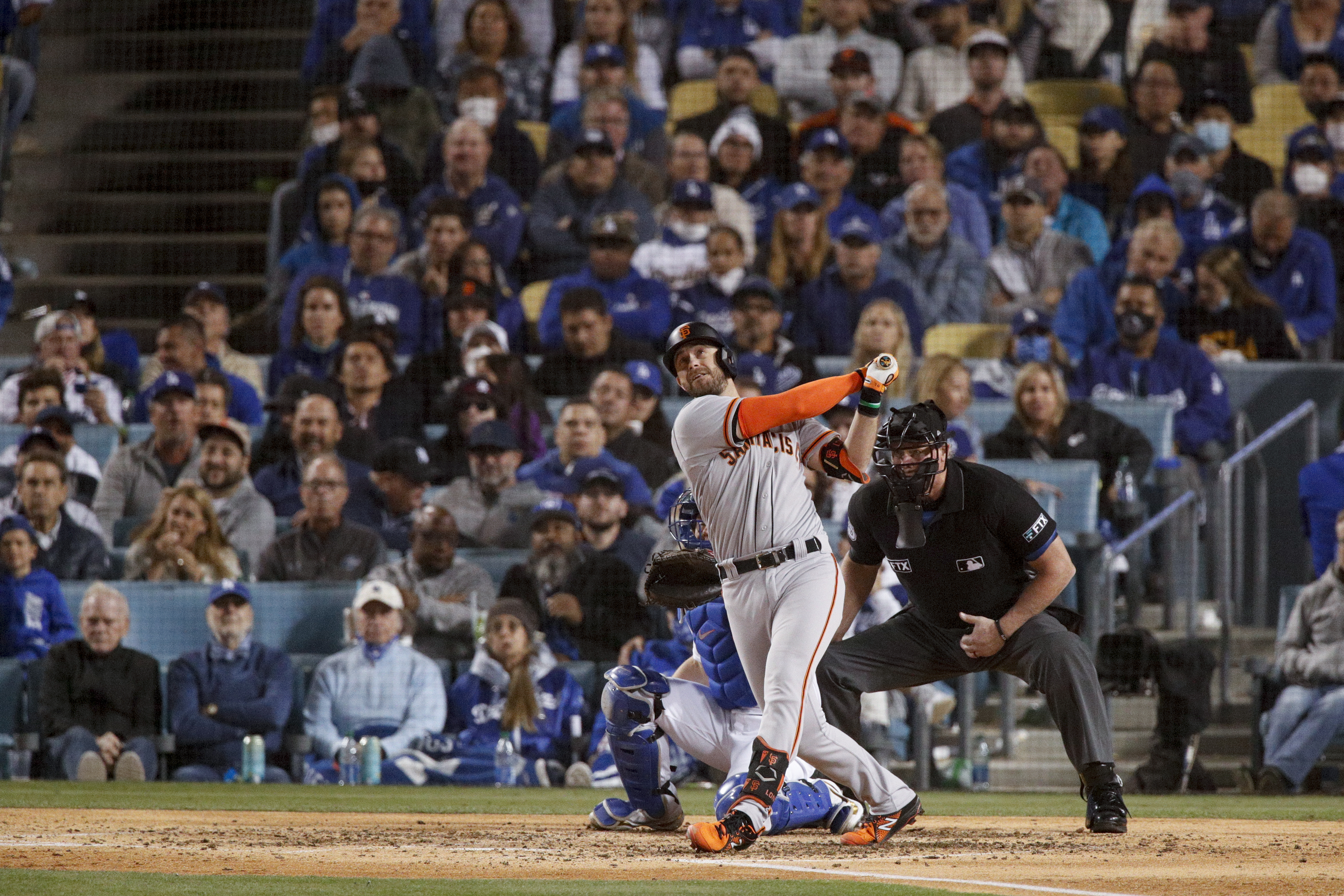 The San Francisco Giants are one win away from eliminating their archrivals from the playoffs.

San Francisco defeated the Los Angeles Dodgers 1-0 in Monday’s Game 3 of their National League Division Series at Dodger Stadium. Evan Longoria provided the only offense with a solo home run, and the pitching and defense did the rest as the victors bounced back from their Game 2 loss and regained home-field advantage with a 2-1 series lead.

Longoria puts the Giants ahead! pic.twitter.com/wIbGNIqrkW

An impressive showing from Max Scherzer wasn’t enough for the Dodgers, who now have to win two in a row to keep their championship defense alive.

The Giants had quite the daunting task in Monday’s game.

Not only did they have to face a three-time Cy Young winner in Scherzer, but they also had to do so while he was looking to bounce back from a lackluster start by his elevated standards. He went just 4.1 innings in the Wild Card Game against the St. Louis Cardinals and struggled with control and his pitch count.

Scherzer, who was perhaps pitching with even more motivation after his last showing, was largely brilliant.

However, the Dodgers are down 1-0 pic.twitter.com/6fLFxDIlHu

Max Scherzer is the 6th pitcher in #postseason history with 5 or more 10+ K games.

He battled out of a first-inning jam and through gusty winds before settling down and steamrolling his way through San Francisco’s lineup. The Giants seemingly had no chance to generate any hard contact as they swung through his fastballs and offspeed pitches without much of a threat.

Yet one swing of the bat changed the entire tenor of the game.

Longoria launched a solo homer to start the fifth to break the deadlock and overall dominance from the pitchers. That was all the Giants needed given their own pitchers’ efforts, which was welcome news for the visitors who failed to rally against the bullpen combination of Blake Treinen and Kenley Jansen.

It will surely take more than a single run to close out the defending champions, but that was all that was necessary for San Francisco in Game 3.

Matching Scherzer takes an excellent group effort, and that is exactly what the Giants got from their pitchers and defense Monday.

Former Dodger Alex Wood started things off and didn’t give up a single hit to anybody outside of Albert Pujols. Even Pujols’ two hits were singles that ended up harmless for the southpaw, who also worked around two walks while striking out four and preventing any serious trouble.

It was an admirable showing, although he needed some help in the fifth when Tyler Rogers entered the game and retired Mookie Betts with the potential tying run on base.

That was just the start for Rogers, who also pitched a scoreless sixth and started the seventh. It was only a matter of time before the daunting Los Angeles lineup would rally, and it did just that with back-to-back singles from Steven Souza Jr. and Will Smith in that seventh off Rogers.

Enter Jake McGee, who blew a fastball past Austin Barnes for a clutch strikeout before Brandon Crawford potentially saved the game and preserved the lead with a leaping catch on Betts’ screaming line drive. It was fitting the defense shone through since second baseman Donovan Solano also made a diving stop to retire AJ Pollock earlier in the inning.

All that was left was two innings for Camilo Doval, and the hard-throwing youngster started by going 1-2-3 in the eighth.

The 24-year-old slammed the door in the ninth as well, although the wind probably gave him an assist in a thrilling final moment. It appeared as if Gavin Lux tied the game with a home run to left-center, but the wind helped knock it down and give the Giants the impressive road victory.

The series remains in Los Angeles for Tuesday’s Game 4.