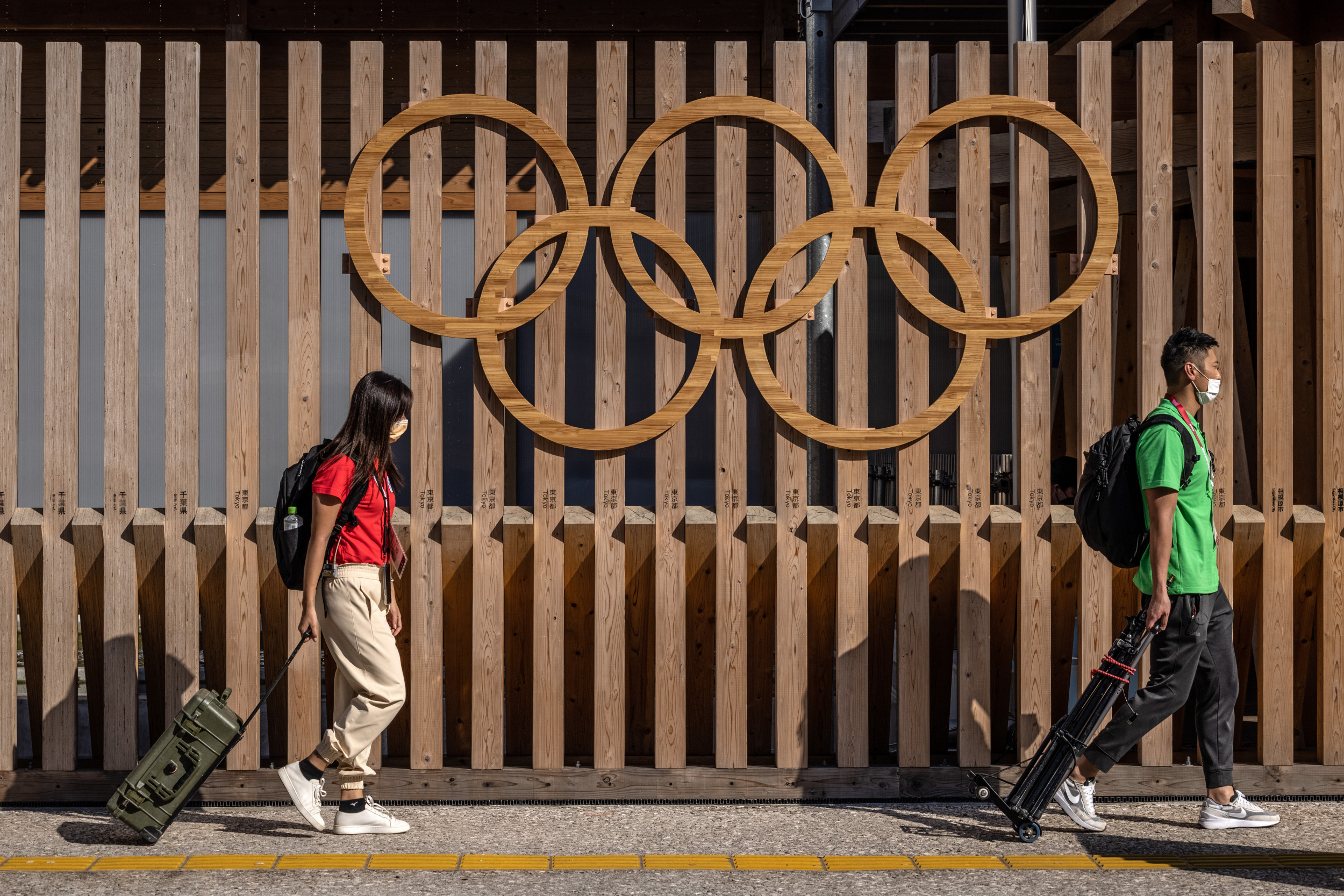 Several athletes preparing to represent their country at the Tokyo Olympics have tested positive for COVID-19 over the last few days, as fears are rising in the city that the virus will spread during the competition.

Other athletes have also been forced to self-isolate after coming into contact with people who subsequently tested positive, as the city prepares for the games to begin on Friday.

The competition, officially named Tokyo 2020 despite taking place in 2021, was delayed by 12 months after the COVID-19 pandemic swept across the globe in spring last year.

Organizers delayed the competition to allow athletes to attend the games from all across the world, but multiple competitors have been forced to either pull out or isolate after testing positive for COVID-19 in recent days, but not all of them have been named.

Which Athletes Have Tested Positive for COVID-19?

According to data published by the International Olympic Committee (IOC), 58 people, a majority of whom are Japanese officials, have so far tested positive for the virus since participants began arriving in the country earlier this month.

The most recent athlete to test positive was an unnamed teenage gymnast part of Team USA, who was confirmed to have tested positive for COVID-19 on Monday morning while staying at her training camp just outside of Tokyo.

Officials in the city also announced on Monday that another unnamed member of the Team USA gymnastics squad has been placed on standby, following the aforementioned positive test, after being identified as a close contact.

The gymnast’s positive result was announced just a day after fellow USA Team star and tennis player Coco Gauff, 17, pulled out of the games after testing positive. It is not yet clear whether Gauff traveled to Japan before finding out her result.

Following news of her positive test, Gauff posted on social media: “I am so disappointed to share the news that I have tested positive for COVID and won’t be able to play in the Olympic Games in Tokyo.

“It has always been a dream of mine to represent the USA at the Olympics, and I hope there will be many more chances for me to make this come true in the future.”

Sunday also saw the first positive cases for athletes housed at the Olympic Village in Tokyo, as two South African soccer players, Thabiso Monyane and Kamohelo Mahlatsi, were confirmed to have contracted COVID-19. The first case in the Olympic village was an official who tested positive on Saturday.

A third athlete tested positive in the Olympic Village on Monday, as it was confirmed that Czech Republic beach volleyball player Ondřej Perušič had contracted COVID-19.

One foreign athlete alongside five Olympic officials, according to Tokyo 2020 organizers, tested positive for COVID-19 on Thursday, as the unnamed competitor will have to complete 14 days of isolation before being allowed to take part in the games.

Japanese broadcaster NHK reported that the athlete’s positive test was the “first time that a foreign athlete who is staying at or was heading to a facility managed by the organizing committee has been found to have the coronavirus.”

Although they have not yet tested positive themselves, six Team GB (Great Britain) participants and two staff members have been forced to self-isolate after coming into contact with someone who later tested positive in Japan.

Following their flight over to Japan last week, 14 members of the South African men’s rugby team were also forced into self-isolation after they came into contact with someone who later tested positive.

Which Athletes Pulled Out of the Event Due to COVID-19 Prior to Traveling to Tokyo?

Several athletes pulled out of the event over the last month after testing positive, as the competition’s tennis tournament will go ahead without multiple big stars due to a combination of COVID-19 and injuries.

British women’s number one Johanna Konta pulled out of the Olympics last week after her training was disrupted by a positive test and the effects of the virus.

Australia’s top-ranked men’s player Alex de Minaur pulled out after his test screening before his flight to Tokyo came back positive, while British men’s number one Dan Evans also had to pull out after his contraction of the virus was confirmed prior to traveling to Japan.

Tokyo is currently seeing an increase in positive tests and was placed under its fourth state of emergency in June after suffering a rise in COVID-19 cases. Some 1,008 positive tests were confirmed in the city on Sunday, according to data collected by Johns Hopkins University.

Tokyo hosting the Olympics has caused controversy over the last few weeks, as a recent poll carried out by a Japanese newspaper found that 68 percent of people said that they had doubts about the organizers being able to control COVID-19 infections amid the influx of more than 11,000 athletes.

The survey also found that 55 percent of those asked completely opposed the Games going ahead in Tokyo, while about three-quarters of the 1,444 respondents of the poll said that the decision to ban spectators from events was the right one.

Still, following the batch of cases over the weekend, International Olympic Committee (IOC) President Thomas Bach insisted that the games, which will run from July 23 to August 8, will be “safe and secure.”