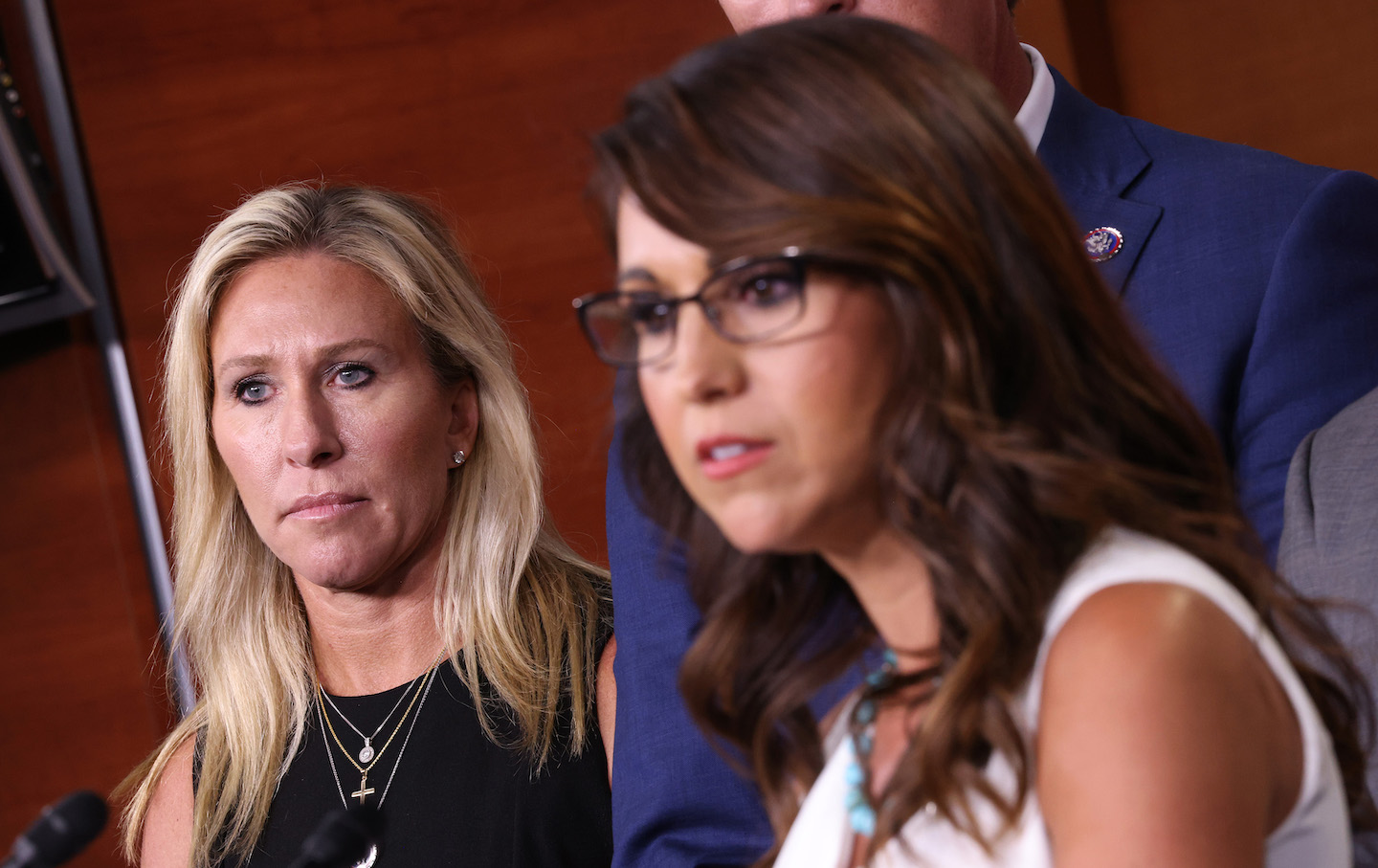 Congress should identify, investigate, and expel members of the House and Senate who aided and abetted the insurrectionists who stormed the US Capitol in an effort to overturn the results of the 2020 election. That is the constitutionally appropriate and practically necessary response to a coup attempt that now appears to have involved not just violent right-wing extremists from across the country but also Republican representatives who swore an oath to “support and defend the Constitution of the United States against all enemies, foreign and domestic.”

The identification process has been jump-started with Rolling Stone’s exclusive report, published Monday, revealing that congressional investigators had met with two planners of the January 6 “Stop the Steal” rally, at which former President Donald Trump incited insurrectionists to storm the Capitol. Those planners disclosed to the committee that they had meetings with House members or staffers as they planned rallies protesting the results of the 2020 election.

“This is the first report that the committee is hearing major new allegations from potential cooperating witnesses,” explained Rolling Stone, in its report on interviews with two of the January 6 protest planners. “While there have been prior indications that members of Congress were involved, this is also the first account detailing their purported role and its scope.”

The planners identified Georgia Republican Marjorie Taylor Greene as one of the members they plotted with, along with Republican representatives and staffers from the offices of close to a dozen other members. Other House Republicans who engaged in the plotting, personally or via assigned staffers, reportedly included Republican Representatives Paul Gosar of Arizona, Lauren Boebert of Colorado, Mo Brooks of Alabama, Madison Cawthorn of North Carolina, Andy Biggs of Arizona, and Louie Gohmert of Texas.

“The two sources also claim they interacted with members of Trump’s team, including former White House Chief of Staff Mark Meadows, who they describe as having had an opportunity to prevent the violence,” according to the report.

This is more than enough information to compel the January 6 committee and the House Ethics Committee to immediately open investigations into the accusations against these members, with an eye toward confirming their involvement with the planning of the insurrection. If evidence of seditious activity is obtained, then the members should be expelled from the House in accordance with Section 3 or the 14th Amendment to the US Constitution. The section is explicit and unequivocal in stating:

No Person shall be a Senator or Representative in Congress, or elector of President and Vice-President, or hold any office, civil or military, under the United States, or under any State, who, having previously taken an oath, as a member of Congress, or as an officer of the United States…to support the Constitution of the United States, shall have engaged in insurrection or rebellion against the same, or given aid or comfort to the enemies thereof. But Congress may by a vote of two-thirds of each House, remove such disability.

Written in the aftermath of the Civil War to disqualify supporters of the Confederate rebellion against the United States, this section of the Constitution can be read as barring insurrectionists and their allies from seeking seats in the House and Senate. But it can also serve as a basis for expulsion of seditious members of the House, as Representative Alexandria Ocasio-Cortez (D-N.Y.) proposed Monday. “Any member of Congress who helped plot a terrorist attack on our nation’s capitol must be expelled,” explained Ocasio-Cortez. “This was a terror attack. 138 injured, almost 10 dead. Those responsible remain a danger to our democracy, our country, and human life in the vicinity of our Capitol and beyond.”

The vehicle for expulsion already exists, thanks to Representative Cori Bush (D-Mo.), who in January sponsored legislation to hold to account any House Republican who supported what she described at the time as a “white supremacist coup.” Bush did not get the support of Democratic leaders in the House. But she was speaking the truth about the motivations of the coup plotters; now, even President Biden echoes her language, saying, “The violent, deadly insurrection on the Capitol nine months ago, it was about white supremacy, in my opinion.” And she was outlining the only appropriate response to their congressional accomplices.

“The actions of the Republican lawmakers who tried to overturn the valid results of the 2020 elections must not only be condemned in the strongest possible terms, but I believe the members who attempted to disenfranchise voters and incited this violence must be removed from Congress,” Bush said of the resolution. It directs “the Committee on Ethics to investigate, and issue a report on, whether any and all actions taken by Members of the 117th Congress who sought to overturn the 2020 Presidential election violated their oath of office to uphold the Constitution or the Rules of the House of Representatives, and should face sanction, including removal from the House of Representatives.”

Bush’s resolution, which has attracted 54 cosponsors, can be approved with a simple majority vote. That can jump-start the Ethics Committee inquiry. It can also signal to election officials in states across the country that members who have engaged in insurrection must be barred from ballots in 2022.

The group Free Speech for People has contacted secretaries of state and other election officials to inform them that Section 3 of the 14th Amendment disqualifies “elected officials who gave aid or comfort to the insurrectionists.” The hope, according to constitutional lawyer John Bonifaz, the group’s president, is that the state officials will bar seditionists from ballots in 2022 and 2024.

Congressional support for Cori Bush’s resolution serves a two-fold purpose. It can and should lead to expulsions of any and all members who aided the insurrection. It also formally identifies seditionists who should be barred from ballots.

This is no time for forgive-and-forget politics. Members of Congress, Democrats, and responsible Republicans, have to have the courage to confront colleagues who invited deadly violence into the Capitol of the United States of America.

Bush is ready. “My resolution to investigate and expel the Members of Congress who helped incite the deadly insurrection on our Capitol is just waiting for a vote,” she said. “It’s inexcusable to wait any longer.”