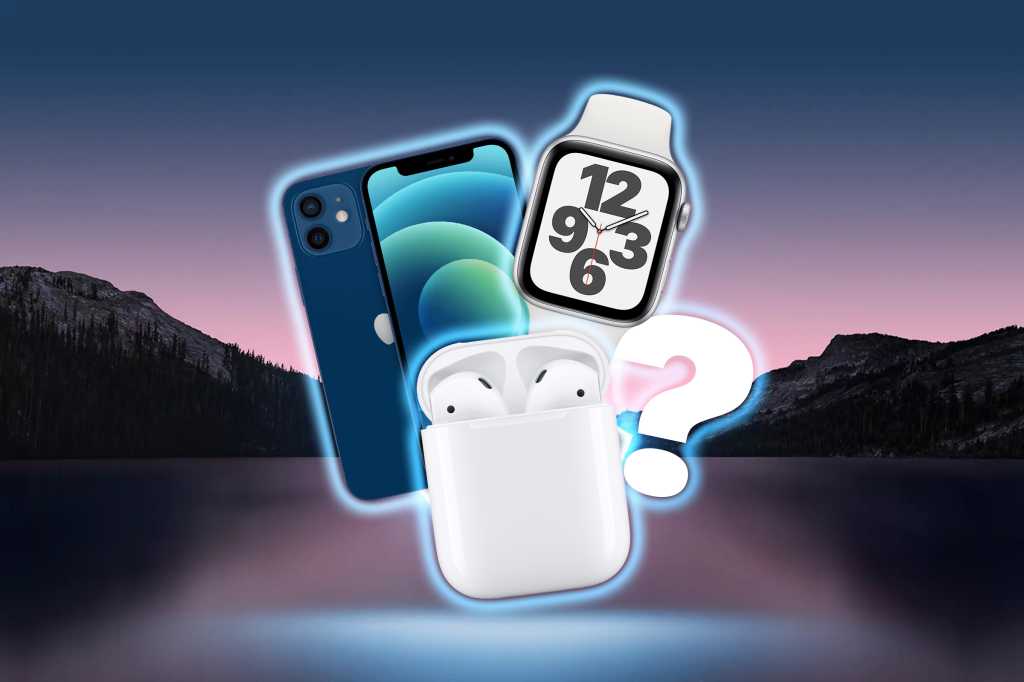 The bigger Apple has gotten, the easier it seems to have become to anticipate the company’s plans. Turning a battleship isn’t easy or subtle—it’s going to make waves.

That’s true in both general terms—expect a new iPhone every fall—as well as, thanks to a leaky supply chain, the specifics. None of which means that the Cupertino-based company can’t keep some surprises up its sleeves, but despite Tim Cook’s repeated insistence that Apple is doubling down on its security and secrecy, information still seems to make its way out.

So, as we look forward to Tuesday’s event, teased with the tagline “California Streaming”, here’s what you might expect to see when Apple executives take the stage.

It’s generally accepted that the iPhone 13 lineup will look a lot like the iPhone 12’s: four models: a pocketable iPhone 13 mini with a 5.4-inch screen, a standard iPhone 13, and same-sized iPhone Pro 13 with 6.1-inch displays, and finally a hefty 6.7-inch iPhone 13 Pro Max.

Don’t look for a massive redesign in this year’s version, though there are whispers that the 13 series could feature a smaller notch than earlier models at the top of the display. All phones will doubtlessly feature upgraded processors in the form of what will probably be dubbed the A15, and will probably see improvements to their camera systems as well.

There are likely to be, as ever, some differences between the standard and Pro models. This year, rumors say that it will take the form of the ProMotion display, which first debuted on the second-generation iPad Pro in 2017. This technology supports refresh rates up to 120Hz, which provides smoother animations and scrolling. The iPhone 13 Pro series is also said to get a Cinematic Video mode that may do for video what portrait mode did for photos. Finally, if the iPhone 13 does indeed follow in the footsteps of its predecessor, expect colorful exteriors for the standard models, with the Pro line offering only a few muted tones—to the disappointment of more than a few customers.

One late-emerging rumor suggests that the iPhone 13 line—or some subset thereof—will feature the ability to communicate with satellites. This feature is reportedly intended for use in emergencies where there’s no cellular connection available, such as remote areas where people may be hiking or potentially even on the ocean.

As for availability, it’s possible the iPhone 13 might succumb to some eponymous bad luck: supply chains have been slower than ever, so initial shipments of the phone may go faster than usual. But if Apple is holding an event next week, that means it’s confident it can deliver, so don’t expect it to deviate too substantially from its usual schedule. Phones will probably still go on sale on Friday, September 17, to ship at the end of the following week.

Finally, wherever the iPhone 13 goes, expect iOS 15 to follow. The major software release announced at Apple’s Worldwide Developers Conference in June will bring a new Live Type feature, systemwide translation, and better notification management, among other features. It could see a release in the next few days.

In recent years, Apple has traditionally grouped its iPhone and Apple Watch announcements, which makes sense, given that the latter device still requires the former. Hence, it seems likely that a Series 7 will appear next week alongside the iPhone 13.

However, recent reports suggest that the Apple Watch may be running into manufacturing delays that could see its announcement pushed until later in the fall. There’s precedent for separating the two: last year the Series 6 and Apple Watch SE accompanied September iPad updates, while the iPhone lagged behind until October.

But beyond that, details are scarce, even in the rumor mills. Speculation says no new health sensors are in the offering for this year, with reports focusing almost exclusively on a revamped external design that features flatter sides, à la the iPhone 12, and more recent iPads. That would be the first big change in the aesthetics of the Watch since the Series 4. Also part of the redesign could be slightly larger displays, which in turn would increase the sizes to 41mm and 45mm, respectively.

Previous rumors suggest that there might be new “styles” of Apple Watches, including a ruggedized outdoor version, but there hasn’t been much to corroborate that in recent months. Such a design, if it actually makes it to production, would probably not arrive until next year.

And, of course, watchOS 8, which was first shown off at WWDC back in June, will no doubt make its debut alongside a Series 7 Apple Watch, bringing its handful of new features, including a new watch faces, support for naming timers, and improved text entry.

Oftentimes in the past, Apple has held a single fall event with all of its announcements. In more recent years, that’s been upped to two events. Last year, in the height of the pandemic, Apple held three separate hourlong pre-recorded events throughout the fall. It’s anybody’s guess how this year will shake out.

There have been persistent rumors of a new version of the AirPods, featuring a redesign with a smaller stem, similar to the AirPods Pro (though probably without the silicone tips), with better audio features and possibly improved battery life, though it’s unclear what else they might bring.

There are plenty of other products that Apple could choose to update. The iPad Pro was updated in the spring, and the iPad Air remains a competitive device, but the eighth-generation iPad is about a year old and could see a refresh. Recent supply shortages seem to point to a replacement potentially arriving soon. And, of course, hope springs eternal for the occasional resurrection of the iPad mini, which might finally get a modern redesign as well as a commensurate power upgrade.

All indications are that new 14-inch and 16-inch MacBook Pros, powered by the successor to the M1 processor, are waiting in the wings. If they’re ready to go, it’s not impossible that they could arrive at this event, which would certainly delight pro users waiting for a more powerful Apple silicon-based Mac. (A higher-end Mac mini may also be in the offing.) But it’s equally likely that they’ve been targeted for October, to coincide with the release of macOS Monterey.

Finally, it’s hard to look at “California streaming” and not assume that the company will have something to share about its burgeoning Services division—perhaps something related to Apple TV+? It’s potentially easier for the company to keep its service announcements under wraps; last year Apple announced Apple Fitness+, and it’s showed no signs of slowing down in this arena. So, despite it sometimes seeming like there are no surprises left, expect that Apple’s managed to hold back at least one thing that nobody saw coming.

Dan has been writing about all things Apple since 2006, when he first started contributing to the MacUser blog. He’s a prolific podcaster and the author of sci-fi novels The Aleph Extraction, The Bayern Agenda, and The Caledonian Gambit.