Everything to Know About King Charles’s Biscuits Company, a Real Thing 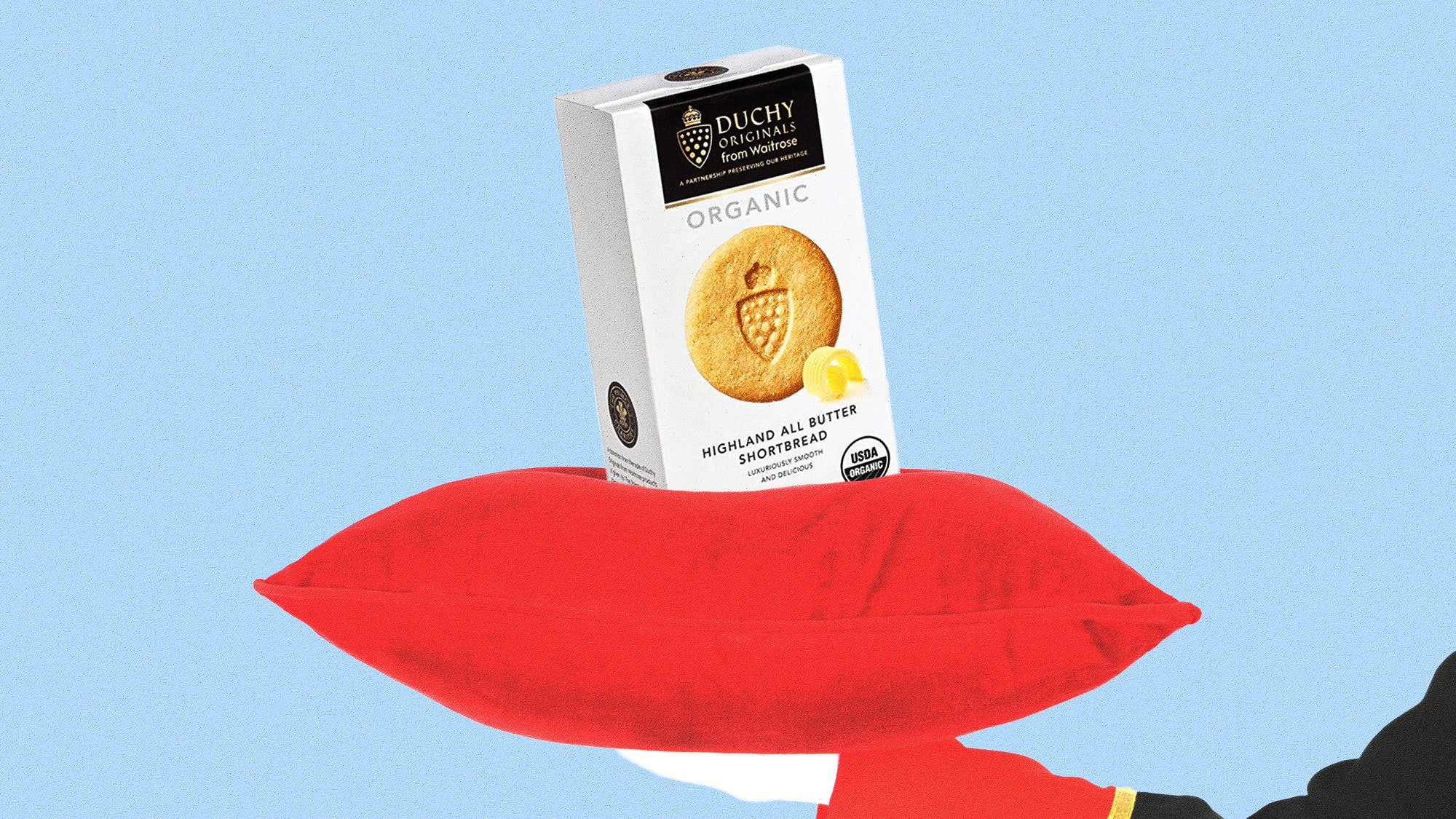 The newly crowned King Charles III is known for many things, including his tempestuous relationship with Princess Diana and concurrent affair with Queen Consort Camilla Parker Bowles. But his food and produce company, Waitrose Duchy Organic, remains a little-known fun fact for much of the world, royals-obsessed or not.

Since 1990, the company (called Duchy Originals then) has produced organic and sustainable foods such as jarred olives, biscuits, and milk “produced on 26 farms in the West Country” that “isn’t homogenized, so the cream rises to the top,” according to Waitrose’s website. In 2009, the company partnered with the posh UK supermarket to become the country’s largest store-label organic food and drinks brand.

But Charles is not actually on the road to biscuit billionaire-hood. All profits from the company are donated to charity, as is customary for royal businesses, according to the Prince of Wales’s website. The brand says it has contributed over 30 million British pounds to the Prince of Wales’s Charitable Foundation since it partnered with Waitrose in 2009. (It’s not clear what this means for Charles’s taxes; crown bodies such as the Duchy of Cornwall generally do not pay taxes, but the royal family volunteered to start paying income tax a few decades ago.) Now, after 30 years of operation, the King’s ascension to the throne in September means that he no longer holds the title of Duchy of Cornwall. That was passed to his son, William, who ostensibly may oversee the next phase of the Waitrose Duchy Originals company.

Millions donated to charity is all well and good, but are the biscuits delicious? As a connoisseur of delightfully overpriced supermarket products, I convinced myself it was worth it to spend fifteen whole American dollars (plus shipping) on a box of Waitrose Duchy Organic biscuits. To get the most authentic Duchy experience possible, I sampled the brand’s Oaten Biscuit as well as the Highland All Butter Shortbread—two product names that seemed so quintessentially British, so prim and proper, that I found myself subconsciously muttering a sheepish “innit” to myself while browsing the options.

I’m thrilled to report that King Charles’s shortbread is, in fact, delicious. The thin rounds were crisp without crumbling, and they tasted delicately buttery minus the overpowering sweetness found in many shortbreads. The oaten biscuits, the company’s first and most well-known product, had a satisfying snap and tasted much subtler—not sweet, featuring the muted honey flavor of oats. While reviewers on Amazon generally agreed that these were all-around respectable biscuits, they also agreed on one other point: For a palm-size box of 12 thin cookies, Duchy Organic was altogether too pricey.

Despite the high-end price tag—or perhaps because of it—the brand hasn’t been without scandal over the years. In 2008, the company partnered with Nelsons, a Britain-based alternative medicine company, to create Duchy Herbals’ Detox Tincture, a “natural aid to digestion” that, according to experts, did approximately nothing. Edzard Ernst, a professor of complementary medicine at the University of Exeter, said that there was no scientific evidence to support the efficacy of the detox tonic. It’s “outright quackery,” he told the BBC. The company’s chief executive, Andrew Baker, responded at the time that there was no “make believe” and no “superstition” in any of the herbal tinctures.

Waitrose Duchy Organic is just one manifestation of Charles’s long-held interest in organic food and farming. In 1980, when he moved to Highgrove House in Gloucestershire, he began converting hundreds of acres of the house’s lands into biologically sustainable farmland. Produce from this part of the estate, called the Duchy Home Farm, was used to create the first Duchy products. In 2020, Charles announced he wouldn’t be renewing his lease on Home Farm, although he’d continue farming at another estate.

At the foundation of it all, though, is the humble oaten biscuit. “Who would have thought that 21 years later, Oaten Biscuit would have turned into a brand worth [$115.2 million]?” Charles said at an anniversary event for the company in 2013. Although King Charles may no longer be leading the brand, his organic products will continue to grace shelves across the UK and all over Amazon. God save the oaten biscuit.