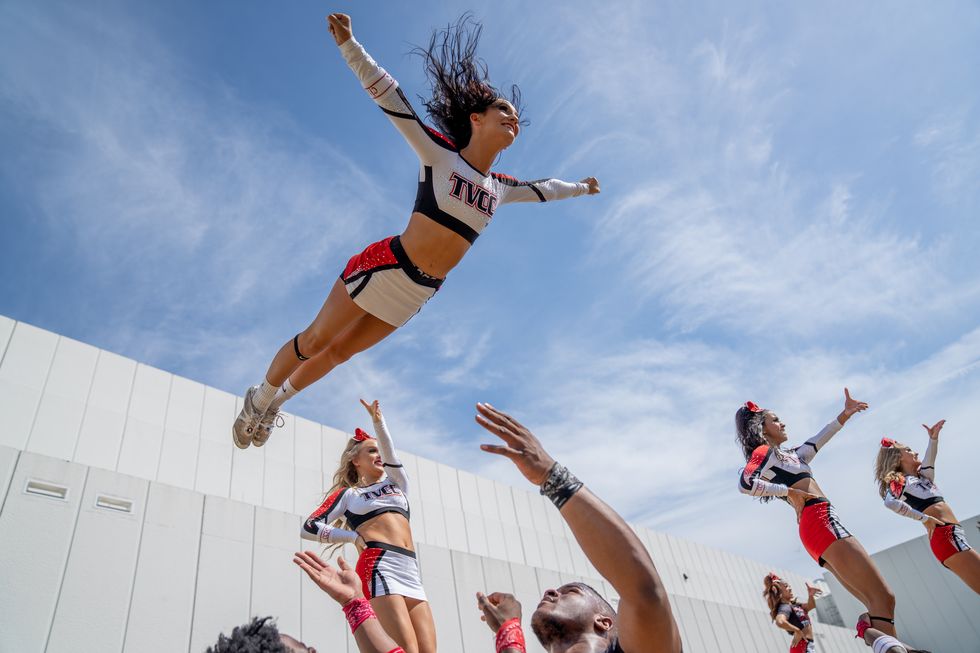 Netflix’s hit show, Cheer, about the trials and triumphs within the highly competitive world of cheerleading, is back. In its second season, the show becomes even more than a day-by-day documentation of the Navarro cheerleading team and their attempt to win another championship; with the unexpected success of the first season, there’s new emotional and professional stakes that come with the athletes’ newfound fame. Plus, the documentary has to reckon with the arrest of Jerry Harris, arguably the biggest breakout star of the Netflix show’s first season.

Viewers also meet brand new faces from Navarro’s rival school, Trinity Valley Community College. We see how both schools deal with last year’s deadly Texas winter storm, and the challenges of the pandemic, in the midst of training for the 2021 Daytona Collegiate National Championship (it was cancelled in 2020 due to the pandemic).

The second season dropped on Netflix on January 12. Since the show focuses on Monica Aldama and her well-known cheer program, as long as there’s a NCA competition at the end of the year, there’s more to film for the popular documentary. So, has Netflix announced a third season of Cheer yet? We have the most up to date answers on Cheer’s next season.

Here’s everything we know about Cheer season three.

Is Cheer Renewed for Season 3?

Netflix tries not to highly advertise when they’re filming Cheer, as the recent surprise announcement of its second season can tell you. It probably wouldn’t feel authentic to have hordes of fans crowding the school when the team is trying to get practice done and film a hit television show.

So for now, we have no news from Netflix on the third season. According to NCA’s website, the NCA & NDA College Nationals are planned for April 6-10, 2022, so if the ongoing pandemic doesn’t cancel the competition again, it’s possible there could be more Cheer in late 2022.

Otherwise, 2023 may be the earliest we see Navarro and Trinity Valley again.

Who Will Return for Cheer Season 3?

There’s no Cheer without Monica Aldama, so she’s a definite return. As for her cheerleaders, after 2020, many of the names we’ve come to know through the series have since moved on, including Lexi and Morgan. We’re most likely going to see brand new faces. At the end of the season, though, we also saw a few cheerleaders who already announced they’d return to cheer at their respective teams. Navarro’s Brooke and Gillian, plus Trinity Valley’s Dee are a few athletes we can expect to see in the third season.

Check back here for any further news about the next season of Cheer.

Milan Polk
Milan Polk is an Editorial Assistant for Men’s Health who specializes in entertainment and lifestyle reporting, and has worked for New York Magazine’s Vulture and Chicago Tribune.