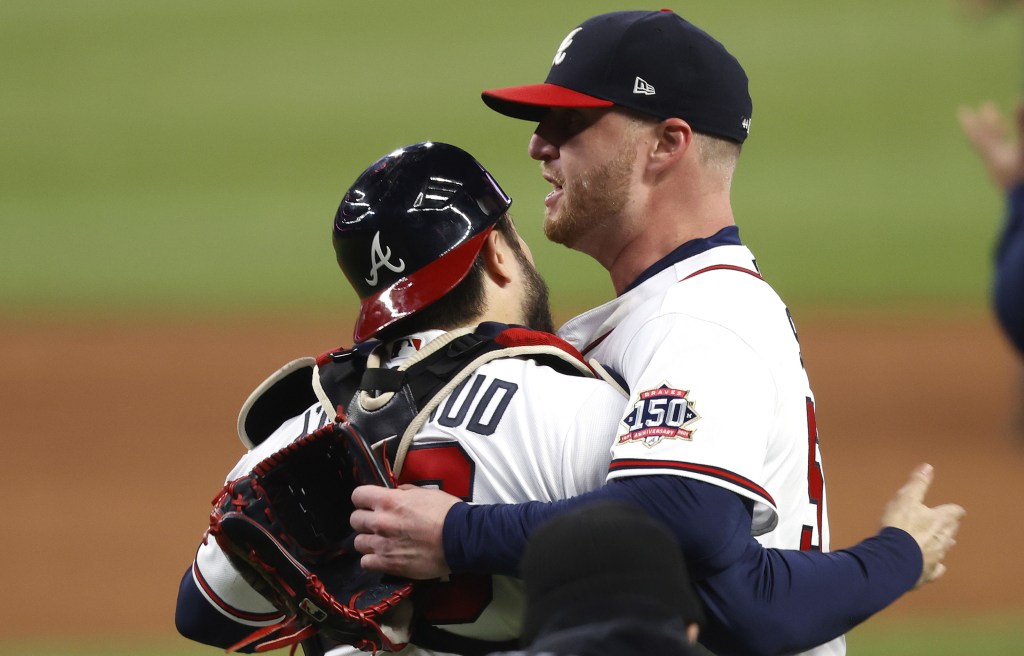 ATLANTA — Travis d’Arnaud’s stock has only risen since his August return from a torn thumb ligament.

The former Mets catcher, who played only 60 games during the regular season because of the injury, has been among the Braves’ heroes early in this World Series. He entered Game 4 on Saturday night with two homers in the series before going 0-for-4 in the Braves’ 3-2 win over the Astros. He has also earned strong reviews for his handling of the team’s pitchers.

“I don’t know that we talk enough about what we were missing,” manager Brian Snitker said before his Braves took a 3-1 World Series lead. “We lost him for a hundred games this year and [missed] how valuable he was to this pitching staff. When he came back, the trust that everybody has in him. It was the offense, the defense, the whole thing.”

Upon his return from the injured list, d’Arnaud received a two-year contract extension worth $16 million that includes a club option for 2024.

“I don’t like comparing teams,” d’Arnaud said. “Both staffs were great. Both [rotations] were great. Both bullpens were great. From what I learned in 2015 is that it’s still baseball. Don’t let the lights get too bright. Just go out there and play your game and do what you’ve been doing all year with the focus of just trying to win the series.”

Carlos Correa, an impending free agent, was asked about potentially playing his final games for the Astros during this World Series. The All-Star shortstop was a centerpiece of the 2017 championship team and the AL pennant winner the following season.

“I’ve enjoyed every single second of it with this group of guys,” said Correa, who was 1-for-4 with an RBI in Game 4. “It just feels like we want to go out there and win it. It’s really hard to get to a World Series. Three years out of five, it’s pretty special. It will be even more special if we can win it. We didn’t win the last one, that one still hurts.”

Alex Bregman has 60 career postseason hits, putting him on a list of players to reach that plateau before turning 28, which includes Derek Jeter (93), Correa (77), Chipper Jones (68) and Albert Pujols (61). Bregman went 0-for-5 with two strikeouts in Game 4.