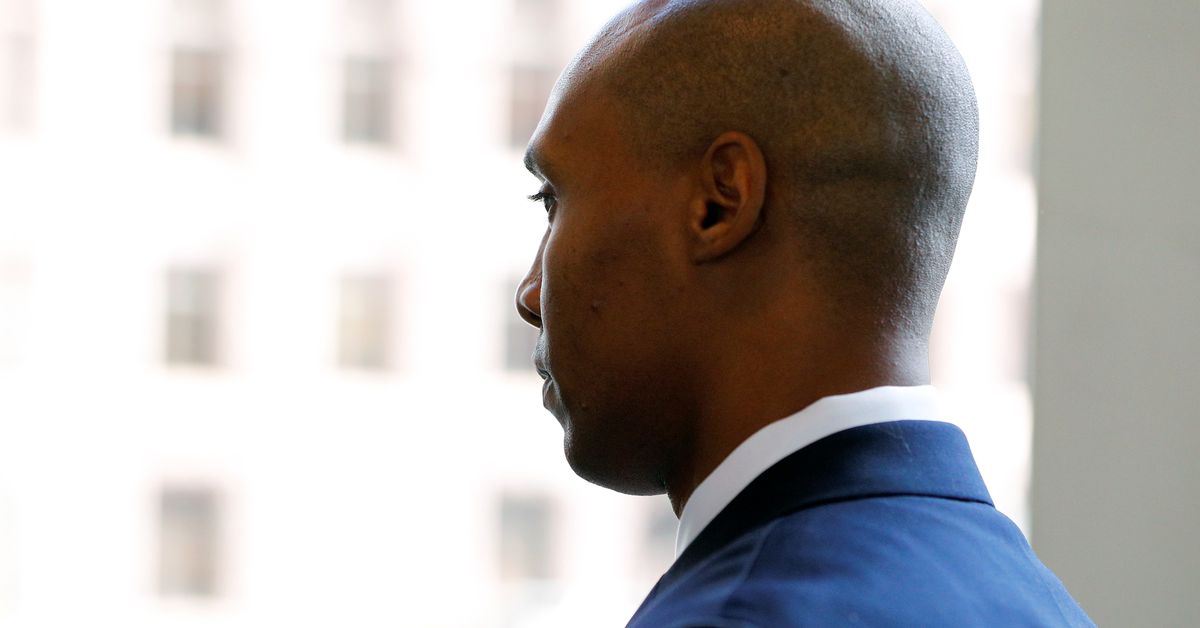 Mohamed Noor walks out of the courthouse during a recess on the first day of opening arguments of his trial, charged in the 2017 fatal shooting of 40-year-old Australian woman Justine Ruszczyk Damond, in Minneapolis, Minnesota, U.S., April 9, 2019. REUTERS/Adam Bettcher

Oct 14 (Reuters) – Lawyers for a former Minneapolis police officer who fatally shot a woman while responding to a 911 call in 2017 are asking for his prison term to be significantly reduced to 41 months in a resentencing next week, according to a court filing on Thursday.

The leniency request came after the Minnesota Supreme Court last month vacated the third-degree murder conviction of Mohamed Noor, 35, ordering him to be resentenced on a lesser charge of second-degree manslaughter. read more

The woman, Justine Ruszczyk, 40, called the police on the night of July 15, 2017, after hearing a woman screaming near her home. As she approached the police vehicle, the officer, Mohamed Noor, fired his gun at her from the passenger seat, killing her.

Defense attorneys Thomas Plunkett and Paul Engh asked a Hennepin County District Court to sentence their client to 41 months, the low end of the sentencing guidelines for the manslaughter charge. If the request is granted, Noor could be released soon because most of the time has already been served.

Noor’s attorneys said he has been a “model prisoner”, receiving only positive behavior reports. They also cited the heightened infection risks he faced due to the coronavirus pandemic as a factor in favor of a shorter prison term.

“He has spent his time giving back to the community he has found himself in,” the attorney’s wrote in the filing. “Mr. Noor has demonstrated that he is ready to return to ‘normal’ society and will continue assisting those in need around him.”

The high court overturned the third-degree murder conviction because it said a lower court erred in finding that Noor committed a “depraved-mind murder” while at the same time finding that he specifically intended to shoot Ruszczyk.

Rather, it found that a “generalized indifference to human life” necessary for a third-degree murder conviction in Minnesota “cannot exist when the defendant’s conduct is directed with particularity at the person who is killed.”

Noor will now be resentenced on the lesser manslaughter count, which carries a maximum sentence of 10 years.